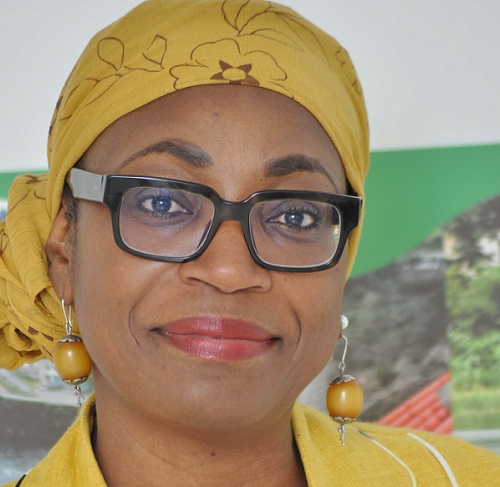 “We have outsourced the task of taking care of our problems and at the same time the opportunities we have with it… “Ali Mufuruki.

I reflected over the words of Ali Mufuruki, Tanzania’s entrepreneur, philanthropist and leadership coach at a recent African Leadership meeting held in Dar. I remember pondering away, weighed by the avowal in his voice that accompanied the quiet sermon worth its weight in gold. Have we really outsourced the task of taking care of our problems and the opportunities that come with problem-solving?

During this week’s climate summit, convened by the Secretary-General António Guterres in New York, the climate change crisis has gathered new momentum. Students across the world are on strike as they demand greater commitment and stronger action from world leaders. At the same time, I am left wondering how Africa is preparing itself for the summit and beyond. Though this climate summit may not be in the same order of magnitude as COP 21 of some three years ago, the problems still remain.

In fact, if there is one certainty it is that climate change has assumed a vital position in our societies, businesses and daily lives. While the urgency that Africa displays is apparent – especially given that it is the only region of the world that has a dedicated Committee of African Heads of States on Climate Change (CAHOSCC) which discusses strategic climate change matters in order to arrive at a common African position – might it be erroneous to lump all the countries together under the ubiquitous ‘African’ label?

The recent IPCC Climate Change and Land report (2019) revealed worrying signs. Africa’s land – the cradle of its food system – is under serious threat.  This report is of tremendous significance for Africa, not least because populations are projected to nearly double the current 1.5 billion by 2050. Indeed, out of Africa’s total land area (2,966 million hectares), 494 million hectares are degraded.

The United Nations Convention to Combat Desertification (UNCCD) estimates that land degradation affects up to two-thirds of productive land area in Africa. Even with high average growth rates at nearly 4 percent, Africa ranks as the world’s second-most unequal continent[1]. In addition, food imports are on the rise in Africa, valued at more than US$35billion annually, a figure that could rise to US$110billion by 2025 if current trade trends continue.[2]

Though initiatives like the Nationally Determined Contributions (NDCs) demonstrate the ‘can-do’ attitude of the region, there is a strong need to get back to basics – and managing land resources should be a starting point. Indeed, it seems inconceivable that a continent endowed with more than 60 percent of the world’s uncultivated arable land is unable to feed itself.[3] Yet while the challenge is huge, it is not insurmountable. Managing land resources would mean staying ahead of food production, which in sub-Saharan Africa needs to increase by 60 percent over the next 15 years to feed the growing population. Innovative solutions that can help farmers boost harvests and make certain staples such as wheat more drought and heat tolerant are coming to the fore; and so too are drone technologies that monitor crop health to help farmers mitigate crop failure and disease.[4]

The world is fast-evolving, and Africa along with it. The global climate issue is not simply about carbon emissions, though this has been the currency of power since the industrial revolution, but about Africa finding its own space within the world economy. The hardware and software elements of change must come together as important perquisites, as well as actionable plans that are sometimes lost in the exuberance of seminal conferences. And, yes, we can lament weak institutions in Africa, but these will not get stronger if steps are not taken to bring them to renewed health.

Our institutions need to be more adaptable in a 21st century world where power lies in the hands of those who control the prevailing narrative. How can countries in Africa control the climate narrative when the power to activate plans is ‘outsourced’ to stakeholders with the power-strings to fund them? Given the range of national, regional and international plans that are held up on the development conveyor belt, most African countries will need two lifetimes to implement their own agendas. Strengthening capabilities to respond to international agreements is important, but countries must also apply urgency, creativity and innovation to fire-up national plans and drive them into implementation.

Many of the institutions that will drive implementation are starved of resources; and when they have some functional capacity they have to fight to remain relevant. Yet the fight to abate the impacts of climate change has to be addressed at several vantage points, not least organisational and institutional. African countries have to invest in their organisational capacity if they are to reduce climate impacts. This is critical, because if the impetus on climate action is heavily tilted toward international agreements and their implementation, the continent will continue to let the tail wag the dog. Worse, the creativity and innovation that comes from looking introspectively at ‘indigenising’ the issues and finding local solutions may be lost.

But with all this, the climate summit’s effectiveness will be dependent upon where Africa ‘sources’ the action behind the plans. First, time is crucial. Often, government officials have multiple roles to play, juggling conflicting priorities, identifying implementation gaps and designing bankable proposals. In the meantime, the capacity to manage, institutionalise, lead, and exert pressure on local action and functions is much reduced – given the ebb and flow of climate diplomacy at the global level.

Second, the funds necessary to implement climate action need strategic planning for effective use. Climate finance has been subjected to intractable conversations that have retained the double standards and power politics linked to climate change, leaving the big players with new aces in their back pockets while the rest are compelled to look for new allies or a new mission to power through this crisis. Africa and its Small Island Developing States (SIDS) need to revisit their NDCs and make a compelling case for why the remaining carbon budget should be about smart planning and consistent action.

Controlling the narrative and the opportunity that comes along with it means engaging in resilient development. Perhaps it is now time to switch gears and find the opportunities behind the floods, the droughts and the human metaphors associated with climate extremes. It is time for Africa to mirror the same energy and passion embodied by the recent climate strikes to find benefit in managing climate change. The difficulty is recognising that Africa has options beyond the limits of ineffective governance mechanisms, rapid unplanned and unregulated urbanisation and growing impacts of climate change and its manifestations (deforestation, sea-level rise, soil erosion, floods, desertification, etc.).

The new urgency is not only to apply steady pressure on the world’s conscience – as part of the soft power that Africa wields – but for Africa to turn its attention to sourcing business opportunities as it manages climate change. While climate justice may not stretch as far as asking the rich nations to scale down on growth for Africa to lay claims on the rest of the atmospheric space, the continent can certainly find momentum in identifying how much of the new green growth it wants to own. The continent can manage and lead the change narrative by showing others how they can invest in a ‘just transition’ based on a new business model.

Climate change opportunities abound, and Africa needs new confidence and urgency to ‘source’ a new growth model that is modelled on climate-resilient development – this time with Africa in the driving seat, ensuring that future generations and their opportunities are not outsourced to new ‘bidders’.

With no tourists to watch migration, Kenyan operator’s planes are grounded

Gov’t should provide protection on mine concessions – Chamber of Mines

5 mistakes people make with their money