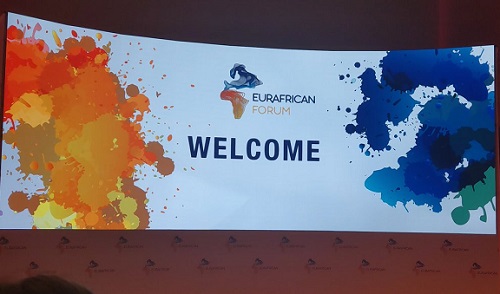 Europe and Africa are inextricably linked by history, geography, and economic ties. Today, securing a peaceful and prosperous future on either continent requires cooperation by both – but not the donor-supplicant relationship that has defined “cooperation” in the past. Instead, leaders on both sides must build an equitable strategic relationship that benefits Europe as much as Africa, and Africa as much as Europe.

African and European leaders must now lay the foundations for such a relationship by agreeing on a forward-looking strategy that addresses structural imbalances, harnesses the benefits of migration, and delivers tangible benefits to their citizens, especially those who have been left behind or are particularly vulnerable to climate change. And they must commit to its long-term implementation.

The pillars of such a strategy have already been identified. Since being convened last year by Friends of Europe, the Mo Ibrahim Foundation, and the ONE Campaign, the EU-Africa High-Level Group – of which we are all members – has been working to identify essential steps for making progress in core policy areas. Those efforts have produced a four-point action plan for creating a more dynamic, equitable, and sustainable shared future.

The first step is to ensure adequate opportunities for young people. As of the end of 2018, youth unemployment (ages 15 to 24) in the European Union stood at 14.8%. In Africa – the world’s youngest continent – it is even higher: in Northern Africa, the youth unemployment rate is likely to exceed 30% this year, with young people 3.5 times more likely than adults to be unemployed.

Europe and Africa must work together to ensure that the next generation – that is, the 663 million people under age 14 who will inhabit the two continents in 2020 – does not share the same fate. To that end, leaders should set the specific target of guarantee that at least 20% of them – about 130 million people – have the skills they need to participate effectively in the labor force when they reach working age.

Reaching this target will require investment in formal education systems that teach both the foundational skills – critical thinking, problem solving, and literacy – and the specific skills, such as in climate-smart agriculture, that students will need in a fast-changing labor market. Digital tools that lower the cost of access and improve accountability are also needed, with special attention paid to closing the gender gap.

Entrepreneurship should be encouraged as well. But true cross-continental networks will function effectively only when populations in Europe and Africa internalize the sense of connection and a shared future. That is why the second key action that we identified is to foster people-to-people exchanges, by enabling at least 20 million people to study abroad. Governments should invest in a scaled-up version of the EU’s Erasmus scheme that includes Africans, as well as cross-continental cultural programs and networks of those working in education, technology, and creative industries. To facilitate skill-sharing without risking a brain drain, European and African leaders must also build reliable migration structures – and ensure that those who return home can thrive.

To succeed, African and European leaders must commit to another key goal: delivering hard and soft digital infrastructure – or “e-frastructure” – that benefits at least 100 million people. One way forward would be for governments to leverage public funds to de-risk investments, thereby attracting private financing. (To achieve the United Nations Sustainable Development Goals, similar strategies are needed to spur the private sector to pursue other impact investments in Africa.)

Investments in energy and connectivity – the backbone of shared future prosperity – should begin in countries that stand ready to lead in the digital economy, facilitated by a fast-track approval process that emphasizes quality and cost-effectiveness. And they should be backed by investments in skills training and market linkages, to enable entrepreneurs to take advantage of this new infrastructure to expand their businesses and create the jobs Africans need.

The fourth and final priority that we identified is a reset in the Europe-Africa relationship that establishes the geopolitical alliance as a top priority. In the context of an equitable partnership based on mutual respect and a shared future, Europe and Africa should build legal and regulatory frameworks that facilitate inter-continental trade integration, boost transparency and strengthen tax collection, and improve investment conditions. We hope the African Union and the EU appoint senior leaders to work exclusively on strengthening the EU-Africa partnership.

Africa and Europe are facing a hugely attractive co-investment opportunity. But making the most of it will require difficult policy reforms and large-scale policy coordination, with government, business, and philanthropists all playing a role. If everyone does their part, the social returns promise to be as potent as the economic ones.

FULL SPEECH: MESSAGE ON THE STATE OF THE NATION BY THE PRESIDENT OF THE REPUBLIC, NANA ADDO DANKWA AKUFO-ADDO