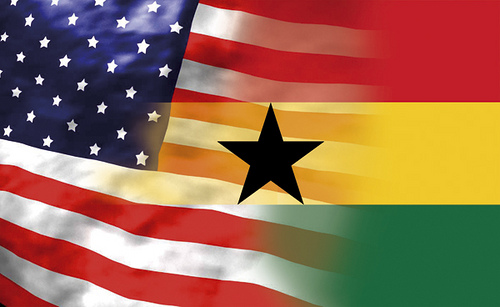 The Embassy of the United State of America in Accra has held a colourful ceremony with live band music and fireworks to mark its 243rd Independence anniversary.

Ms. Stephanie Sullivan, the US Ambassador to Ghana, said the close ties between Ghana and the USA is evidenced by the number of Americans resident in Ghana, attending Ghanaian universities, and visiting Ghana each year.

The Ambassador commended government’s commitment to providing a stable environment toward educating the youth, especially children with boundless dreams and talents to be realised.

Ms. Sullivan said the US will continue to support Ghana’s promotion of Science, Technology, Engineering and Mathematics (STEM) education – foundational areas to transform such dreams into actions – Ghanaians will need to build on a solid foundation.

“It’s noteworthy that President John F. Kennedy, who founded the Peace Corps, was also the president who first articulated the dream of putting a man on the Moon. Some people at the time thought such a dream was completely unrealistic. But it was not,” she said.

“Nor are the dreams of Ghanaians unrealistic. When we talk about assisting Ghana in its journey to self-reliance, we do not focus on the difficulties but imagine the possibilities.”

See Also:  Tiny voices from the streets …the children left behind

She recalled that last month at the Lawrence Technological University in Michigan, nine girls from Methodist Girls’ Senior High School in the Eastern Region town of Mamfe triumphed over 24 other teams to win this year’s World Robofest Championship.

Ms. Sullivan said the American private sector, including zipline a company using drones to deliver critical medical supplies such as blood, vaccines, and antivenin to remote Ghanaian communities, is helping Ghana “to lay stones along this same foundational path”.

“I see a Ghana that is ever more prosperous, with stronger education and health care systems for its people; enjoying sustainable economic prosperity, and fully at peace. Indeed, the United States will continue to be by your side as we work together toward Ghana’s own limitless future,” she said.

Mr. Ambrose Dery, the Minister of Interior, assured the US government of Ghana’s commitment to deepening bilateral relations and workinf to end the visa restrictions imposed on Ghana.

The two countries, he said, has enjoyed bilateral relations which date back to the days of independence, and expressed Ghana’s profound gratitude to the US government for funding initiatives in the area of democracy, accountability, governance, security, health and agriculture.