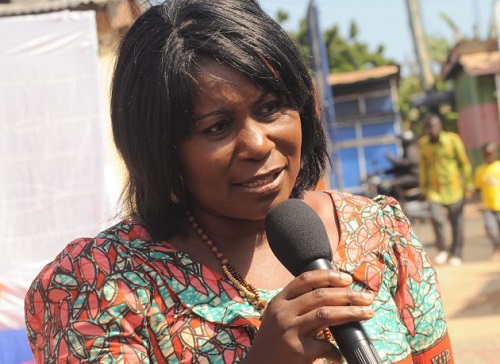 Ghana’s fishing stock is fast-depleting and likely to collapse in the near-future if measures are not put in place, Minister of Fisheries and Aquaculture Development, Naa Afoley Quaye, has revealed.

She said there has not been a bumper harvest since the late 90s; a situation which she said might collapse the country’s fishing industry if proper measures are not taken to reverse the situation.

The minister disclosed this when she officially declared an end to the closed-season of the Densu Estuary for oyster pickers in the Ga South Municipal Assembly of the Greater Accra Region.

The five month-long closed-season has boosted oyster yields, and she cited this as a good initiative that need to be extended in the marine fishing sector to ensure the country gets a bumper harvest from fishing.

“There has not been a bumper harvest since the late 90’s. The people’s fish stock is so low it might collapse if measures are not taken,” she said.

She said government is committed to making fishing a viable economic venture to attract many people in the costal areas.

Under its Sustainable Fisheries Management Project, the USAID and its partners used the Densu Estuary closed-season as one of the three pilot projects in Ghana to demonstrate the viability of coastal fisheries collaborative management.

Meanwhile, Kizito CUDJOE reports from Kumasi that the United States of America has congratulated the Densu Oyster Pickers’ Association (DOPA) and the Development Action Association (DAA) for their successful completion of the second annual oyster harvesting closed-season.

Located in the Tsokomey community of the Ga South Municipal Assembly, both DOPA and DAA are local, community-led, non-governmental organisations committed to protecting Ghana’s oyster stock.

As a result, DOPA, DAA and other stakeholders successfully implemented the annual five-month closed-season to boost oyster yields.

The Densu Estuary closed-season is one of three pilot projects in Ghana to demonstrate the viability of coastal fisheries collaborative management.

USAID also supported the ministry to develop a National Co-Management Policy, currently under review by the ministry.

USAID/Ghana Economic Growth Acting Team Leader, James G. Lykos said: “The successful closed-season proves that when the responsibility for decision-making is shared between government, citizens and other stakeholders, resource management is more effective and sustainable”.

The Minister of Fisheries and Aquaculture Development, Elizabeth Naa Afoley Quaye, and Municipal Planning Officer of the Ga South Municipal Assembly, Mr. Dela Sasu, lauded the successful partnership between the government of Ghana, DOPA, DAA and the Tsokomey community.

The fishing subsector since 2006 has contributed less than 3 percent to the country’s economy, according to the Ghana Statistical Service (GSS) data.

Sadly, after 2008 its contribution has never passed 2.7 percent.

Currently, its contribution to GDP is at a paltry 1.2 percent from the 1.1 percent recorded in 2016, clearly reflecting a sector that is in terrible distress.