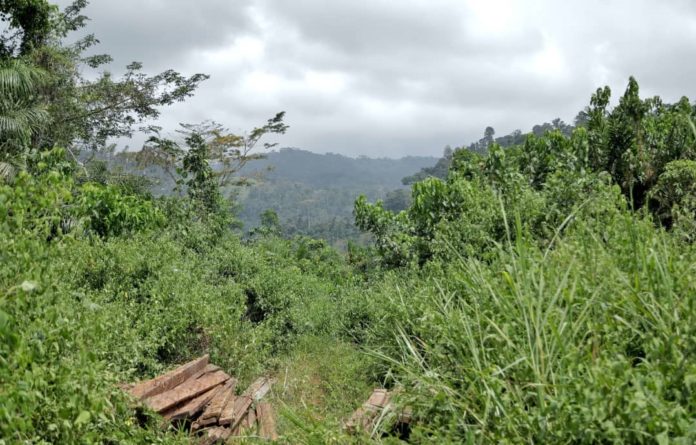 Over 20,000 people, including environmentalists and nature-based NGOs, have already signed a petition calling on government to declare Atewa Forest a National Park instead of ‘selling it off’ for mining activities.

“Despite government’s assertions, bauxite mining would forever destroy the Atewa forest, leaving extinct species and dried-up water sources in its wake,” said Daryl Bosu, deputy national director of A Rocha Ghana, part of a coalition of conservation organisations with over 15 million supporters worldwide that are calling on government to abandon plans to mine the forest and instead declare it a National Park.

“It is still not too late for government to stop this disastrous mine in its tracks, and instead champion Ghana’s incredibly rich natural heritage and the interests of the five million Ghanaians who depend on Atewa Forest for their water,” added Bosu.

Unlike Ghana’s existing bauxite mine at Awaso, which locals describe as a “desert of red mud”, Atewa Forest is teeming with life, home to at least 50 mammal species, more than 1,000 species of plants, at least 230 species of birds and more than 570 butterflies – some of which are found nowhere else in the world.

A recent Global Forest Watch report also estimated that there had been a 60% increase in Ghana’s tropical primary rainforest loss in 2018 compared to 2017, the highest in the world.

In 2016, A Rocha and partners published a report that showed that protecting Atewa Forest as a national park with a well-managed buffer zone around it – rather than mining it for bauxite – has the highest economic value for the country over 25 years, with tremendous benefits to communities both upstream and down.

Funds from the bauxite mine will be used to repay the Chinese company Sinohydro for infrastructure projects in Ghana. SRK Consulting, a global company with offices in Europe and the US, has been contracted to develop the mine plan, with initial reports due this month.

“The Ghanaian government must prioritise what is invaluable for the people of Ghana: Atewa Forest is the crown jewel of the country’s biodiversity, and the water tower for three major river systems,” said Frederick Kwame Kumah, WWF Africa Region Director. “Bauxite mining in Atewa will cause unimaginable destruction to the forest and river ecosystems, and directly impact people’s basic livelihoods.”

Simon Stuart, Synchronicity Earth’s Director of Strategic Conservation added: “If mining proceeds in the Atewa Forest, not only will we seal the fate of several species – including two endemic frogs – but we also set the appalling precedent that mining can proceed in hugely important places for biodiversity without an Environmental Impact Assessment. We call on the government of Ghana to cancel this project and to stop the damage before it is too late”.

Ecobank and Google collaborate to keep children learning during the COVID-19...