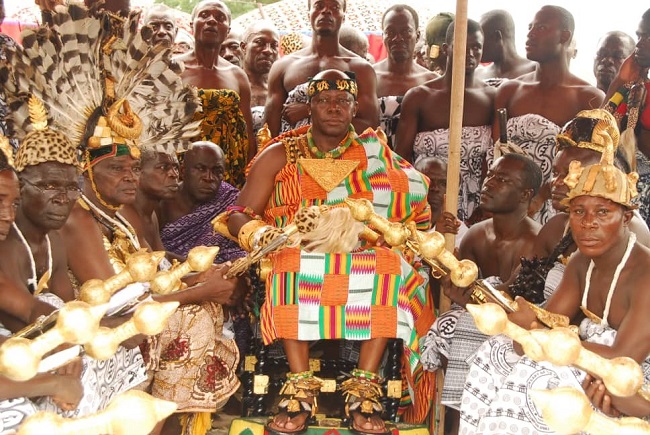 Barring any last-minute changes, the Asantehene, Otumfuo Osei Tutu II, will break ground for the commencement of work in redeveloping the Central Market into a modern market as he marks his 20th anniversary.

The project, which forms part of the Kejetia Market Redevelopment, is expected to enhance business and trading activities in the country’s hub of small businesses, Kumasi, and will be one of the biggest modern markets in the West African sub-region.

Like the Kejetia Market, the Central Market will have extensive infrastructure – including extensive toilets facilities, clinic, day care centre, car parks among others.

The completion of the project is among others expected to bring to an end to the frequently experienced fire outbreaks that was the case in the old market, with all the necessary infrastructure while also removing the continuous congestion experienced at these two markets.

At the first sitting of the Asanteman Traditional Council in the year, the Planning Committee of the Asantehene’s 20th Anniversary celebrations, announced that as part of activities to mark the two decades of Otumfuo’s ascension to the throne, there will be a groundbreaking ceremony to usher in the project’s start.

This will be in addition to the planned official unveilling of Otumfuo’s statue, located inside the Us$298million Kejetia Market project constructed by the Brazilian firm, Contracta Eng. Ltd.

It will also include a Video and Photo Exhibition on twenty years of Otumfuo’s reign, Asanteman Education Awards, a grand durbar and golf tournament among other activities.

Banks showing faith in agric sector …as lending to sector...

COVID-19 is the IMF’s chance for redemption

Our commitment to excellence is unwavering – CWG boss