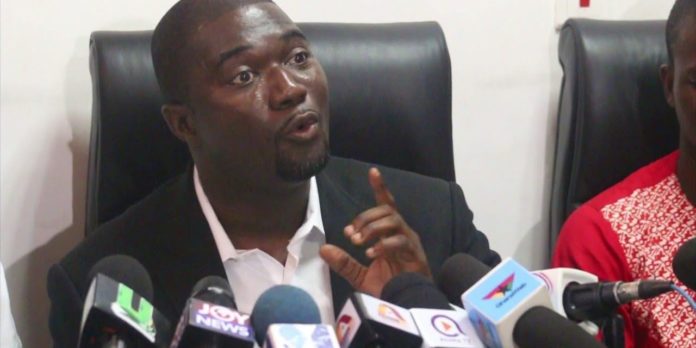 The Chamber of Petroleum Consumers, Ghana, (COPEC) has hinted at its readiness to push for appropriate and adequate compensation for all the unsuspecting customers of oil marketing companies cheated of fuel.

This comes after the Ghana Standards Authority (GSA) made unannounced visits to 65 fuel stations in the Greater Accra and parts of the Central Region a few weeks ago.

During the visit, ten filling stations were found to be “under-delivering the right quantities of fuel to customers”.

Speaking at a press conference in Accra – reporting back to the public and key stakeholders on current happenings fron some oil marketing companies adjusting their pumps to cheat the public – Mr. Duncan Amoah, the Executive Director of COPEC, said the chamber is also recommending legal action against the identified filling stations in addition to compensation.

He said three more filling stations have been found to be still shortchanging customers after a follow-up by the Chamber of Petroleum Consumers.

These are Frimps Oil on the Kasoa Road, Goodness Service Station, and the Shell service station at Amanfrom. “They have since been advised by the chamber to shut down,” he added.

He said: “Since the Ghana Standards Authority’s report was issued on 9th June 2019 – on some ten fuel Retail Outlets which were engaged in the practice of short-delivery to their consumers – COPEC Ghana has been following developments and positioned itself to serve as a catalyst in offering some vitally needed recommendations to Regulators in the industry and other stakeholders on other ways of ensuring we collectively put to an end to this disturbing phenomenon”.

Mr. Amoah admonished the public to volunteer any useful information on any negative or bad practices by any service station across the country, in order to curtail this negative trade that has bedevilled some operators in the petroleum downstream subsector.

He further assured the general public of continuous unannounced spot-visits to all the various stations across the length and breadth of this country, and that COPEC will not hesitate at all in drawing the attention of regulators and the public to any such stations that are subsequently found to be selling fuel without the mandatory dispute resolution device or the 10-litre can boldly displayed at the forecourt.

The press conference also highlighted some of the key industry findings that need urgent address and attention; an overall assessment aimed at addressing some of the key disturbing factors which also put unnecessary pressures on the petroleum service providers (particularly the retailers and dealers); and issues that lead to fuel losses in the downstream fuel industry.

It also offered some recommendations on ensuring the unfortunate incidents of fuel stations shortchanging consumers and the public do not ever recur.