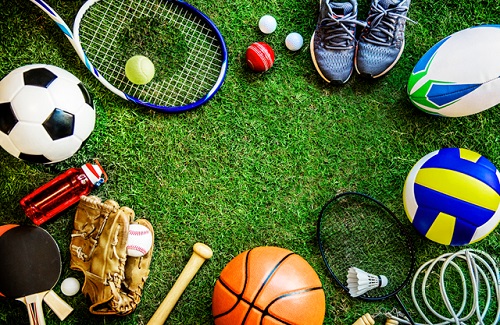 Much before social media had taken over, much before we had concepts like Artificial Intelligence and Machine Learning, a concept that revolutionized the marketing world was introduced.

Launched in a rather innocuous manner in a very unexciting article titled Industrial Marketing in 1969, five decades back, a concept called Positioning was unveiled by Jack Trout. Defined as a device used by consumers to simplify information inputs and store new information in a logical place, Jack Trout possibly did not foresee the irreversible change in the science of marketing he had unleashed.

In terms of bigness, positioning is to marketing what Einstein’s Theory of Relativity is to Physics or Watson and Crick’s DNA Structure is to biology. It altered the way we looked at the world.

Like any savvy marketer, Jack Trout realised that he had hit a goldmine. Positioning – the battle for the mind, written along with Al Ries has gone on to become a bestseller. It has become one of the basic tenets of marketing, much like Faraday’s laws are a basic tenet of electrical engineering.

At its very core, Positioning is the slot occupied by a brand in the consumer’s mind. While the world of business still grapples with this concept and more companies get it wrong than right, there is one area where Positioning stands firm and has stood firm for generations.

In the world of sports.

Who is Usain Bolt? The fastest man on earth. Who is Michael Phelps? The greatest swimmer the world has seen. Who is Leonel Messi? A master footballer.

We remember these names and players because they chose fields and stuck to them, over time, over successful and unsuccessful phases.

Does Michael Phelps play Tennis? Maybe for fun. Does Bolt run the marathon? No. Is Messi a defender or a goal keeper? No, never. The way they play, they do not leave any doubt about where they belong.

To re-iterate what positioning is – it is the slot occupied in the consumer’s mind. The answers we give about Bolt, Phelps or Messi are based on the hooks in our mind. They are NOT advertisements from the respective players about themselves.

While positioning is useful for Organizations and is a way of life for sports persons, can countries use them?

When you think of Germany, you think of brilliant engineering. Italy – fashion, Japan – efficiency, USA – land of opportunity, Switzerland – chocolates, watches. China – where everything gets made!

Ghana? Any one adjective comes to mind? It stands for many things, but nothing razor sharp, right?

And, therein lies the opportunity. In a continuously evolving world, Ghana still has an opportunity to carve out a niche for itself and prosper.

God has blessed Ghana in many ways.

The Global peace index ranked Ghana as the 45th most peaceful country in the world, ahead of many African countries and amazingly, ahead of UK, France and the UAE.

The most friendly, peaceful and hospitable people of Ghana have played a key role in making this happen.

And, it has an abundance of natural beauty.

Whenever I drive past the countryside in Ghana, I roll down my windows. To soak up the visual feast of the most verdant greenery. In Kwahu, the air is so crisp that the poet in you wakes up. In Akim Oda, we have one of the largest trees in the world. A drive from the Cape Coast castle to the Elmeena resort has one of the longest stretches of sun-kissed beaches in the world.  It also has a 365 day year stable weather.

In a world where every country is fighting for attention, for investments, can Ghana position itself as the tourist destination of Africa? Can Ghana combine all the blessings that have been bestowed on it to make it a tourism powerhouse?

Lee Kuan Yew, the man who made Singapore a great nation, in his book “From the Third World to the First” wrote about focussing on tourism, much before Singapore became a technology hub. He said, tourism creates many jobs – you need cooks, cleaners, guides, drivers, hospitality staff. It brings with it construction. It reduces dependency on main cities for economic growth.  It can also help get precious foreign currency.

If Ghana chooses, it can be the tourist hub of Africa.

The way we think football when we hear Mohammed Salah, think tennis when we read about Federer, can we transition to a world where the minute Ghana is mentioned, we hear “The world’s most beautiful country?”.

This can be Ghana’s route to prosperity and greatness.

You want to share your views with Murthy, you can write to him at murthychags4@gmail.com

The views expressed here are those of the author expressed in his private capacity and do not necessarily represent the views of any organization he is affiliated to.

THE NEW NORMAL …working from home

Africa must be aggressive, innovative and increase intra-African trade