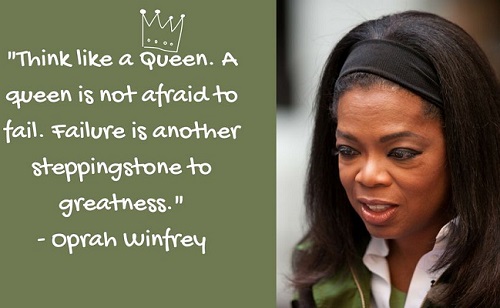 I watched Mr. Prince Kofi Amoabeng, founder and first CEO of UT Bank Ghana Ltd, a few weeks ago on the KSM Show on Metro TV and was filled with mixed emotions. One and a half years after the collapse of his bank, he has re-surfaced ready to bounce back to face the world. That’s it! The Real Jonny Walker! On this note, I wish to dedicate today’s article to Directors and Management of Banks in Ghana who are facing many challenges as a result of the stringent regulatory changes by the Bank of Ghana, resulting in revocation of their banking licences, followed by forced mergers, acquisitions and consolidations. However the interesting thing about famous successful personalities who “fail” is, THEY LEARN THEIR LESSONS AND MOVE ON: AFTER ALL, WINNERS NEVER QUIT!

Let us take a look at some famous personalities who went through painful times and bounced back: The following extract is by courtesy of “Mastering Soft skills for Workplace Success”:

One thing these persons had in common is the refusal to quit. They maintained the belief that they can transform or change a tough situation into something better. They took the difficult situations and found ways to EMPOWER themselves to turn negative thinking into positive thinking. Failing is a part of life. In fact, it accounts for many, many successes – for without failing, success is almost impossible. Learning how to bounce back from failure is not always easy, but it is necessary. Enthusiasm for goal attainment is a necessary characteristic for success.

I am sure many local entrepreneurs are hurting to see their businesses and hard-won reputation falter. Hold it! It could have been worse. Sometimes one has to see the opportunities that some of these “failures” generate. This is a time for sober reflections of what went wrong and how one can bounce back again to show the world what winners are made of. Let us look at some of these root causes of failures and opportunities for entrepreneurs within the local banking scene:

The Role of Bankers

As a banker, what role did you play in the collapse of your bank? Perhaps you knowingly or unknowing played a part in the following:

My Final Words to Ghanaian entrepreneurs

Have you ever failed so terribly that you didn’t want to get out of bed? Sometimes everything falls apart at the same time leaving you unsure of what to do next. Just remember that the famous failures on the above list had some bumps in the road too. And if they could learn the root causes, re-examine and select better qualified and dedicated staff who are assertive and can advise properly, they can go on to become some of the greatest successes in history.

He may be the world’s richest man today, but Jeff Bezos has said that he’s also made “‘billions of dollars of failures.”’ Prior to building Amazon, he built a company called zShops, which eventually sparked the idea for Amazon Marketplace. But even at Amazon, he’s created countless failed products However, Bezos’ believes in creating a culture at Amazon that embraces failure. He doesn’t believe in creating the same products as everyone else. And so being innovative has led to some failure. Today, Jeff Bezos’ is worth $150 billion. Amazon continues to grow into an even bigger and more popular ecommerce website.

Famous failures teach you that sometimes painful setbacks help you learn new skills, get new experiences, and begin a different chapter in life. And it also shows you that just because you move towards another direction, it doesn’t mean you can’t go back.

Don’t quit. Press on and prove to the world what stuff you are made of. Keep walking.

BoG must use Islamic banking to promote financial inclusion – Dubai...