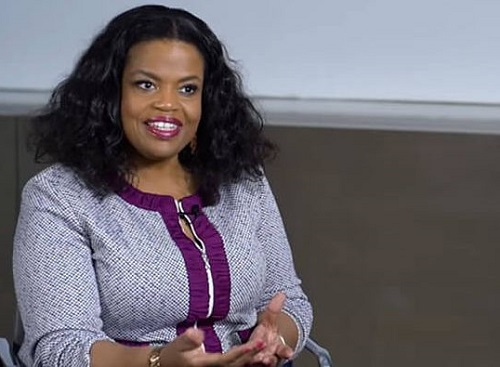 Rosa Whitaker, one of the most prominent African-Americans in Africa today, shares her thoughts on the “Year of Return” and how it should be commemorated tangibly and symbolically.  She has dedicated decades of work to Africa, notably serving as the former Assistant US Trade Representative for Africa; a Career US Diplomat; and, currently as President of The Whitaker Group, which delivers private sector investments across Africa.

Rosa is also an investor in Ghana, with her firm’s acquisition of significant shares in Dominion Television, an Accra-based pan-African television and media platform that will soon be available across Africa on DSTV.  Positioned in the nexus of US and African business and faith communities, Rosa Whitaker is married to Ghana’s own visionary and globally recognized voice in the Christian community, Archbishop Nicholas Duncan-Williams.  Currently, she is also the President of Mercy Ships International, a global Christian charity operating the world’s largest hospital ship which provides free surgeries and medical treatment to vulnerable people in Africa.

Question:        Rosa, as an African-American who has dedicated much of her life to Africa, please tell us your thoughts on the “Year of Return.”

Whitaker:       A strong sense of burden and courageous commitment is the common thread connecting stories of great tectonic shifts in history.  These great shifts include: the emancipation of enslaved Africans in the Americas; Africa’s Independence Movement; the US Civil Rights era; the crumbling of the Berlin Wall; to modern day social justice campaigns populated by activists globally pushing for equality for vulnerable people or protection of the environment. Many history-makers, retrospectively, proclaim that they had no idea during their struggles that they were making history.  They rather tell stories of being summoned by a call to action or feeling burdened by the urgency of the moment.

The 2019 mass emergence of African-American visitors to Ghana responding to the call to ‘Return’ marks the 400th anniversary of, arguably, the most consequential invention of the Western world: The Transatlantic Slave Trade.  The kidnapping and forceful transport of Africans out of the Continent to the Americas and elsewhere remains the single, largest, and longest-lasting episode of forced migration and human abuse in history.  Historians record that the first enslaved people were taken from Jamestown, Ghana to Jamestown, Virginia in August, 1619.  The ‘official’ end of the institution of slavery was in 1865.

Question: What makes Ghana so important in the African-Americans’ quest to return “home”?

Whitaker:       Ghana is recognized as the birthplace of many of the early enslaved Africans.  This is one of the reasons why Ghana has always loomed large in US history, and even more so today as thousands of African-Americans congregate, en masse, to reconnect with their history and the land of their ancestors.   While many pundits, some fallaciously, characterise the ‘Jamestown-to-Jamestown – Year of Return’ as a stroke of genius for tourism, it is abundantly more significant.  The architects of this ‘Return’ Movement, on both sides of the Atlantic, are well aware that we are at a watershed moment to reconnect, rewrite and build on a shared history that was founded on the most horrific institutionalised system of human brutality ever known to man.   The words of author, Patrick Rothfuss, “that story makes you what you are. We build ourselves out of that story,” are so powerfully relevant when I reflect on ‘The Year of Return.’ I am confident that this Movement is ushering in a new era of engagement by Africans — those born on the Continent and those abroad in whom the Continent was born through the seeds of ancestry.  Equally appropriate, are the words of author, Sue Monk Kidd which remind us that “stories have to be told or they die, and when they die, we can’t remember who we are or why we’re here.”

Question:        How should this occasion be tangibly commemorated?

Whitaker:       Substantively and symbolically, we must seize this moment!  I applaud President Nana Akufo-Addo for launching this initiative, which will be forever etched in history.  Earlier this year, The Africa Union passed a Resolution commemorating this occasion.  Last year, the US Congress passed a bill establishing “the 400 Years of African-American History Commission” with a mission to “develop and carry out activities throughout the United States to commemorate the 400th anniversary of the arrival of Africans in the English colonies…in 1619.”  Throughout the US, Africa, Brazil, and the Caribbean, substantive initiatives are being established around this 400th Anniversary and, at the same time, many are learning about this tragic season in our history with more facts and understanding.

Beyond symbolic activities, we should emerge from this season with tangible and sustainable initiatives that will guide generations of Africans and African-Americans into a better future marked by a deeper and mutually beneficial understanding and appreciation of each other; sustainable partnerships; and, cross-cutting collaboration.  To augment and in tandem with the African Union’s, Ghana’s and US initiatives, I have proposed the establishment of a Transatlantic Shared Prosperity Compact (TSPC), that would be part of a new 21st Century articulation and re-imagining of pan-Africanism.  This Compact would comprise several campaigns aimed at leveraging the wealth of knowledge, experience and resources of Africans and African-American people and our institutions to the benefit of:

This all represents the sustainable kind of Compact that I believe would be impactful and meaningful.  It could define 21st Century pan-Africanism.

Question:  I am told that Dominion Television, the pan-African Christian lifestyle media network co-owned by you and your husband, Archbishop Nicholas Duncan-Williams, is producing a documentary “Jamestown-to-Jamestown” to commemorate the ‘Return’ and the Transatlantic Slave Trade. What can you share about this?

Whitaker:   We are excited about this feature documentary that we hope will articulate true stories and unknown facts about this period in history.  Jamestown-to-Jamestown will also document the monumental 2019 ‘Return’ to Ghana and include insights from global historians and thought-leaders.  At the end of the day, our hope is that the documentary will lay yet another firm foundation of our past while contributing to a re-articulation and new definition of 21st Century pan-Africanism that will guide Africa/African-American engagement into the future.   As I have mentioned, shared economic prosperity and economic empowerment of our people must be paramount to this new vision. We can build on a strong shared history, albeit tragic, and our shared stories to guide generations into a promising future. 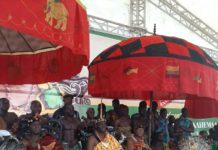 Importers’ capital shrinks after cedi slumps by 9% in a year