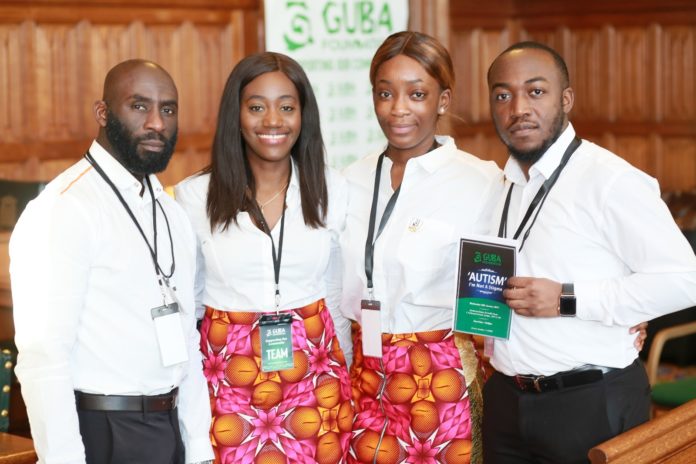 The campaign, which was launched in Westminster early this year, is to raise awareness of the stigma surrounding autistic people and families living with an autism face.

The event highlighted the culturally sensitive stigmas individuals and families with autism face.

In a press release, the GUBA Foundation stated that: “We can today confirm that we have received a substantial donation from The Prince of Wales’ Charitable Fund in support of GUBA Foundation’s Autism awareness campaign – ‘Autism; I am not a Stigma'”.

Also, GUBA seeks to identify and address the social problems and challenges that are linked with Autism within the BAME community and to create equal opportunities by providing access to world class services, recreational options and other resources.

Amma Owusu Afriyie, Charity Manager of GUBA Foundation said: “To have the support from The Prince of Wales’s Charitable Fund is incredible. With the ‘I am not a stigma’ campaign we wanted to provide awareness, support and guidance to families, create strong connections encouraging community cohesion, and ensure that the community have access to the services that they require. Through the backing of HRH Prince Charles and through this sizeable donation we can expand our knowledge into a wider audience and spread the awareness around autism.”

GUBA Foundation has been established to support the African community in the UK and abroad. Since 2012, the Foundation has been raising awareness of issues that impact the community. The current campaign is: ‘Autism – I am not a stigma’ aims to break down cultural misunderstanding about autism, provide support for families affected by autism and highlight the talents of people with autism.

About the GUBA Foundation:

GUBA Foundation was established in 2012 to support the African community in the UK and abroad on issues around disabilities, health, educational attainment and the relief of poverty. Its main aim is to provide support, training, guidance and to build awareness where there is a need for it within the community. The GUBA Foundation is run by a team of dedicated volunteers.

Please see a link to the Foundation website – https://www.gubafoundation.orgz

Train up a child in a way….

Our hands are tied over GITMO 2 – Foreign Affairs Minister