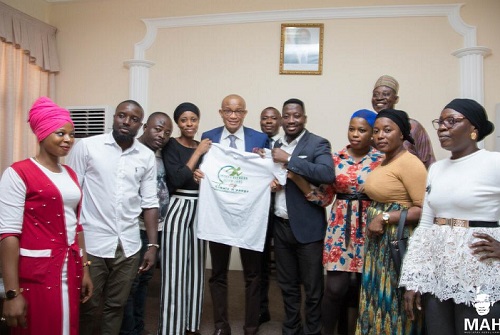 The Minister for Inner City and Zongo Development Dr. Mustapha Abdul-Hamid is set to address a gathering as Keynote Speaker at the launch of Bissa Fitness Club next month in Accra.

Slated for the 5th of October, the event is theme: ‘Uniting Bissa Youth of Ghana through Fitness and Well-being, Education and Empowerment to facilitate meaningful Development.’

During a visit to the minister by executives of the club, Dr. Abdul-Hamid expressed excitement at the gesture, and for the club’s initiative, and congratulated its members.

“I am truly excited that young people like you have taken up such steps to not only exercise for good health, but to also unite the youth of Bissa through capacity building and empowerment.

This is not an easy thing to do, and I want to congratulate the leadership of BFC (GH), as well as members that have supported you to reach this far”, he added.

Quoting some verses from the Holy Qur’an, the minister was assertive that the group’s efforts will only be rewarded with good, saying: “In Suratul Al Rahman verse 60, Allah himself said ‘there is no good other than good’.  Therefore, don’t despair in your effort. You’re definitely on the right path and you have my support,” he noted.

President of the group, Hussein Hassan Yorda thanked him for the warm reception given his team, and promised to make him proud, by delivering on the club’s mandates. 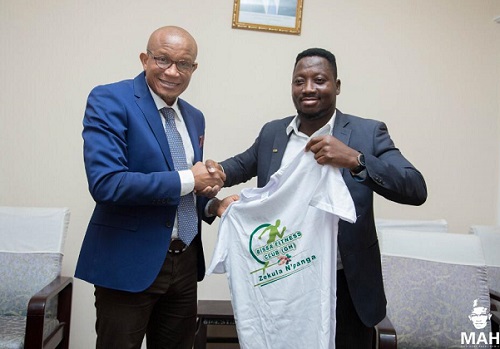 “We are extremely grateful for your endorsement, and it means a lot to us. On behalf of the club, I would like to assure you of our continuous efforts towards this cause, and we will not disappoint,” Hassan Yorda pledged.

As part of activities to create awareness for their launch, the group has been visiting some prominent members of the Bissa Community over the last two months. The exercise is also to formally introduce the club to them, as well as invite them to the upcoming event.

Gearing up for the main event in a few weeks, the group will be embarking on a pre-launch float in the capital on the 29th of September.