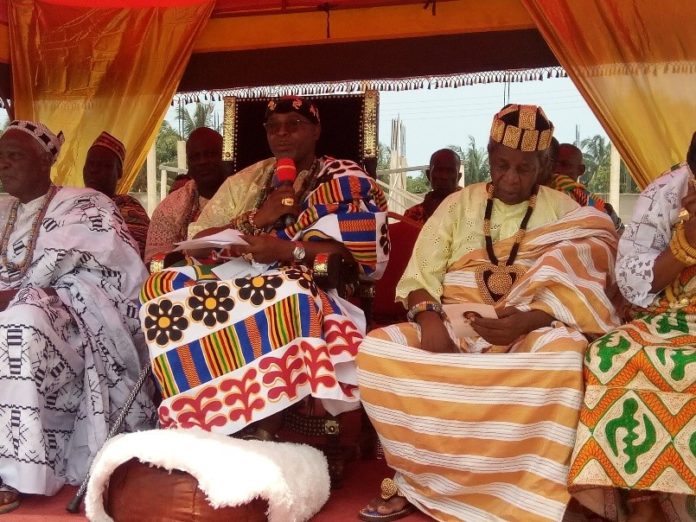 The biggest cerebration of culture and tradition by the people of Keta-Kedzi dubbed Novikpogbe Za (Festival) has metamorphosed into a development avenue that leads to generating funds and planning development for the community.

Novikpogbe Za, which was held over the Easter weekend, started as an annual homecoming event by some enterprising youth of the community that saw all natives of Kedzi who are scattered outside and abroad come home to join their families and friends to celebrate Easter and make merry.

The Paramount Chief (Dufia of Kedzi) of Kedzi, in the year 1970, established his authority over the event and made it a general festival for the community as a medium of unionisation of his people.

The festival which is in its 49th year, is gradually becoming the biggest festival in Keta land and was patronised by people from all walks of life who love to see the beauty of nature and display of traditional regalia. 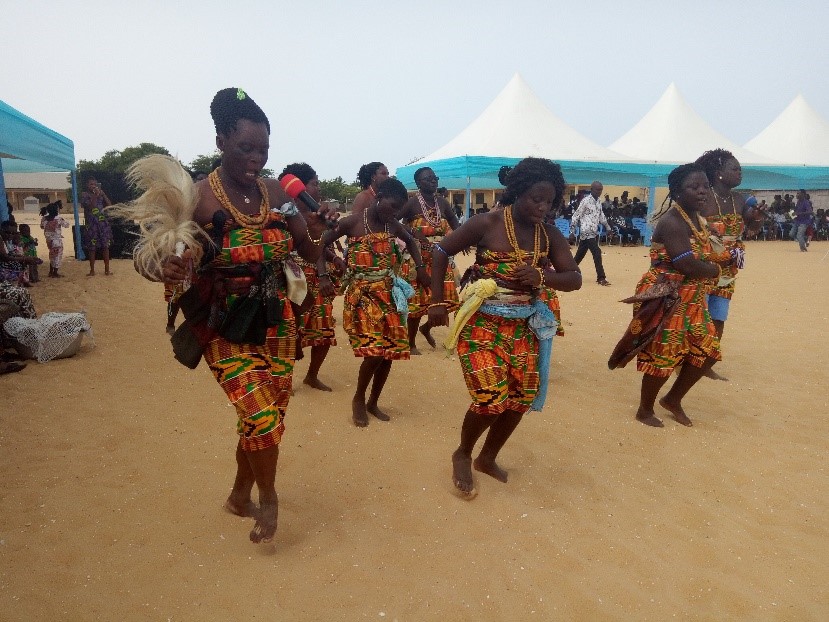 It is characterised by activities such as community clean up and communal labour, grand durbar amidst singing and dancing, an artiste night performance on Saturday night, with a thanksgiving service on Sunday, and climaxed with a beach party on Easter Monday.

Dufia of Kedzi, Togbi Joachim Acolatse V, speaking to the theme: “Harnessing local resources for social-economic development,” outlined the developmental avenues to investor communities, stating that the festival for the first time was launched at the British Council in Accra earlier this year, in order to showcase the investment potentials of the community to the country and rest of the world.

“Nearly 50years ago, a few patriotic Kedzi citizens took the bold decision of starting in small way the bringing together of Kedzi citizens home and abroad to come together at Easter time to socialize and generate the spirit of brotherliness among themselves. From humble beginnings, this has grown into the annual Easter activity climaxed by a durbar which we are witnessing today.”

“This celebration has gone beyond the mere bringing together of citizens for fun but it has metamorphosed into a developmental event to expose Kedzi to the investor community. The investment potentials of our community include; sea front, our sea front has been recognised by government to have the potential for the establishment of harbour. 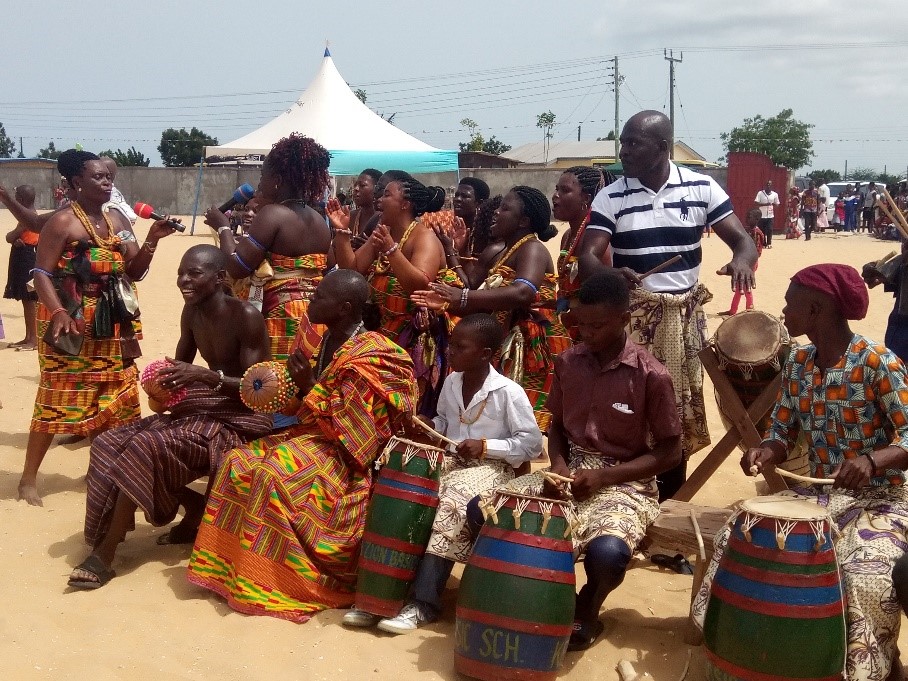 Another investment area is our beach and Lagoon, the government has also recognised the investment potentials in these areas and have mapped out plans to have a discourse with our fisher-folk to develop the industry in a more scientific way by introducing lobsters and shrimping in greater commercial quantities for export,” Togbi said.

Togbi also indicated that the Kedzi Vocational Technical Training School (Kevotech), would provide the basic platform for the sharpening of technical skills of indigenes but seeks to see an upgrade in training equipment to meet job market standards

Municipal Chief Executive, Keta, Godwin Edudzi Effah, said: “the President Nana Akufo-Addo, has signed an Executive Instrument declaring the coastline at Keta as a land designated for a sea port and has already appointed a Director for the port in the person of Dr. Alexander Adusei.

“I want the youth of Kedzi to get ready and prepare themselves to take up jobs when the construction of the port begins in June this year and it is expected to be ready in two years’ time. There would be a lot of job opportunities in there but if the youth are not skilled enough then we have to go and bring people from elsewhere.”

He also indicated that a Driver and Vehicle Licensing Authority (DVLA) as well as Social Security and Insurance Trust (SSNIT) offices will soon be constructed in the municipality which would bring more jobs to the people of Keta.

Present at the grand durbar were indigenes of Kedzi both residents and abroad, tourist from all walks of life, Kedzi Credit Union members from Côte d’Ivoire, Benin, Togo, Accra, Ho, among others. 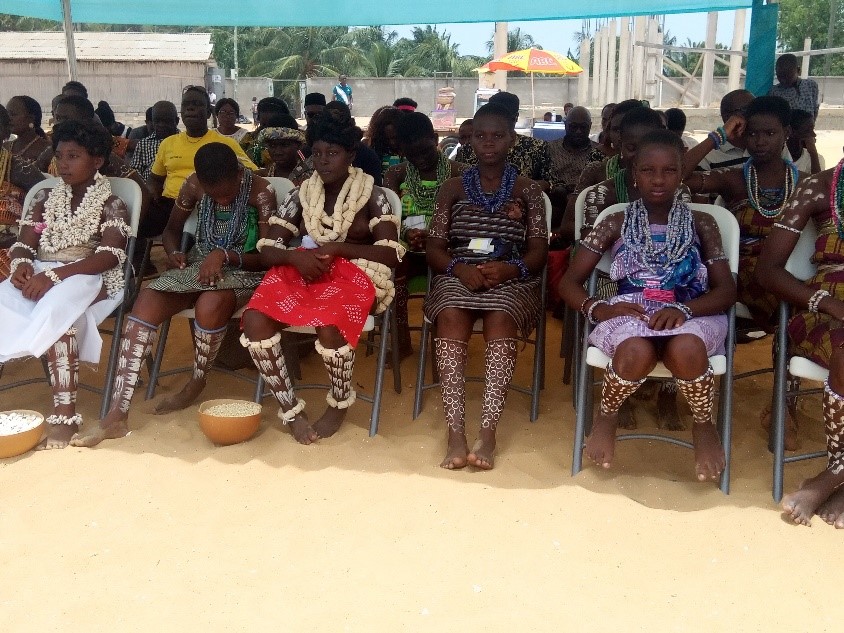 Keta Municipality boasts of serene coastal environment with two main sources of water; the Keta Lagoon and the Gulf of Guinea (Sea). It has some of the cleaner’s beaches in Ghana and life at the reclaimed land communities coupled with the several world class hotels makes the municipality a preferred choice for tourist and weekend getaways.

The geographical location of Keta, hospitality of the people, popularity of Novikpogbe ZA, coupled with the world class infrastructure and the yet to be added sea port will make Keta the probably the number one tourist attraction site in the nation.

Ghana’s Forests: To conserve or not to conserve – Time for...

Public Speaking A to Z: G is for Grateful