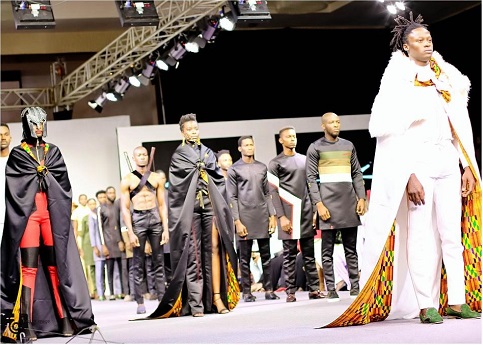 Avid Ghanaian indigenous fashion entrepreneur, Henry Kweku Ghartey known as JayRay Ghartey on day three of the just ended Glitz African fashion Week 2019 stunned patrons by the display of his Castle Black collections which was inspired by the movie Game Of Thrones at the Kempinski Hotel.

Among a dozen of revered  designers crisscrossing Africa, ”JayRay Ghartey FashionHauz” , his brand name was tipped to give patrons a wowzer experience as his models hit the runway. Living up to, and above expectations, he re-lived the suspense, spontaneity and entertainment the series Game of Thrones brought us and melded that into his showcase.

With-it came heartwarming comments from attendees who confessed his choreography and craft captured their attention as he inspired confidence with indigenous Ghananain made caftan’s – the best they have seen thus far –  on the runway, something they have missed on the Glitz stage for a long time.

Edge cutting designs were put front and center, as models wore them with pride and graced the runway, but the tipping point was when he brought out veteran models whose appearance threw audience into a frenzy as they could not hold their hands than to slap them together among cheers and shouts. It got more intense when respectable celebrities; Adjetey Annan, John Dumelo, Okyeame Kwame and Nathaniel Attoh who were adorned with some of his very best designs hit the runway looking superlative.

The designer who for the past three years have built a brand out of cutting fabrics and stitching them together currently runs one of Ghana’s most trusted wear. The brand has been focused on making exciting clothes with fit-for-purpose designs that gave it relevance and shone in recent times, even more sharply now that consumers themselves are increasingly selective about what’s worth buying and what will have longevity in their wardrobes.

“At JayRay’s FashionHauz, everyone’s mind and heart is focused on the same aim: making clothes that give our clients that charming allure anytime they step out with no compromise on quality and longevity as we source our fabrics from the best in the industry. The dream is to give Ghana a face-lift on the international fashion stage and we are focused on the goal.” Shared by Brands Manager Gideon N. Bugli.

The designer whose designs are globe-trotting recently opened up his showroom and launched his most sought after 2019 and 2020 collections which saw the award-winning gospel musician Joe Mettle discover another of his capabilities – modeling. 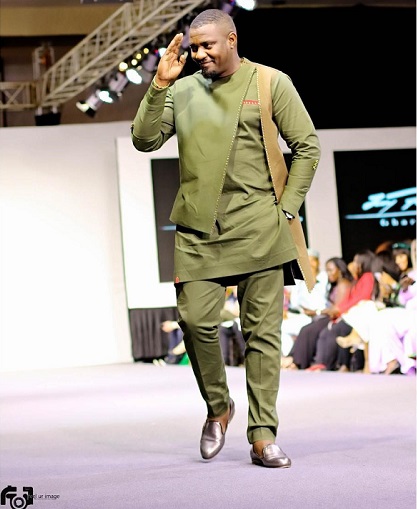 The new assemblage which is the 2019 and 2020 collections which captured the Castle Black Collection appeared effortlessly light, buoyed by new pattern-cutting techniques and expert layering done with the finest finishing’s which has his ever present thin red stapled touch called  “The Blood of Jesus”.

Notwithstanding the fact that consumers are beginning to question the cost and value of clothes in a 360-degree way. JayRay has scaled up

His showroom is located behind the Oxford street mall Osu on the Yeboah Duncan street. At this point a Congratulations to JayRay Ghartey FashionHauz on this feat attained is in order.