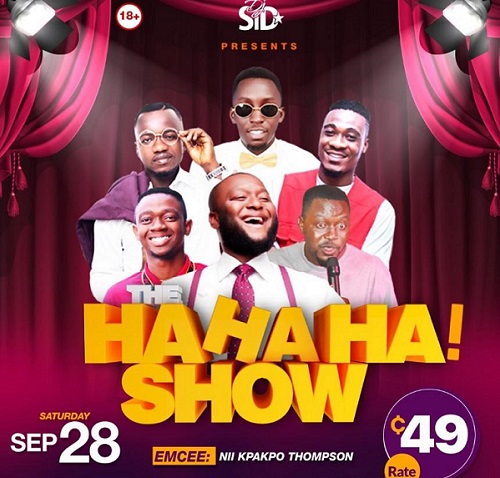 The monthly comedy show, The Hahaha Show, is coming again. This time it is coming with a great bang. Last month’s edition saw comedians crack open the ribs of patrons with series of back to back hilarious jokes. That wasn’t all, musical acts Don Itchy and Note 6, An Acapella Group, blessed patrons with amazing tunes.

The MC for last month, Obrempong was so on point. He kept the energy going after each performance. Basically he made sure there was no dull moment. This month’s edition promises to be bigger than last month’s. From the organization to the performances, you don’t have to miss this show.

Performers billed to take center stage Include Comedian Khemikal, Ajeezay the Nonfa King, Comedian Jerry, Efo Red, Dr. Sas and a guest comedian from Germany. There would be a poetry performance by Rhymes Sonny and a musical performance from George.