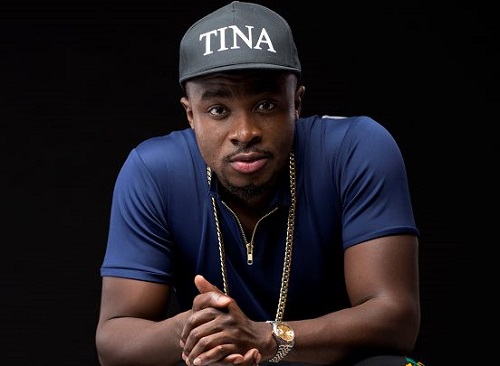 Although the musical accomplishments of Afrobeat pioneer Fuse ODG are significant, the Grammy and MOBO award-winning star is on a mission much bigger than his music. Now a global star, he is using his platform to rebuild the image of Africa, both within the continent and throughout the world.

The 31-year old, born in Ghana and raised in south London, speaks with an inner fire which comes from being a part of a moment in history, one that he is helping to define. He is clearly energized by his projects, talking passionately for the first 13 minutes of our interview non-stop. “We have to step up as a people, and that’s what we’re doing. From changing people’s mentality, and taking action to create a better reality of that new African nation.”

On his Sophomore LP New Africa Nation he is joined by an all-star list of guests including Damian Marley, Ed Sheeran, Stefflon Don and Sarkodie. He explains that the album’s concept is to “provide a platform to showcase Africa in a positive light, to develop a love for Africa, and also develop self-love for Africans.”

Fuse helped to educate many, myself included, when he publicly withdrew from the recording of Band Aid 30, and instead called out the questionable tone of the lyrics. He is candid about the need to overturn damaging stereotypes.

“In the past, I felt like there was hate for Africa. Charitable organizations would show people dying, kids with flies around their mouths. These negative things would make you feel sorry for Africa, but it wouldn’t make you wanna go there. All of these things are quite detrimental in the long run for Africa.”

To help transform the perception of Africa to that of a vibrant and attractive destination, he established the This Is New Africa (TINA) conference and music festival. The event took place this January in Ghana with many high caliber regional and global guests. President Nana Akufo-Addo gave a keynote on how to take Africa beyond aid and “mobilize the sleeping giant of the Diaspora.”

Fuse elaborates on the need for more events like TINA. “Our mission is to develop a love for the continent, so people don’t just give us handouts, but rather they come and enjoy themselves, they come and see an investment opportunity. I feel like we can only be fulfilled, and we can only move forward, if we trade rather than receive aid.”

His work goes beyond his music and these events. He is also rebuilding schools and infrastructure, and creating products for African children to take pride in their heritage and identities, including a range of dolls and books. As he talks about the transformative power of rehabilitating the self-image of Africans the word he uses most is love.

“From developing love and changing people’s mentality, there are actions that we need to take. We will make documentaries that tell us our stories the way they need to be told. Our history needs to be told the right way, starting from royalty rather than starting from slavery. We have so many heroes in Africa whose stories need to get told through movies. When people saw Black Panther, all of a sudden so many people were so proud to be black and African. The concept of Wakanda instilled a huge sense of pride and self-love as a people.”

By contrast to the blockbusting Black Panther, Fuse is clear about the profound impact of negative representation in the media. “A lot of times we’re made to feel inferior due to the fact that there’s not much representation of us in the mainstream. And when there is representation it tends to show things that don’t make us feel proud; they make us feel inferior. Like the image of black men being criminalized in movies, and mainstream news stories about black men and women portraying them as over-sexualized.”

Fuse is clear about the urgency in transforming how African children perceive themselves. His sense of purpose is palpable. “These kids are learning from early. It will make such a major difference in the way that they think about themselves, and the way that they move in life. Rather than losing themselves and trying to be like somebody else, or trying to live up to a certain beauty standard that the world is created, they can be themselves.”

To this end, his collection of Nana Dolls for children was recently launched in Kenya, Nigeria, South Africa and Uganda. The range, based on inspirational African figures, aims to counter an all-too-common scenario which has a long-lasting impact on the self-worth of children. “It is very important for kids in these countries to understand that they’re worth it, they’re royal. It is so insulting to go into stores where there’s a black child standing there and the only option that she has is to pick a white doll. And that’s what’s being portrayed in the media as beautiful.”

He also is keen to acknowledge the pivotal role of social media and mobile technology in helping Africans experience the beauty of their own country. “Mobile technology has changed everything. Social media has been a great tool in all of us connecting and sharing the beauty of our continent across different countries and regions, and making us want to travel across Africa.”

Social media and mobile technology have also helped Africans find their collective voice. He references the flash boycott of Nivea products in Ghana, in response to the company’s billboards advertising skin bleaching products.

“It wasn’t a message that said ‘you should be yourself’. So many people got hold of it so quickly just because of the love that they had for Africa, and they were like ‘No, we can’t have this in the Motherland’. We managed to get a billboard down within three days.”

Fuse speaks with great warmth about the friendship and support of his collaborator Ed Sheeran. He appeared on Sheeran’s record-breaking ÷ album and co-wrote the album track “Bibia Be Ye Ye” while Sheeran visited his projects in Ghana.

As Fuse explains, the level of Sheeran’s support was a world away from the “donate and forget” mentality, and has made a profound difference. “Ed understood it from the point of view of investing in Africa and the long term, rather than ‘let’s do a charity event for the weekend and we just move on’. He understood it from the perspective of ‘why don’t we tell the actual truth’. Let’s create a narrative that will make people want to come to Ghana, to Africa, and enjoy like he’s enjoying it”.

Sheeran financially contributed to the building of a new school, and a new bridge enabling children to attend the school easily, Fuse explains. “That all came from him being around and actually being part of the culture, rather than someone telling them to come in and do a song and then leaving. He came and he soaked in the culture, he saw what was happening. He saw that Ghana is an amazing place.

He saw it with his own eyes, and that changed his whole perspective of Africa. He said to me that he was glad that we had the conversation (about Africa) because he now sees that we need to be careful. You can be doing things out of innocence, and a lot of other artists were doing it because they wanted to help a charity or a project. But really what they were doing was crippling African in the long run.”

Having said this, Fuse is optimistic about the future and applauds some recent changes from organizations like Comic Relief. “The narrative is changing, and the mentality of people in the industry is changing. It’s not about artists giving handouts but rather contributing.”

As Fuse speaks, it is clear that he does not intend to slow down anytime soon. Fuse is as passionate about the importance of better air connections within Africa, as he is about the continent’s significant resources being used to benefit Africans, rather than being relentlessly siphoned abroad. Above all, he is excited about educating and inspiring the next generation of leaders with his projects.

“They will know that they can be themselves from the stories they’re going to read, their heroes, through the dolls or through the music, movies, documentaries and storybooks that we’ll be bringing out. These are the actions that we’re taking for to achieve the new African nation.”

A look at the growing relationship between Ghana and Malaysia

Dangote, the Congo plant and the imperative of African industrialization