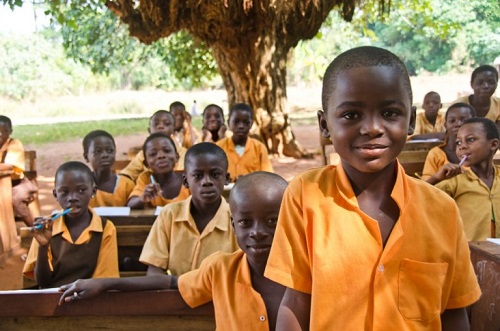 About two years ago, I engaged a man I sat next to in a bus in a conversation. The bus was an Accra-Takoradi bound bus, but I got to know from my conversation with the man that he was going to Cape Coast. The reason why I engaged him in the conversation was that, I heard him lament so much on the phone to someone on the other end of the line about his son.

He complained that his son drinks too much to the other person on the line and it was clear in his voice that he was frustrated.
Out of curiosity, I decided to find out more about his son’s situation. “Sir, I could hear you lamenting about your son. I am also a parent and I am a member of a parenting group (Christian Parenting Fellowship), would you want to share your frustration with your son so I can see if I can possibly help. Even if I am not able to help, I can connect you to someone with our group who can help”, I told the man. “My brother, my son is messing me up. He has developed this heavy drinking habit that is destroying his life and messing me up because I am spending my money and all my time on him. He is currently on admission at Ankaful in Cape Coast. Every week I am supposed to leave my work and visit him at the hospital twice”, he responded. Ankaful is a psychiatric hospital in Cape Coast that also serve as a rehabilitation centre. I sympathised with him and tried to find out about how his son became alcoholic.

He began to narrate his story by telling me that he used to drink himself but not heavy as his son does. He said in those day his son was young, so he used to send him to buy the alcohol for him. He continues to say that he used to give some of the drink to his son but very little. At this point I interrupted him and asked him, “Could he have picked his drinking habit from you?”. The man vehemently protested and said that was not possible. I asked him again, “Why were you giving him alcohol at that tender age?”. He told me something shocking but very common with parents.

He said, “Sir, you don’t know this boy! If I refuse to give him some of the alcohol, the way he will cry. Hmmmm”. I am sure this sounds familiar to most of us. Most parents always take the easy way to solve problems with their children without considering the future consequences thereof and they end up destroying their children destinies. Most parents have given their children the freedom to develop bad habits because we do not want them to cry or we do not want to offend them. How can a parent allow his/her child to use alcohol because he/she does not want the child to cry? I told the man that it is not his child who has messed him up. I told him that he has rather messed his son up by introducing him to alcohol at that early age.

Parents are supposed to raise their children the way they should go so that when they grow, they will not depart from it. So, whether we train them with negative or positive habits, when they grow, they will not depart from it. This man has trained his son to drink alcohol so when he grew, he could not depart from it. His son is now spending his life at Rehabilitation centres to undo or unlearn what he should not have learnt at all in the first place. The father exchanged crying with alcoholism. It was easier to give his son the alcohol than to see him cry. This is what is termed solving long term problems with short term solutions. But is he the first parent to have done that? No, he is not and he would definitely not be the last parent who would do that. Most of us are doing it even now. Most parents give their phones and other electronic gadgets to their one year, two years etc children at that early age because if they don’t the child will cry. I hear Bill Gates and the late Steve Jobs and other gurus at Silicon Valley never give their children the electronic gadgets they manufactured until they are 16 years or more none matter how much they cry. They are the manufacturers of these electronic gadgets so there must be a very good reason why they do that. We buy a lot of things that are not good for our children at their ages because if we say no to their cravings they will cry and we prefer to harm their future destinies than seeing them cry for even five minutes.

See Also:  J.Derobie has made the whole music world listen

There is a story in Judge 14 about a couple (Manoah and his wife) and their son (Samson). Manoah and his wife were childless until an Angel appeared to his wife and told her she will give birth to a son. She actually had a son who was named Samson. The Bible says one day Samson went down to the city of Timnah and met a Philistine woman. When he went back home, he told his parents that, “I saw a Philistine woman in Timnah. I want you to get her for me so I can marry her”. His parents answered him and said, “Surely there is a woman from Israel you can marry. Do you have to marry a woman from the Philistines, who are not circumcised?”. But Samson insisted that, “Get that woman for me! She is the one I want!”. Like the parent that I met in the bus who was giving alcohol to his little son because if he does not give him the alcohol he will cry, Samson’s parents also did exactly the same thing. Their son, Samson, wanted something they knew will not be good for him yet for fear of offending their son they went for the Philistine woman for him. No wonder a promising and destiny child like Samson had his life and destiny destroyed by a woman because his parents allowed him to go for whatever his eye and appetite crave for without any consideration as to whether it is God’s will or ethical or moral right to do that.It is one thing to know what is good for your children and another thing to stand on your ground and enforce it. Many of us have been permissive parents like Manoah and his wife and we end up destroying our children destinies. We need to engage our children and give them the right directions and information and guide them to make the right decisions taking into account whether it is godly, moral right, ethical or whether it is for the common good of humanity. Of course, we should not decide who our children should marry or not marry but we need to tell the consequences of decisions that they take on their destinies. If at an early age we allow them to have their own way anytime they want, when they grow, they will not depart from it. If they have their own way at home, they will want to have their own way at School, and they will want to have their own way at work. Children who are raised to have their own way at all times are the worst and most dangerous people to lead organisations. Next time your Boss sidestep all the rules and regulations of your Organisation, know that he/she was raised that way and he/she cannot depart from it. Being a Boss does not change anything in them. They even become worse. They will use their positions to break every internal control procedure put in place that they are supposed to enforce and uphold. They do not lead by example. They believe in do as I say and not as I do, a stone age leadership style. When they become leaders in an organisation anyone who wants to make sure that they obey the internal controls becomes their enemy. They have been raised by permissive parents who allowed them to have their way and they are not going to depart from it until they hit dead end and fall, sometimes disgracefully.

As parents let us help our children to be good citizens, community members and great leaders. They cannot have their own way. They must be shown the limits they cannot go beyond. They must respect law, order, authority and procedures regardless of their positions. They must be told that they are never above the law none matter their position. They must respect their colleagues and subordinates too. Everything should not always be about them. Children who grow up with parents who allow them to have their own way always grown up to become extremists, intolerants, wicked, dictators and tyrants everywhere they found themselves especially when they become Bosses. They will insist everybody must take whatever they say and whatever they say must be final. Anyone who has a contrary view is an enemy.

The world has long gone passed dictatorship. It is consensus and relationships building through teamwork. Organisations no longer look for dictators to employ. Organisation now look for team players to employ. The hard skills are no longer attractive. The soft skills are now what every Organisation looks for so let us raise our children to be human beings, have feelings for their fellow human beings and always be measured in whatever they do. Their mantra should always be “am I doing what I would want to be done to me”. Those of us toeing the line of this parent I encountered in the bus, it is not late to change if we start the change today. God bless us all as we continue to do our best to raise godly, ethical and moral right children.

Who wins the two-bedroom house? Mentor grand finale comes off this Sunday

Who is the family in intestate succession: an opinion on 198PNDC...

Banks must raise a whopping GH¢13bn by December

Budget Day: Options other than borrowing?