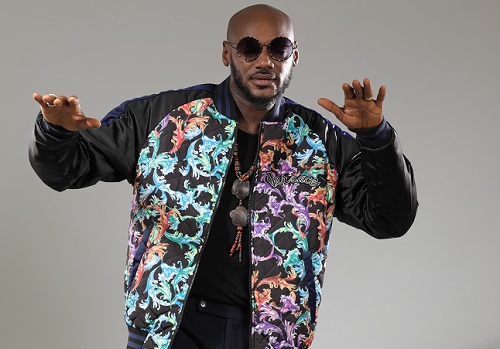 For the first time, African Legends Night, in its 8th Edition, will be witnessing two foreign African music greats on the same stage in one night this Saturday September 28th at the Grand Arena Dome, Accra International Conference Centre (AICC).

Awilo Longomba, the soukous Congolese superstar and one of Nigeria’s most decorated musicians 2Face also known publicly as 2Baba are billed as two of the headliners for this year’s show, according to organizers of the event, Global Media Alliance. The two will be joined by a team of Ghanaian music greats led by Mr. Music Man Kojo Antwi and Ofori Amponsah.

According to Global Media Alliance these superstars were lined-up due to their immense contribution to the growth of the African music industry hence the decision to create a platform to have close interactions with their fans.

“These legends have played many and major shows, have won multiple awards – both local and international and are expected to give a night masterpiece of performances that will create an indelible mark in the hearts and minds of the audience who will throng the show. I urge everyone to put on the dancing shoes for the night,” said Ernest Boateng, Chief Executive Officer of GMA.

2Baba has begun preparations towards his performance for the night. The “African Queen” singer lined up a number of shows in Nigeria where he performed to heat himself up before heading to Ghana for African Legends Night.

2Baba gave a spirited and energetic performance at the recently held One Africa Music Fest in London where he performed some of his popular songs like African Queen, True Love, Ebe Like Say, his latest hit Amaka among others. He also performed at the “Alibaba & Friends” comedy show hosted by Veteran Nigerian comedian Alibaba at Indigo, O2 Arena, London.

According to the Afropop singer, he is getting ready and has started warming himself up for the 8th edition of African Legends Night, promising to give audience an unforgettable experience. 2Baba has a large following in Ghana and it is expected he will give audience a good taste of music performance.

I’ll give you unforgettable night

Awilo Longomba has promised a masterpiece performance when he mounts the stage of this year’s African Legends Night.

The “Karolina” singer who recently performed at Indigo O2 Arena, London to celebrate the life and legacy of the African music icon and legend Fela Kuti, is expected to thrill ALN music lovers with some of his great hit songs such as Coupe Bibamba, Esopi Yo, Karolina, Bundelele, Moyen Te and many more.

In an endorsement video for fans of African Legends Night, the multiple award-winning musician said “I want to tell Ghanaians to get ready for the show. Put on your dancing shoes and let’s enjoy the night together. I love Ghana and I want to do this for Ghana with all the love from my heart. Don’t miss it. It will be a night you will never forget”.

Awilo will be performing with 2Face 2Baba and Kojo Antwi as the headliners for this year’s show, according to organizers of the event, Global Media Alliance.

Awilo is not just a regular artist doing regular music, his live outstanding performances and popularity makes him the most wanted Congolese artiste on the African continent and Europe. He has toured in African counties such as Nigeria, Cameroon, Uganda, Tanzania, Burkina Faso, Kenya, Cote d’Ivoire, Benin, Zambia among others.

Mr. Music Man, Kojo Antwi and Highlife crooner, Ofori Amponsah, have shown their excitement and readiness to rock audience to their unlimited danceable tunes. The two superstars have been rehearsing with their respective music bands regularly in order to clear their throat and voice, position the flow of songs to perform as well as planning ways to engage audience on the dance floor.

“Ready to raise your vibrations? The greatest night of legendary tunes is coming to Accra. Come to the Grande Arena Dome, AICC and experience an unforgettable night. You don’t wanna be left out,” Kojo Antwi told his fans in a tweet. The Ghanaian duo will be performing alongside Nigeria’s 2Baba 2Face and Awilo Longomba, the soukous Congolese superstar.

“I want to tell Ghanaians to get ready for the show. Put on your dancing shoes and let’s enjoy the night together. I love Ghana and I want to do this for Ghana with all the love from my heart. Don’t miss it. It will be a night you will never forget,” said Awilo. 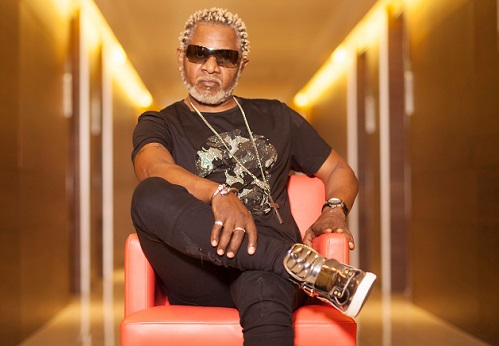 The night of September 28th will be a blistering one in the capital when legendary music superstars descend the stage of African Legends Night at the Grand Arena Dome, Accra International Conference Centre (AICC).

These stars have begun rehearsals to keep them fit in order to deliver unlimited danceable tunes to rock audience. Organizers have indicated their readiness for the event in terms of stage, lights, sound, security and health among others.

“Some melodious vibes from Mr Music Man to take you through the week. My weekend will be lit with African Legends Night come next week Saturday. I know Ofori Amponsah, 2Face and Awilo will not disappoint,” said Emmanuel Akrong, another patron.

This year’s African Legends Night promises to be an unforgettable night as all the headline performers have asserted and tickets which are going for GH¢200 regular and GH¢350 VIP have officially been released for purchase at all outlets such as Airport Shell, Koala- Osu, Shell Tema Comm. 11, Silverbird Cinemas, Baatsonaa Total and Global Media Alliance Offices. Organizers have also made plans for special table reservations for audience.

African Legends Night recognizes and celebrates living African music greats who have put the continent’s music on the global map.

More external threats ahead for the cedi – BoG report

Economy being revived despite setbacks – President