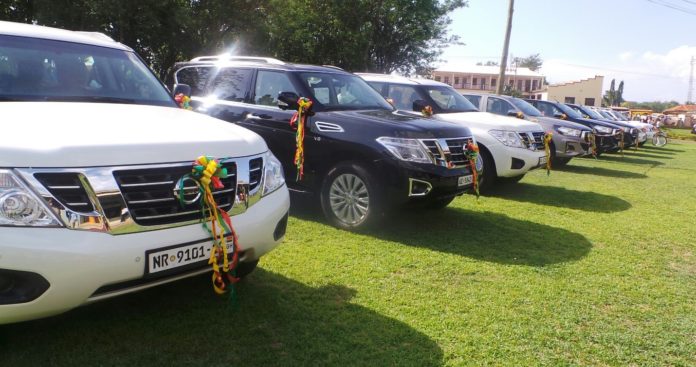 Each region received eight vehicles comprising five 4×4 pick-ups and three sports-utility vehicles (SUVs). The president also presented five motorcycles each to both the regions. The presentations were made separately at Goaso and Techiman – regional capitals respectively – during his working visits to the regions.

He used the opportunity to break ground for constructing state-of-the-art office complexes at Goaso and Techiman for the RCCs. Speaking at the two ceremonies, the president pledged the commitment of government to provide the newly-created regions with the requisite resources to fast-track desired development.

President Akufo-Addo further indicated that government will ensure equitable distribution of infrastructural development across towns in the new regions to give meaning to the rationale behind the six regions’ creation. He commended the chiefs and people for their cooperation and commitment toward creation of the regions.

Now is a time for action -Kofi Annan

The Magic of What You Have