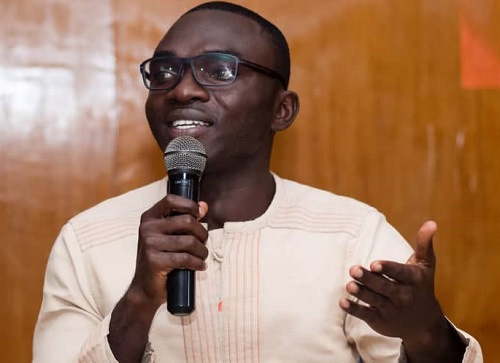 Debt management and sustainability is a crucial part of maintaining fiscal stability within the macroeconomic space of any country. As government accumulate more debt both domestic and external, debt sustainability becomes problematic and difficult. Ghana’s ballooning debt stock as against persistent shortfalls in government revenue mobilization may have created some vulnerabilities in government’s ability to service its debt and this is a worrying concern to the people of Ghana, economist and the international community. Ghana’s public debt stock stood at GHS173.1 billion as at the end of 2018 representing 57.9% of rebased GDP and this has increased to GHS205.4bilionl as at July 2019 including banking sector reform bailout of GHS10billion. Compounding the problem is the exposure to foreign exchange related valuation which also underpins fiscal strength, a significant constraint to the country’s sovereign credit profile. – Source BoG

We know that borrowing goes a long way to assist both developed and developing economies in the world, especially if it financing infrastructural projects such as hospitals, schools, roads, technologically infrastructure that can boost potential growth and serve as value addition to the wellbeing of the people and communities. Need I say more, if the recent trends in Ghana’s borrowing appetite continues, it may face unsustainable debt burden. As Ghana’s borrowings are mostly to pay recurring expenditure and consumptions i.e employee compensations, interest payments etc, which means much needs to be done to change the narrative.

I believe that building trust by harnessing the power of transparency, collaboration and working together, government and stakeholder can change the narrative on debt management. This if well done can create a stream of prospect of growth and development for its people. The key vulnerabilities in debt servicing to government revenue are; Domestic tax revenue shortfalls, risk of new debt and misplaced priorities of government purpose and use of the debt.

It worth mentioning that revenue shortfalls continue to pose significant rigidity on governments’ ability to fairly fund and finance most capital projects that will boost economic wellbeing of the people.

The ratio of debt service expenditure to government’s total revenue and grants in 2019 is projected to hit 51.2 percent, increased by 24.4 percentage points from a ratio of 26.8 percent in 2013. This means that for the first time in nearly two decades, debt servicing is taking away more than half of total public revenues.

Debt service expenditure, which comprises interest and amortization payments, absorbed about 26.8 percent of total revenue and grants in 2013, but this increased rapidly to 47.9 percent in 2016. The ratio then fell to 44.5 percent in 2017 and to 44.3 percent in 2018.

Consistently, Ghana’s domestic tax revenue mobilization has seen persistent shortfalls year after year and this has caused successive government to result to rampant borrowing plaguing the country into debt distress. Revenue shortfalls has persisted due to how governments have conducted itself over the years and the laxity in its laws and regulations. Key factors which may be contributing to jeopardizing debt sustainability of Ghana are the following;

These are very important domestic revenue mobilization sources that the government needs to review and overhaul to plug all the loopholes to maximize revenue generation and minimize corruption.

The diagram above gives a clear picture of where the chunk of government revenue is spent ie close to a total of 60.2% is spent on employee compensation and interest payment. This means that domestic revenue mobilized and borrowings are not invested into investment projects that can boost economic growth.

Can Ghana ever get out of this worrying trend of always spending over 60% of its total revenue on employee compensation and interest payments?

The simple reason is that government has borrowed in excess of GHS110bill in just two and half years and has no investment projects to show that can generate cash flow to pay for thee borrowings. Ghana is indeed a debt distress economy even after rebasing the economy.

Some would say that investor confidence in Ghana is dwindling and it’s the main reason why the 20year bond performed poorly. Even when the coupon rate had been increase to 20.2%, government raised only $30mill as compared to Rwanda’s 20year bond with a coupon rate of 13.25% that was oversubscribed. Ghana’s creditworthiness is dwindling hence the struggle to raise funds on the external market.

Gradually, Ghana’s debt stock is surpassing its record levels and debt servicing to revenue ratio continues to decline as domestic revenue mobilization is flatting.it is then important now than ever, for policy-makers to lead the way by enhancing domestic tax revenue strategizes to ensure that the rising debts are managed and sustained. There is also the urgent need for government and the Bank of Ghana to strategically find robust ways to enhance a recovery from the current banking crisis to prevent the impending stagnation in the financial sector growth of the economy.

While debt to revenue ratio remain relatively low, debt servicing and payment burdens have also risen over the last few years and this is taking away a chunk of government revenue meant for infrastructural development. Further signs of trouble for Ghana government include surge in public sector wages/salaries and compensations demand, shortfalls in exportation and high level of government corruption lead by key appointees in government. Moreover, the over concentration of government borrowing from the external sources instead of the private sector place much burden on the local currency the cedi.

Ghana’s economic outlook is bright and most of the macroeconomic indicators are positive but what is worrying is the fact that projects, investments financed by the accumulated debt have failed to boost income and export earnings required to service the debts and this is because huge portion of these debt is used to pay statutory payments, employee compensations and to service interest payments.

Since domestic debts are usually much more sustainability because its offers greater possibilities for rolling over the debts and varying the tenure, government can shift the focus on balancing its borrowing. This strategy may well allow the government to hedge some of its payments to the tax collectible revenue which in effect makes it much easier to manage. Again, easy the pressure on the local currency i.e the volatility of exchange rate differentials.

The best way for debt sustainability is for government to strategically enhance export revenues and fiscal revenues. Especially with government revenue mobilization drive to increase exportation which would bring in foreign exchange cash flow and may be used to service the debt obligations. The fiscal or tax revenue mobilization drive should be focused on widening the tax base to get in more people to pay their taxes.

©Jerry.J.AFOLABI is a Financial & Economic expert who believes that ordinary people can do extraordinary things when given opportunity. He is a Change Maker with the ability of easily getting people to get things done for the good of humanity.Email;jelilius@gmail.com

COVID-19 interventions are proof of sound economic base

Do not exacerbate tensions with Fulani herders…

One brand, One kitchen, One steward – the upsides to...