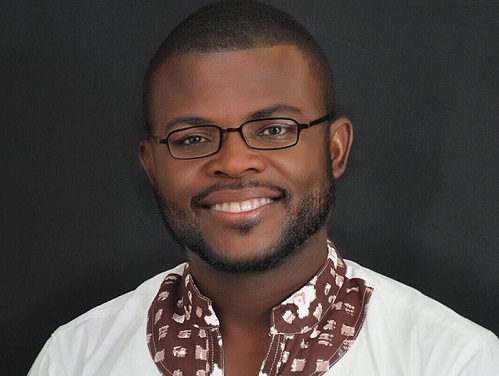 It is widely recognized within the international development circles that understanding the political setting of policy reform processes is significant for engaging efficiently in policy dialogue that promotes policy change. It is also recognized that a failure to anticipate political and institutional challenges is often a principal cause of unsuccessful policy reform processes. The attention to political economy issues for policy reforms has coincided with rising concern about, and attention to, the political economy of development more generally. Stronger focus is now given to factors that can help address questions such as: Why do national policy reform processes sometimes slow down, stop, reverse, or go off track in spite of their content, design and implementation appearing technically sound?

What can be done to address this? why do political support for reforms is sometimes so strong and sometimes so weak? Why do reforms that were designed to benefit poor and vulnerable groups, fail to achieve this goal? Are some stakeholders deliberately blocking the process because they stand to lose from the reforms, or see opportunities for further benefits if the content is changed? If this is the case, are they right in their judgement? Or is there friction in the legislative process because some stakeholders weren’t invited to the decisive policy formulation roundtable? Could it be that the reform is based on a blueprint from a different country and has not been contextualized to suite the issue at hand? Or perhaps the reform sequence is ‘out of sync’ with other processes within that society.

In every competitive and/or polarized democratic environment, politics determines how resources are distributed, and how policies are formulated. From the viewpoint of equity and poverty reduction, stakeholder influence and interests, and associated power relations, determine the distribution of costs and benefits of public sector operations among different social groups which are competing over resources, goods and services. From the viewpoints of policy, stakeholders influence decisions of whether and how economic challenges are addressed in national development strategies, and in subsequent policy development and implementation. The understanding of the importance of the political economy setting for policy reform is accompanied by a growing emphasis on effecting policy change processes through dialogue and consensus building rather than through the use of somewhat blunt and often ineffective conditionality apparatuses.

‘Political economy’ in the context of this article, can be understood as the study of the interactions between political processes and economic choices. A political economy lens can assist us to better appreciate the dynamics of policy reform processes. Stakeholders’ interests and the power relations between social actors clearly influence their support or opposition to national policy reform processes. The sequencing and timing of actions associated with public policy reforms can also determine the level of tension and conflict, the duration, and eventually the success or failure of reforms.

The political economy dimension of public policy reforms requires an operationally-useful conceptual framework that highlights the significance of context, power relations, institutions, actors, and processes. These contextual elements need not be considered simply as risks or obstructions to effective policy reform, and improved distributional equity. Rather, they can be seen as opportunities if tackled proactively. In this manner, the recognition of power imbalances and the policy reform goal of distributional equity need not be irreconcilable. While powerful stakeholders, acting out of rational or irrational self-interest, can impede the progressive allocation of public resources and entitlements, the poor as a constituency can be empowered through information and access; thus helping them become an effective actor in ensuring accountability and in determining the outcome of policy reform process. In operational settings of reform, this requires the need for policymakers to adopt reform-specific strategies and policies in order to create or “progressively realign” institutions to encourage policy reform and distributional equity.

The policy reform process consists of supply-side and demand-side actions, with the goal of building coalitions for change. The supply side involves the state institutions working proactively or reactively, while the demand side involves citizens as consumers and producers. Partnerships with and between stakeholders through ongoing policy dialogue must actively be initiated at the start of policy design, and including government (i.e., both local and national), civil society, private sector and donor agencies. State institutions play the lead role in developing and implementing policies. They are responsible for providing public goods and services, and allocating resources for these activities. The “voice” of civil society on the demand side depends primarily on several factors including an enabling environment (e.g. the national political context such as decentralization or federalist structures), a practice of participation and the ability of Civil Society Organizations (CSOs) to structure and articulate their demands. Both the demand and supply side are key political economy dimensions for effective participation in public policy reforms and must be balanced.

Policy design and implementation is barely a linear and coherent process. Policy reform is mostly complex, multi-directional, fragmented, frequently interrupted and unpredictable. This suggests that a successful public policy reform does not merely depend on designing good policies, but upon managing their design, implementation as well as addressing effectively stakeholder concerns, and impacts. The modern flexible and contextual approach to policy reform may require developing practical, second or third-best responses that collaborating agencies and stakeholders can agree upon, rather than “perfect solutions”. Public policy reform is not only technical but also highly political. It requires technical solutions that are accompanied by processes of consensus building, communication, participation, conflict resolution, compromise and adaptation.

Participation  is a critical element of the policymaking process; it can be vital as the means to deepening democratic deliberations of policy reform within a nation. Participation is mostly considered as a key component of a responsible democratic governance of public policy, and can serve different instrumental objectives in the policymaking process, including aims of increasing the legitimacy, ownership, effectiveness, efficiency and sustainability of policy reforms. Effective policy dialogue, public debate and risk management promote ownership, and aid in building the conditions for building coalitions to support policy change. Communicating proposed policy changes and outlining intentions for the anticipated reform can provide the starting point for a public debate and initiate the participation of stakeholders in the decision-making process at an early stage. This can contribute to an early identification of risks to reforms and operations, enabling the design of adequate risk management strategies, which may include compensatory measures for groups that stand to lose. It also provides the opportunity to address diverse views, concerns and opposition as an essential part of a more inclusive policy debate. I conversely, also admits that not all policy reforms go through advance public debate. Rather than a ‘one-size-fits-all’ approach to dialogue and public debate, I stress the need to tailor public policy reform engagement to the country-specific context.

A responsible political leadership to public policy reform can be seen in the way that political leaders encourage competing stakeholder interests, and pursue behavioral and institutional change that can bring more equitable policy outcomes. Responsible political leaders or “agents of change” play vital roles in policy reforms. They commit themselves to the reform agenda, build partnerships to support the reform process, negotiate effectively with the opposition and often provide a vision of a more equitable future that all stakeholders can buy into.

Public policy reform process must be understood as a form of participation, communication and decision-making through which public policy is negotiated and implemented. The interests of actors and operation of institutions often overshadow the technical and/or economic case for the policy reform. Stakeholder interests are keenly defended, and embedded institutions are resistant to change. However, a public policy reform process engrained in evidence and is open to sound political economy dynamics unsettles the status quo, realigns interests and challenges existing ineffective institutional arrangements. The quality and extent of dialogue is crucial, as is the sequence and timing of actions. Equally important are the human agents, the presence of agents of change (i.e., responsible political leadership), and their actions.

Felix Larry Essilfie is the Executive Director of the Institute of Development and Economic Research (IDER), and a consultant with the University of California, Los Angeles (UCLA) Capacity Building Center (CBC).

‘Writing on the wall’

Microfinance sector clean-up and its impact on financial inclusion