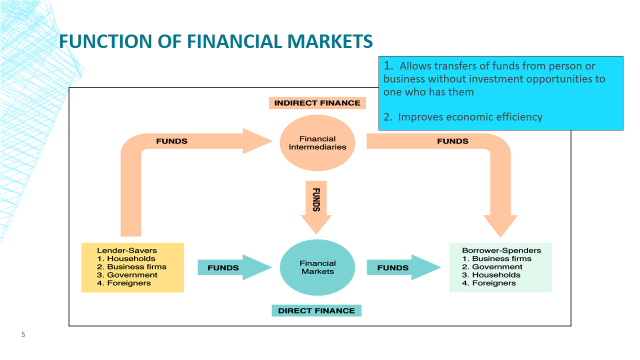 Borrowing, whether at the individual, corporate or national level is not a bad practice per se. The important considerations are what the borrowing is supposed to finance and the objectives; the covenants under which the borrowing is secured; the sources from which the debt is secured; the proportion the debt bears to available assets; and the capacity of the borrower to repay on schedule, without impairing sustainable income generation.

The list of considerations for debt is endless. For instance, when the government borrows to construct a dual carriageway from Accra to Kumasi, this constitutes part of the public debt, to be defrayed from road tolls over a defined time, provided the funds are actually used for the intended purpose. Running the government machinery is a 24 hour business.  Diverse expenditures have to be incurred in discharging all the government’s multiple obligations continually. It is impractical therefore to expect revenues and expenditures to be synchronized on a weekly or monthly basis; hence the continual need to borrow in the hope of future receipts. The Fiscal Responsibility Act 2018 (Act 982) provides that the budget deficit should not exceed  five per cent of the GDP, while Section 16 of the Bank of Ghana  Amendment Act  918, subsection 7 limits the governments’ loans and advances  to less than five percent of the previous  fiscal year’s total revenues.

In the corporate space the debt to equity ratio may be adverse or preferable in different organisations. The existing tax regime, the level of interest rates and degree of economic growth, generally determine whether a high or low debt to equity ratio is desirable for any firm. It is therefore not helpful to jump to conclusion about the level of debt in a firm without evaluating the above considerations.

The real danger with over- borrowing by an individual, institution or the government is that in the event of default, further production or consumption patterns will suffer, or some valuable assets may have to be realized by creditors to pay previous indebtedness. When this occurs, the credit worthiness of the individual, corporate or the nation suffers irreparably, constraining further ability to borrow. It also dents valuable reputation previously nurtured.

The diagram below basically illustrates the role of banks and financial institutions in the economy. It shows how playing this role (intermediation) lubricates the wheels of production and consumption, by moving funds from units in the economy with surplus funds to others with deficit funding, where funds are used to create further wealth, maintain acquired standards of living or expand productive capacities.

Simply put, the world of finance will freeze without borrowers. This is because in the formal banking and finance sector, at any point, some units of the economy (individuals, companies and even government) have excess funds which must be invested. Other units have similar needs to borrow to finance productive social and other requirements.

The most striking feature of government borrowing is that once a budget which sets out  how the government intends to mobilise funds and what these are to be used for,(ostensibly in the interest of its citizens), has been presented to parliament and approved, the government is empowered to borrow up to the approved levels from internal or external sources.

The approval suggests that the government now has the capacity to borrow and thereby commit all present and future generations with the responsibility to pay such debts through taxation. The public debt outlives the incumbent government. Thus if one government borrows for specific projects, it does not necessarily pay within the terms of its election mandate. The debt compounds until it is paid by succeeding governments, whether or not it was utilized for the intended purposes. The outstanding debt becomes a liability technically payable by all the citizenry until it is repaid.

See Also:  Inbound PR - the ‘new kid on the block’

This article is an attempt to explain in easy to comprehend Kejetia economics, the dynamics of public debt and whether or not we can continue borrowing at the current rate. Thanks to a concept called re-basing of the national income accounts and recalculation in 2008 and a nominal improvement in the economic growth indices subsequently, Ghana’s debt to GDP ratio appears lower than it was a decade ago.

According to the Institute of Fiscal Studies, the rebasing seems to give a false impression of the debt position of the country; in particular, its quantum, the proportion that  its service (expenditure) bears to national income flow and our capacity to sustain this.

The apparent improvement in the debt service ratio after the re-basing gives the false impression that we can continue to borrow more.  Without going into the realms of complicated debate, re-basing the national accounts in my Kejetia economics is just like revaluing your house.

The incremental value gives the illusion of a stronger capacity to borrow more on the strength of the revalued figure. Technically, though, the exercise merely gives a sense of false hope, which, if not managed carefully, can land the house owner into an unsustainable debt spiral.

In reality, this revaluation does not effectively improve the capacity to earn. It simply does not promote incremental cash flows. In the nation’s situation, it does not increase its revenue streams or quantum. Indeed, current evidence points to falling revenues and therefore the need to borrow more, as per the 2019 mid-year budget review.

It is interesting (paradoxical, probably) to note that the government’s appetite to borrow more contradicts its desire to see a drop in banks’ lending rates. Simply put, if an investor can easily earn an average of 14 per cent on a 91-day risk free treasury instrument by lending to the government, it deprives the banks of deposits on savings and fixed deposits or other long term investments.

This is because rational depositors would not want to place such funds with the commercial banks in that time band unless the latter is prepared to pay above treasury bill rates. Deposits mobilized at above treasury bill rates can only be on-lent to borrowers at built in risk factored rates, thus pushing lending rates even higher. Non-bank financial institutions and their borrowing clients are even the biggest losers in this drama.

This scenario results in what is termed as the “crowding out effect”, where all private sector borrowers are forced to pay higher rates for their borrowing as they are implicitly competing with the government for loanable funds. The higher the government’s appetite for borrowing, the less capital flows into the private sector, and the more expensive debt becomes to the latter.

According to figures from the Finance Minister’s mid- year budget presentation last week, Ghana’s public debt reached GHS. 203.9 billion in June 2019. The cost of servicing this debt seems to be choking government’s ability to spend on the needed capital infrastructure. The government’s debt service expenditure in relation to its revenue is estimated to be about 51 per cent. Another worrying fact is that, of the current expenditures, the wage bill in the public sector alone constitutes over 60 per cent of all expenditures, for a staff strength of less than two million.

See Also:  Ghana@63: Transportation ... a sector that requires a lot of attention

At this juncture, therefore, it is critical to examine the rate of further borrowing. Juxtaposed against our current mantra of “Ghana Beyond Aid” we need to use resources even more judiciously through re- prioritization of national expenditure patterns.

The reality is that whether we are hoping to lessen our dependence on aid or not, the donors themselves appear to have reached a saturation point in their outward donor flows. They would not want to give the impression of zero grants or other funding. It is important to underscore the point that they themselves are operating under crunching conditions which require some inward looking development paradigms.

Traditional Western donors would not deliberately cut aid abruptly, fearing that the “other guys from the East” may take over their long standing economic and political relationships with us. It is just like the saying that nature abhors a vacuum. It applies similarly in international relations; a complete freeze of development assistance may change existing bilateral and multi- lateral dynamics. So trickles of assistance will continue to flow, but certainly not enough to encourage our profligate spending.

Our British friends are reported to be stocking food, pharmaceuticals and other essentials in anticipation of any fallouts from a no-deal Brexit with the European Union. Similarly, the US is saddled with bleak exports of agricultural products as a result of a not too thoroughly thought out trade war with China. There is even the fear that this might affect employment prospects in the US agriculture sector.

Against the background of a potentially severe strain in donor funding, there is an urgent need to examine our spending patterns and most importantly, our appetite for further borrowing. Judicious use of revenues is imperative now than ever before.

Yet another important consideration regarding the national debt is the proportion of the debt that is held by foreigners. With foreigners taking up more and more of our bonds, the nation is susceptible to violent exchange rate fluctuations. Should any panic situation cause capital flight, holders would sell off their investments which would further worsen the cedi exchange rate.

I would not be surprised if someone reminds me that I am only being squeamish about Ghana’s public debt situation and that the United States government which oversees the world’s largest economy, had (according to Investopedia) the highest debt to GDP ratio of 105.4 per cent in 2017. In comparison, the United Kingdom had 87.4 percent, Germany had 63.9 percent and the EU as a collective had 81.6 per cent in the same period.

It is pertinent to respond that these are more advanced, well -structured economies that can easily be tweaked in the desired direction within a relatively short time. Each of these countries has the advantage of an organized tax system, resilient, diversified, economies and appropriate national identification systems that ensure reasonably equitable tax burdens as opposed to ours with a heavy informal sector. Ours is characterized by a tax system where the tax burden continually falls on less than two million persons in the formal sector, plus a mono cultural, undeveloped agriculture system that employs over 50 percent of the population but still producing insufficient food  even for local consumption.

Continual borrowing in our circumstance has the potential to stifle growth and development  to the extent that incremental loans are merely used to settle outstanding debt and interest payments. The capacity to build the necessary infrastructure and human capital required to propel the economy may be severely hampered, unless we prioritize current expenditures and diversify national income streams.

The writer is a Fellow of the Chartered Institute of Bankers and an adjunct lecturer at the National Banking College, a farmer and also author of “Risk Management in Banking” textbook. Email; koriginal59@gmail.com