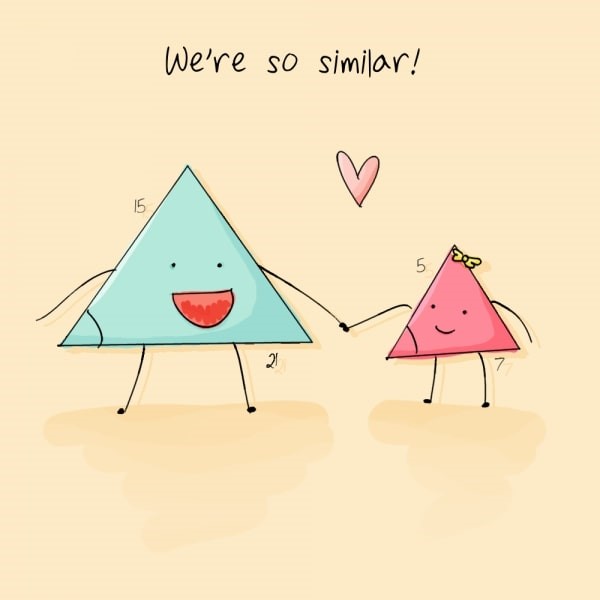 Winning a customer and maintaining the relationship is not a walk in the park. It takes a lot of effort. Relationships, like gardens, need to be cultivated. A little neglect and things will begin to take a turn for the worse. Competitors like weeds will be begin to rear their heads, and before long, if nothing is done the relationship will all but die. The competition in the market is fierce and will only get fiercer by the day. That is why every little advantage counts.

Individuals on the frontline can be an organisation’s greatest advantage when it comes winning and maintaining customers. Organisations that have made a name as the most customer-friendly are inevitably those that have frontline employees who are good with customers. Although technology continues to play a vital role in the business setting, the fact remains that people still love to deal with people—and great customer-handling employees are an asset to every organisation.

There are various ways by which these excellent customer-facing staff go about winning and maintaining customers. There is no one-size-fits-all approach. However, there is one approach that has been found to be very effective when one wants another person to trust, like and get along well with the one. Behavioural scientists and psychologists have a big name for it—Incidental Similarity.

In December 1998, an interesting study was published in the European Journal of Social Psychology. Three scientists from the Department of Psychology, Princeton University, U.S.A. came together to publish the study titled ‘Minimal conditions for the creation of a unit relationship: The social bond between birthday mates’. They wanted to find out how little (or minimal) a degree of similarity had to necessarily exist between two people for those two to have a sense of belonging together. The researchers opted to use the Prisoner’s Dilemma game, which is a game that involves two people playing the role of criminal partners having to decide whether they would each betray the other to avoid a prison sentence.

In other words, something as seemingly trivial as a person’s birthday had the power to get him or her to warm up toward people who were total strangers. The study further revealed that when two individuals share something as trivial as a birthday together, they tend to react more negatively when one person betrays the other.

It is interesting to note that almost a decade before the aforementioned Princeton University study was carried out, a research article published in June 1989 had already made allusions to this phenomenon. Two researchers from Arizona State University – John F. Finch and Robert B. Cialdini – asserted that when individuals were made aware that they shared the same birthdays as the controversial Russian monk, Rasputin, those individuals significantly soften their views of the otherwise not-too-admired Rasputin. In other words, when people realise they have something in common – regardless of how insignificant – with someone else, they naturally begin to see that person in a more favourable light.

See Also:  Entrepreneurs think big and far but start small and near: …Your local environment is a viable starting point for a start-up

Another study that was carried out before Finch and Cialdini’s was published in the September 1971 edition of Journal of Applied Social Psychology. This study, by Tim Emswiller, Kay Deaux and Jerry E. Willits, proved that people were more willing to help others who were dressed or appeared like them than people who appeared to be different. The study found that people were more willing to lend money to total strangers who wanted to borrow a dime for a telephone call just because the stranger was dressed in a similar fashion to the giver.

Many more studies have been carried out regarding Incidental Similarity, and it is intriguing to note that people becoming warm toward others for sharing something in common goes beyond just being born on the same day/month as the other person. It has even been proven that being born in the same city, or even state, as another person has the potential of ensuring that the one becomes friendlier to you.

The results of one of the most exciting studies concerning Incidental Similarity was published in the January 2004 edition of the Personality and Social Psychology Bulletin journal. Titled, “What a Coincidence! The Effects of Incidental Similarity on Compliance”, the study was attributed to researchers from Santa Clara University. In a series of studies, it came to light that sharing a first name with an individual had the potential of getting one to be more receptive to the other one. They also found that individuals were more likely to comply with a request from a requester they shared fingerprint similarities with.

I believe we have all made use of, or have been affected by, incidental similarity in one way or another. There was a time when I was able to gain the trust of a certain ‘big-man’ just because we were old students of my former second-cycle institution. I remember the incident like it was yesterday. A friend of mine who worked in that company had spent hours telling me how scary this particular man was. He told me of the man’s no-nonsense approach and made it clear to me that I was in for trouble that morning. I must admit that if my friend’s purpose was to scare me, he actually succeeded.

I was scared to my bones when I was finally ushered into the man’s office. Luckily for me, the first thing I saw when I entered the office was a pendant of my old secondary school. My heart missed a beat out of excitement – because right there I knew I had something in common with this man, and I was not going to allow the opportunity to pass me by.

When the man finally got to his seat, after exchanging the usual pleasantries the first question I asked him was if he was an old student of the school. And with that question, the previously stern look on the man’s face instantly disappeared. In a flash, the otherwise strict-looking man began to smile. He asked if I was also an old student. I responded in the affirmative, and from there the direction of the conversation changed. That is the power of Incidental Similarity.

See Also:  Why the next wave of leaders is African

But what has the issue of Incidental Similarity got to do with customer service? A lot, if you ask me. Customer service is about creating a great relationship with customers in an atmosphere that keeps the customer coming back for more. Great relationships must necessarily be two-way. Customers and the frontline staff who serve them must like, trust and respect like each other. This is exactly where Incidental Similarity comes in.

To win customers and get them to fall in love with the organisation or brand, frontline staff must look for things that they have in common with their customers. As gleaned from the many studies discussed before, it does not matter how seemingly insignificant this similarity is. What is important is that there is a certain commonality between the employee and the customer. Maybe you are members of the same faith. Or grew up in the same neighbourhood. Or have the same favourite dish.

This is why it is important for frontline staff to communicate well with their customers. There is a need to ask questions that will get customers sharing a bit of themselves and their stories with you.

It has been proven time without number that when it comes to making purchasing decisions, logic is not always the key determinant of what gets bought or what gets patronised. As humans, we like to think of ourselves as rational beings – but the truth is that logic goes out of the window when we need to make purchasing decisions. We actually buy emotionally and justify logically. Incidental Similarity has proven to be a very effective emotional booster for people. Therefore, what the smart customer-serving employee would do is use it to the organisation’s advantage.

I must however add that it must not be used to the disadvantage of customers. That would be morally reprehensible. It is also important to note that the efficacy of Incidental Similarity in winning over a customer should not tempt the customer-facing staff to tell an outright lie just to get into the good books of a customer. If the one does not share a birthday with the customer, it would be totally wrong to claim that he or she does. That would be a form of manipulating the customer—and manipulation, of any kind, has no place in customer service.

To have a good rapport with a customer is a gift every customer-handling professional would greatly appreciate. When you are on good terms with customers, they make your work very easy. These customers complain less. They are more trusting. They also buy more and buy more often.

They would even go the extent of using their own resources to help promote the business. They are prepared to go out of their way to ensure that their ‘friend’ succeeds. There are times when such customers will even pass by just to check on how their ‘friend’ is doing. If there are ‘customers from hell’, then definitely the ones we are talking about must be from heaven. And if Incidental Similarity can help one win some of those customers to one’s side, I see no reason why the one should not.

Why is mastering a skilled trade a good idea

TIN registration will go on after deadline – GRA

How to leave a family business

The ‘Beyond Aid’ agenda – what, who and for whom?