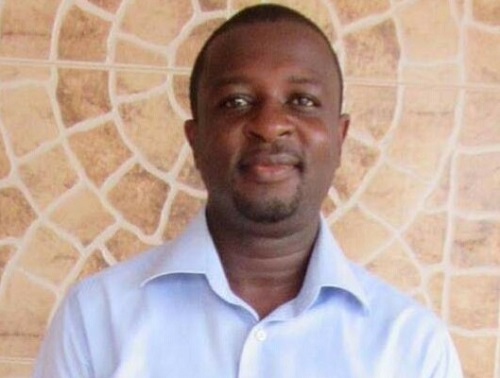 With the advent of democratic and decentralisation reforms, many countries have devolved the responsibility of generation and management of revenue and expenditure to local government bodies. These bodies are therefore faced with the challenge of planning through their budgets by mobilising appropriate level of revenue to enable effective service and infrastructure provision to their constituents.

Availability of adequate funds, through efficient budgetary processes, constitutes the required catalyst necessary for timely execution and completion of infrastructural development projects by local governments. There is a need to examine the processes and strategies used to generate these revenues and the various challenges encountered with these adopted processes and strategies, especially with regard to the involvement of taxpayers and various stakeholders in fee-fixing and revenue mobilisation.

The District Assemblies in Ghana are required to provide administrative, fiscal, social services and amenities to their residents. The responsibilities have been increasing in nature, as a result of the gradual decentralisation of some of those which hitherto were performed by central government. In view of the increasing functions, several reforms and programmes were aimed at managing the budgetary processes: such as introduction of the composite budgeting system as well as adequate mobilisation of local revenue for development of the local areas.

In recent times, however, the absence of or delay in the release of this fund – as a result of shortfalls in revenue inflow to central government, has almost brought most of these Assemblies to a standstill. This situation has negatively affected the administrative, social, economic and infrastructural development of the Assemblies. It has led to the Assemblies needing to examine their budgetary and revenue mobilisation processes and strategies, with a view to identifying effective and sustainable ways of generating revenue for infrastructural and other development projects in the Assemblies.

The government of Ghana, in its desire to strengthen these Assemblies in their revenue generation and further deepen fiscal decentralisation, had put in place some reforms in the 2014 and 2015 budget statements respectively in order to address some of these challenges. Those reforms included the need to pay serious attention to local revenue generation and management by the Metropolitan, Municipal and District Assemblies (MMDAs), and to explore other financing mechanisms, which would give local government authorities greater autonomy from the central government. It also included the development of a well-defined policy framework that enables expansion of the existing MMDA revenue sources base, the identification of new sources of revenue, and the effective administration of collection systems.

The Techiman North district is one of the 254 Metropolitan, Municipal and District Assemblies (MMDAs) in Ghana, and forms part of the 29 of Municipalities and Districts in the erstwhile Brong Ahafo Region. It was established by the Legislative Instrument (LI 2095) and was duly inaugurated on Thursday, 28th June 2012, with Tuobodom as the District Capital.

It was carved out of Techiman Municipal Assembly to ensure and strengthen decentralisation and effective grassroots participation in governance at the local level and bring development to the doorsteps of the people. The district is made up of sixty-four (64) towns and villages. This number includes the five (5) major towns: namely Tuobodom, Offuman, Aworowa, Krobo and Buoyem. Most of the settlements in the district are located along the two (2) main arterial roads in the district; that is, the Techiman-Wenchi and Techiman-Kintampo routes.

The population of the TeNDA is estimated at 59,068 (2010 census) comprising 28,766 (48.7%) males and 30,302 (51.3%) females. The population density is estimated at about 152 persons/Km2. The population of the district has witnessed a rapid increase over the years. This increase in population can be attributed significantly to the fertile land in the area, which attracts a lot of migrant farmers – mostly from the northern part of the country. Also, the strategic location of the district – that is, its nearness to the major market centre, Techiman – makes it lucrative for marketing farm produce and small-scale businesses.

See Also:  University of Ghana Hospital: A matter of recovery and sustainability

Revenue mobilisation challenges in the district

The TeNDA, as one of the newly-created districts in Ghana, has faced similar challenges of revenue generation in its short existence – including the inability to explore revenue sources, inadequate database on revenue, poor revenue monitoring and inappropriate strategies and processes to realise the actual revenue potentials of the Assembly; and most especially, lack of engagement with taxpayers in decision-making that affects them with regard to how much taxes and levies they should pay, or the most appropriate means to be used for mobilising said revenues which would be suitable to both parties.

For instance, in the years 2017 and 2018, the TeNDA budgeted for internally generated funds of GH₵167,000 and GH₵ 173,000 respectively. However, it realised amounts of GH₵102,304 and GH₵101,903 (Composite Budget, Techiman North District, 2018). The effect of this worrying phenomenon is the District Assembly’s inability to provide needed infrastructural development to its citizens.

It must be noted that among the major resultant effects of excluding businesses in the fee-fixing and revenue mobilisation process are tax evasion and default in payment. Tax evasion has numerous ill-effects on the payers, society and District Assembly in particular. Notably in Ghana it is realised that there have been several times MMDAs, GRA and even central government – having supposedly conceded that the revenue from taxes is very low with regard to the expectations of growth and development – have decided to introduce another form of tax, or shift focus to one already existing by way of increasing such taxes. In effect, tax evasion misshapes economic efficiency.

Having been established as one of the major causes of tax evasion, when the bottlenecks in fee-fixing and revenue mobilisation with regard to the participation of businesses is properly addressed, it will go a long way to raise revenue levels in the district and enhance the District Assembly’s functional importance.

The goal of stakeholder participation within the budgetary process is to allow local governments to actively engage its citizens and business community in taking shared responsibility for development of the region and improving socio-economic well-being and quality of life. These stakeholders include Assembly and Unit Committee Members, Trade and Residential Associations, Rate Payers, Area and Town Councils, Traditional and Opinion Leaders, the various departments of the Assembly, revenue collectors among others. The budget process of needs assessment, identification of the Assembly’s resource base and setting rates and fees to be included in the Assembly’s medium-term development plan; and for that matter, the Assembly’s annual budget should involve all these stakeholders.

Recommendations to address the decline

It is to help address this challenge that the Eureka Garages Association with support from the BUSAC-Fund is embarking on this ‘Advocacy for Increased participation of Businesses in Fee-Fixing and Mobilisation in the Techiman North District Assembly’.

As part of the advocacy process, in a study conducted by the Association to interrogate issues related to fee-fixing and revenue mobilisation and help bring solutions to address the challenge, all respondents indicated that they are battling with the phenomenon perennially.

It is imperative that District Assemblies mobilise the needed resources to be self-reliant and also to finance pertinent developmental projects within their catchment areas. The Techiman North District Assembly will be able to do this if they use the right strategies by exploiting all financial resources within their jurisdiction.

There is a need for definition of the taxpayer’s role in the fee-fixing and revenue mobilisation process. The Assembly should consciously involve them in identifying revenue sources, education of citizens on the payment of rates and fees, as well as enforcing regulations on revenue collection. This engagement will help diffuse some of the tensions that come with revenue mobilisation in the district, and generally enhance revenue to the Assembly.

The Assembly should be able to consciously design educational programmes that will involve the sensitisation of the citizens. This will ensure that the Assembly becomes more transparent to citizens on how it uses its revenue, so that they can be encouraged to pay. Organising frequent town hall meetings and public forums to educate citizens on the Assembly’s workings will get the people closer to it in order for them to contribute their quota toward their own development.

The TeNDA should collaborate with other stakeholders and relevant authorities to ensure that the assembly bye-laws – especially those with regard to tax and tax payment – are gazetted to ensure compliance and protection for tax actors.

There is also a need to recruit more trained and vibrant young men and women who have knowledge in human relations and other financial management skills. The reasons are that without effective customer care formalities, as well as knowledge of proper accounting and receipt systems, tax collectors will falter.

It is also recommended that the district should work through other local government actors with the Registrar General’s Department and tax collection authorities to ensure the proper and efficient registration and compilation of all business entities and renewal of business certificate as required by law, to ensure effective data collection and record-keeping. This will serve as a benchmark for tax policy making and target-setting.

The Ministry of Local Government and Rural Development’s fee-fixing resolution is promulgated to serve as a guideline for fee-fixing resolutions at the local level: however, there is a need to address certain challenges which come with it – especially the revenue brackets, since it limits the local assembly’s ability to effectively encourage grassroots participation in fee-fixing and revenue mobilisation.

Revenue generation by local governments toward the development of their respective areas in recent times has been identified as a major challenge. In view of this, the Eureka Garages Association has decided to embark on a study that aims at assessing the revenue generation processes and strategies adopted by the Techiman North District Assemblies to fix and mobilise revenue, in addition to the challenges encountered in these processes in order to recommend measures to improve the system.

The study also found that the unavailability of logistics, poor training of revenue collectors, in addition to poor monitoring, resulted in leakages of revenue for the Assembly. The study concluded that in order to improve the system of revenue generation, there is a need to involve various stakeholders – especially the taxpayers – in fee-fixing and the budgetary process of identifying the revenue sources, and appropriate ways of mobilising revenue.

The writer is a social development activist with Philnita Company Ltd. in Sunyani. He was a former Local and Regional Economic Development (LRED) advisor at GTZ.

The power of a leader’s communication