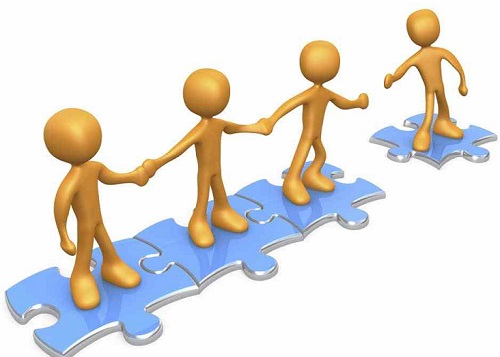 I felt angry- humiliated and betrayed. I felt like I had been stabbed in the back, with no way to defend myself or explain my position. Because of the audience, I probably would not have confronted the senior management person in this meeting, even if time permitted……He forever damaged my credibility (source: Waldron, 2000).

Organisations can be a place to find and forge relationships, craft and nurture a valued identity and experience a deep sense of accomplishment. However, it can also be a place of emotional trauma, stress, discrimination and psychological pain.  This happens when workers feel disrespected and feel they are being punished for expressing dissent, supposedly violating company moral codes or something else. This situation is referred to as ‘emotional tyranny.’ The statement above, for example, embodies what some workers go through in the workplace.  Employees tend to go through emotional pain, something that is rarely associated with the workplace but nevertheless exist.

Emotional tyranny occurs when powerful organisational members use emotions in a way that is destructive, controlling, unjust and even cruel. Emotional tyranny can be a deliberate design by an individual (usually at a higher position) to maintain power.  Sometimes too it can be a collective exercise perpetrated by a group within the organisation. It could also be a result of unintended consequence of organisational structures, values, and practices. It is often designed to embarrass the person, to “put him in his place”. Emotional tyranny is deliberate and attempts to show the subordinate, and everyone else, who is in charge.  Whether intended or not, the result of emotional tyranny often leads to harmful and lasting effects on the individual, relationships and the organisation.  Emotional tyranny can range from subtle forms of incivility such as rolling the eyes, using profanity, demeaning remarks to more intense forms such as verbal aggression, workplace bullying and even physical assault.

Emotions are triggered by a perceived infraction – a behaviour that threatens the relationships in an organisation – and is mostly in the form of sharp criticisms whereby the perpetrator is someone of a higher authority. In some situations, the criticism may be deemed as justified and the employee may be expected to modify is his/her behaviour to conform to moral codes that exist in the supervisor-subordinate relationship. However, in a situation where the employee perceives that the act of criticism violates codes of relational morality because it was unduly harsh, delivered in public, or unfairly directed at a single violator of the rules,  it leads to anger and emotionally trauma.

At the communicative level, emotions can be subject to several manipulations. Nonverbally, a person of higher authority can express emotions at high volumes by ranting and raving at workers. Such people attempts to consolidate their power by making others feel intimidated, confused, or humiliated. Some bosses can also use words or phrases in ways that harm rather than help employees. Words such as ‘lazy,’ ‘shameless,’ ‘not up to the task’ are sometimes used to describe workers.  Emotional language is also used to suggest perceived shortcomings in the moral character of workers or to ‘motivate’ desired behavioural responses. Tactics used include blackmail, deflecting issues/concerns, embarrassing, intimidating, silencing and shaming.

The consequence of emotional tyranny is that it leads to a sense of bitterness and employees become demoralised. It leads to a negative turning point where the employee begins searching for a new place where the communication climate is more supportive. When leaving the workplace, the employee will take with him expertise developed through years of apprenticeship.  The organisation is then put at risk of losing one of its key employees. At the family level, the individual who has suffered the emotional abuse can take it out on his relations. Since he cannot verbally take it on the superior for fear of losing his/her job, such a person finds it useful expressing any anger on relations. The organisation itself is not spared as those who have suffered under emotional tyranny use develop various strategies to avoid being coming to work. Motivation to work no longer exist and the employee can even act in a way that sabotages the organisation.

See Also:  Has the ‘God Factor’ vanished in our financial services industry? (2) - the loans saga

Whichever way one looks at it, superiors who play on the emotions of their workers end up harming the organisation without realising it. Power brings with it the capacity to manipulate the emotional resources of individuals, relationships, and whole organisations, and even family members and friends who are indirectly connected to the workplace.  The harm usually comes in the form of stress, burnout and even damaged careers.  Where emotional tyranny exist, relationships superior-subordinate relationship becomes less genuine, more guarded, ethically-compromised, and anxiety ridden. The situation becomes worse where there are no legitimate avenues for the expression of strongly felt negative emotion. The effect is that employees can sometimes react with physical violence. Superiors must have a sense of responsibility to engage in responsible emotional behaviour since their communication carries more weight.  Emotional tyranny can also be practiced by the less powerful/peers who aspire for a higher position.

For the employee faced with emotional abuse, a number of constructive responses can be used to overcome the effect of the abuse. This includes, developing emotionally-supportive relationship with peers, seeking authentic emotional experience outside of work, and using therapy as a means of expressing and recovering authentic feelings. some workers can engage in “emotional toughening” by choosing to ignore comments by the abuser. Most importantly, if emotional tyranny is to reduce, it is essential for leaders to avoid the tactics of emotional abuse. If emotions are important indicators of the moral state of an organisation, then leaders of the organisation must monitor them carefully.

As your vehicle ages

Telemedicine takes off …millions to access health care via phone