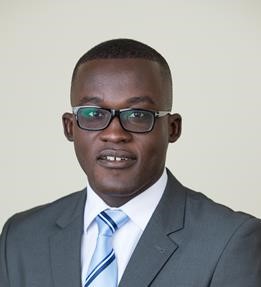 The bread and butter of banking is to take deposits from customers and loan out same to borrowers. With the influx of technology, this primary function has had several modifications but the grassroot tradition has remained intact. Almost all companies produce a good or render a service which customers buy with money.

However, for banks and other financial institutions, we can say they buy and sell money. Their financial statements are thus presented in a much more interesting structure than that of a ‘regular’ business set up. As a result, measuring the performance of ‘regular’ businesses can be quite straightforward but that of banks is never a walk in the park.

This article discusses five (5) very important metrics which can be used to evaluate the health status of a bank. Which of these is most important? Well it depends on your objective of measuring; be it growth, profitability, liquidity (‘cashful’) or sustainability. The ratios discussed in this article cut across these objectives. Also highlighted are some recommended strategies to improve these metrics. Enjoy the read!

Banks give interest (though marginal) on the deposits they receive from customers and gain interest from the loans they advance. The off-set of these interests is what we refer to as net interest. When this net interest is expressed as a percentage of the average interest earning assets of the bank, we arrive at the net interest margin. Interest-earning assets are those used to generate interest income and other related fee income. They include loans and advances, Treasury bills and bonds, placements with other banks, investments in equity securities, cash and funds with central banks, among others.

Investments in machinery, and assets like buildings, vehicles, computers and other equipment, do not form part of the interest earning assets of a bank. This is because such assets only give the platform to facilitate a bank’s business, they are not directly used to generate income.

One should thus be wary when a huge chunk of a bank’s assets is in the form of buildings and equipment, as this would mean a lot of cash is locked up in assets that do not earn any income. Assets of banks should mostly be in the form of investments, loans, and cash. After all, it is a bank not a real estate company.

Moreover, given the current spate of digital banking, excessive physical presence should not be a priority investment. Having said this, it is worth noting that with the coming into effect of IFRS 16 Leases (an accounting standard) from 1st January 2019, banks could have a ‘bloated’ property, plant and equipment figure on their financials that would not strictly represent cash investments in such assets. The impact of this new standard on banks will be covered in a later article.

Banks often use the Net Interest Margin (NIM) ratio to analyse their investment decisions and track the profitability of their lending operations. NIM is a good indicator of a bank’s profitability, as it reveals profit made in the primary activity of a bank (deposits and lending). It shows how well a bank generates interest revenue over what it pays out in interest expense, while considering the amount of assets which were employed to generate that net interest income.

The higher the margin, the more efficient a bank has been in mobilising deposits and other funds at low interest rates while investing same in income-generating instruments like loans and investments. NIM is thus well considered when banks need to adjust their lending practices to maximise profitability. The banking industry’s NIM over the past five years has been hovering around 9.2 percent to 9.8 percent, that of 2017 being 9.4 percent (PwC 2018 Ghana Banking Survey).

The NIM of a bank is influenced by a number of factors. For instance, if central banks lower the reference rate, it will have a depressing effect on interest income as less revenue will be generated from loans and advances, all other things being equal.

Similarly, when banks source funds from expensive areas or give higher interests on their deposits, NIM will be lower – holding other factors constant. NIM could thus be improved through heavy investments in interest-bearing assets (at reasonable yet attractive rates), and sourcing for funds at lower interest rates.

This ratio measures the costs (expenses) of a bank against its income. The purpose is to reveal how efficient a bank is at managing operational costs against income generation. Since it is only an operating efficiency measure, the cost (expense) amount used to determine this ratio excludes impairment losses.

The lower the cost to income ratio, the better it is for a bank. This ratio can be expressed as a percentage or, more popularly, as a decimal. A ratio of 0.53 means that for every GH¢100 worth of income made, GH¢53 was spent on operating expenses like staff costs, marketing and administrative expenses, depreciation and amortisation, among others. Cost to income ratio for the industry has been within the range of 0.47 to 0.54 over the past five years (PwC 2018 Ghana Banking Survey).

The Cost to Income efficiency ratio is kept in check by two major factors: improving income levels (as explained under NIM) and/or cost control. Pursuing either of these will improve this ratio for a bank; however, striving for both will certainly be a powerful combination.

It is imperative for banks to stay liquid, to among other things fund withdrawals of customer deposits. This metric thus carefully considers the liquid funds a bank has available, as against the total deposits it holds. Liquid funds are not just cash and bank balances but also include assets that are relatively easier to convert to cash; for example, investment in government securities, placements, and traded equities.

Liquid funds to total deposits ratio is a key performance indicator that assures customers of the security and ease of access to their deposits. A higher ratio should strengthen their faith and confidence in the banking system. It is healthy for banks to be liquid; however, too much of it can affect profitability as it could be an indication of idle cash, investments in low yielding instruments (short-term investments), and or lower lending levels. There has to be an effective balance between liquidity and profitability.

A ratio of 0.60, for instance, means liquid funds available form 60 percent of total customer deposits. For the banking industry, this ratio has been around 0.66 to 0.84 over the last half decade, the highest being 0.84 in 2017 (PwC 2018 Ghana Banking Survey).

For a bank, this ratio can be improved if the portfolio of liquid assets is enhanced. Banks are often able to do this through overnight borrowings from other banks to, in the short-term, increase liquidity. This is often times coupled with overnight placements, to help achieve a good balance between liquidity and profitability.

This is a very simple ratio that shows how much of a bank’s total assets are in the form of loans and advances. It is crucial to know the status of a bank regarding its loans to total assets ratio, because loans are arguably the highest interest income-yielding assets of banks; a high ratio could thus be indicative of high revenue. Banks with lower loans to total asset ratios would presumably have a chunk of their assets in the form of cash and other investments, and would thus derive a relatively larger portion of their total incomes from such.

An extension of this ratio is to think of how much of the loans given out could result in defaults, and in effect become irrecoverable. A bank that has a high loans to total assets ratio, and also has a high non-performing loans (NPL) ratio and/or impairment allowance to gross loans and advances ratio, is at a very high risk of losing a significant portion of its assets and could easily become insolvent. Banks need to closely monitor this ratio to ensure they are almost always within acceptable ranges.

The last and by no means least of the metrics discussed is the Capital Adequacy Ratio (CAR). CAR is likened to the shock absorbers of a motor vehicle. The purpose is to prevent passengers (depositors) from suffering a hit whenever there’s a bump or a pot-hole – i.e. an income statement loss. Where a bank does not hit a net liability position when there are pot holes, its shock absorbers are strong, and customer deposits are safe. In other words, CAR measures how adequate a bank’s capital is – to be able to hold up and contain losses without ripple-effects on customer deposits.

CAR measures a bank’s capital, expressed as a percentage of its risk-weighted credit exposures. A lot goes into the computation of CAR, but it basically involves the Tier-1 and Tier-2 capitals of the bank, and the risk-weighted credit exposures of on and off-balance sheet items. The ratio is always disclosed in the notes to financial statements of banks. Currently, the minimum CAR threshold set by the Bank of Ghana is 10 percent. With the effect of the GH¢400million minimum capital requirement, almost all banks will experience an increase in their CAR – all things being equal.

It is critical to note that metrics, figures, and amounts are not in themselves conclusive. The numbers can be very high and yet could crumble in a moment. Thus, aside from considering these metrics of a bank it is important to pay close attention to qualitative and more subtle features – like quality and morale of staff, tone at the top (corporate governance), quality and service delivery, innovation, technological drive, internal controls, systems and procedures, among others. Transactions and balances with related and connected parties are also another blind-spot worthy of attention. After all, it is the little things that sink a ship!

Banks must strive to achieve a good balance between liquidity and profitability. Trade-offs in some areas are inevitable, but overall the bank should be healthy with regard to its net interest margin, cost income ratio, liquidity, and capital adequacy. Some difficulties are well expected and are in order, but should not be prolonged or become the usual trend. Prominence must also be given to qualitative factors, as they go a long way to impact the numbers.

>>>The author is a financial reporting partisan who delights in sharing knowledge and proactively exploring new insights. He is a multiple award-winning ACCA-qualified accountant, and has financial services’ audit experience working for a ‘Big Four’ professional services firm in Ghana. He also holds a Bachelor of Commerce degree from the University of Cape Coast. Do reach out to him on LinkedIn; Nana Adusei-Poku Ababioh.

Wuntia Gomda, the creative mind behind the Living Machine