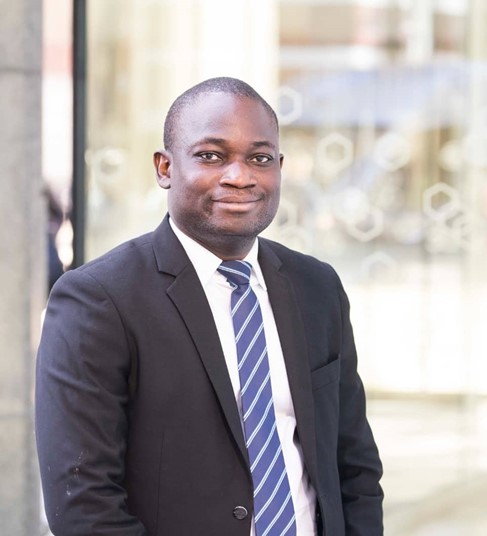 This article is intended to explore the effectiveness of Ghana’s tax laws in dealing with the taxation of businesses in the light of new developments in online internet business activities. Key challenges in Ghana’s Tax Laws are identified and appropriate recommendations offered to deal with them.

Governments raise income through taxation of individuals and companies. Generally, taxpayers are taxed on the basis that they are either resident in or have sourced their income from a country. This then gives rise to what is called the “resident system” and the “source system” of taxation respectively.

This system requires that the income of a tax payer is taxed worldwide when by reason of the laws of that state the person is considered to be resident. Generally, an entity is considered a resident of a state when the entity is either incorporated or has a place of management or both in that state. This principle is well illustrated in a UK case in De Beers Consolidated Mines Ltd v Howe (Surveyor of Taxes) 5 TC.

In Debeer case, the directors of De Beers Consolidated Mines Ltd were resident in both London(UK) and Kimberley(South Africa) and separate board meetings were held in both places. However, the London board determined the company’s business policy including major contracts, sales and company development. Kimberley office was only concerned with the day to day running of the company. The court decision was that the company was resident in London.

The source system requires that the income of a person is taxable in a state where the income is sourced. That means that the state from which the income is earned will have the right to tax that income.

Generally, taxing business profit of an enterprise sourced from foreign country requires that the enterprise must have “Permanent Establishment” (PE) in that source state.  The principle is well laid out in Articles 5 and 7 of the Organization of Economic Corporation and Development (OECD) Model Tax Convention (MTC), United Nation (UN) Double Taxation Model Convention and United States Model tax Convention.  According to Article 5 (1) of the OECD MTC or UN MTC, a PE is defined as a fixed place of business through which an enterprise is wholly or partly carried on.

The PE must have some degree of permanence and shall not be a place which is considered as auxiliary and preparatory in nature. For instance, the commentary to the Article 5 of the OECD MTC identified a place of business to cover premises, facilities, installation, equipment and an open place that is available or at the disposal to a person for business activity. A dependent agent who on the authority of the principal has habitually concluded a contract or significantly contributed to the conclusion of a contract for the principal is deemed as a PE of the principal. This does not include an independent person acting on its course of business. Article 7(1) provides that a profit of an enterprise is taxable in a contrasting state only when that enterprise has a PE in that state.

As a result of the difficulties countries face to determine a PE of Multinational Enterprises (MNE) in order to tax their profit, MNEs have over the years taken advantage of these difficulties to arrange their transactions in a way to avoid creation of a PE in a source state. Reference is made to an India case between Vodafone International Holdings BV v Union of India & Anr (Civil Appeal No.733 OF 2012 (arising out of S.L.P. (C) No. 26529 of 2010) where the court stated inter alia that not all tax planning  is illegal, illegitimate or impermissible. The court in the Vodafone case cited the ruling in the case in McDowell and Co Ltd v CTO ((1985) 3 SCC 230 in which the Supreme Court held that tax planning may be legitimate provided it is within the framework of the law, however for the arrangement to be effective it is essential that the transaction has some economic substance. Key tax planning issue considered in the Vodafone case was the issue of avoidance of PE by a nonresident person in India.

See Also:  Road traffic accidents must be addressed as an epidemic – FIA

This problem of determination of a PE has been compounded by the development of ecommerce business activities. Since the internet is borderless and has no physical presence in any jurisdiction, it is clear that taxing business profit derived from ecommerce poses great challenges to national tax authorities.

As explained earlier, the general principle is that a business profit of an enterprise is only taxable where the enterprise carries on business through a PE located in a source country either in a fixed place or as a dependent agent. As a result provisions relating to the definition of PE in the Ghana Income Tax Act will be relevant in taxing the ecommerce business profit. It is also worthy to note that, Ghana has entered into  few International Double Taxation Agreements (DTAs).

Article 75 of the 1992 Constitution provides that the President may enter into an international agreement which shall be ratified by Parliament. In this regard, DTA ratified by parliament of Ghana will be incorporated as part of Ghana’s laws.  Also section 98 of Revenue Administration Law 2016, (Act 915) states “to the extent that the terms of an international arrangement where Ghana is a party are inconsistent with the provisions of the tax law, the terms of international arrangement shall prevail over the provision of Ghana’s tax laws”.

As a result, DTAs that Ghana entered with other countries will be superior to the Income Tax Act according to section 98 of the Revenue Administration Act.  The DTAs are constructed in line with UN MTC. In that regard commentaries to UN MTC by extension commentaries to OECD MTC concerning taxation of income and capital can be used to interpret the DTAs in Ghana.  It is important to note that DTAs only apply to residents of contracting states and is not  applicable to residents of third states ( Third states here means countries which are not part of DTA entered with Ghana).  In a situation where the DTA is not applicable, the Income Tax Act 896, 2015 applies.

The application of Ghana Income Tax Act 2015, (Act 896), is very important in dealing with taxation of online business in Ghana. Section 107 of the act defines a PE “as an entity separate from its owner and is subject to tax under Section 1 in the same manner as a resident company”.

The definition contained in the Income Tax Act in section 107 of the act appears to be inconsistent with OECD and UN MTC especially paragraph 7 of Article 5 of the OECD or UN MTC. Paragraph 7 of Article 5 provides that, “the fact that a company which is in a  contracting state controls or is controlled by a company which is resident of the other contracting states  or which carries on business in that other state shall not of itself constitute either company a permanent establishment of the other. The general principle of taxation is that a subsidiary company is a separate and independent legal entity”.   It is a considered view that the intention of the definition under section 107 of the Income Tax Act was not referring to a subsidiary as contained in the OECD or UN MTC rather it could be referring to fixed places such as an office, a branch or facilities of  similar nature.

The Income Tax Act further identifies two types of PE in Section 110 as:

Foreign permanent establishment means a fixed place of business of a resident person situated in a foreign country where the business is conducted continuously for at least six months, but excludes any place at which only activities of a preparatory or auxiliary nature are conducted. Section 107 and section 111 (2) of the Act exempts the income of a foreign PE from taxation in Ghana.

We can then situate the above provisions in Section 110 within the context of ecommerce activities and evaluate their application to taxation of business income derived through transactions over the internet.  The key elements in the ecommerce environment that can be contextualized within the definition of a PE are website, server, equipment and ISP. These are evaluated in turn below.

A Server or Automated Equipment

Another concern is where a nonresident person hosts a website on a server located in Ghana where the website advertises for goods, gives access to customers to sign in for a contracts, allows for electronic payment over the website, and the server signals for delivery of the product or download, in that case, the enterprise can be said to carry on business through the server in accordance with Section 110 of the Income Tax Act. On the other hand where the function provided by the server only includes a display of a catalogue of goods, advertisement, collection of research information etc. which are auxiliary and preparatory to the entity’s core business, then the entity cannot be said to carry on business through the server.

Another concern is where the entity operates an automated computer or equipment without personnel intervention. One example is when automated computer equipment is put on an Oil Drilling Vessel to direct drilling operation including drilling schedules without any personnel involvement. Assuming that the operator of the automated computer equipment is a petroleum sub-contractor of an oil company, then it can be said that the functions performed by the automated drilling equipment are at the disposal to the sub-contractor. The equipment can be said to be a place where the nonresident person conducts business in Ghana within the meaning of Section 110 of the Income Tax Act.   The reason is that the equipment performs functions that are substantial to the core business of the nonresident person.

An ISP provides space on its server to host a website for its customers. So the question of whether or not an ISP can be deemed to be a dependent agent of a nonresident person within the meaning of Section 110 of the Income Tax Act depend on the function perform by the ISP. If the ISP conducts business in its ordinary course of business and does not conduct its business under authority of any other enterprise, then there cannot be a PE of the nonresident person.  However, when the ISP business activities are proactively integrated into the core business of the enterprise in a foreign country, then the ISP will be deemed as dependent agent PE.

Refer to Part 2 for the concluding part of this article

Part 2 of the article explores key challenges associated in taxing business profit of online business in Ghana. Appropriate recommendations are also offered to deal with them

He is a Consultant to EM Tax Advisors, a firm of Chartered Tax Advisors and Tax Attorneys.