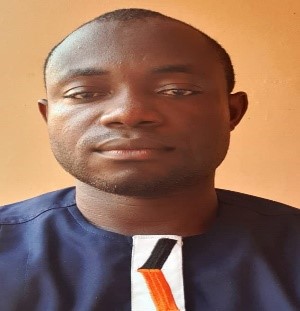 For those having considerable assets under operating lease, the new accounting rules significantly impact the balance sheet and income statement.

Corporate Tax liability is generally based on Income and the tax base is usually determined using Generally Accepted Accounting Principles (GAAP). Such GAAP guidelines are issued by the International Accounting Standards Board (IASB). Though tax law sometimes differ from accounting standards, to a large extent, they converge.

Section 19 of the Income Tax Act, 2015 (Act 896) provides that, “the timing of inclusions and deductions in calculating the income of a person during a basis period shall be made in accordance with Generally Accepted Accounting Principles”.

A country can adopt all International Financial Reporting Standards (IFRS) issued by the IASB.  Ghana adopted IFRS in 1 January 2007 and since 2007 companies in Ghana prepare financial statements in accordance with the requirements of IFRS.

The IASB in January 2016 proposed a major change in IAS 17 which provides guidelines on the treatment of leased assets which has been in existence since 1997. A new IFRS 16 is to be implemented beginning on or after January 1, 2019. In the view of the IASB, these changes are very critical to enhance comparability of financial statements between entities that own assets and entities that lease assets so under IFRS 16 all leases will be recognized on the balance sheet of the lessee. What the new IFRS 16 seeks to eliminate is the classification of leases as either operating leases or finance leases and instead introduces a single lessee accounting model for the leasee. IFRS16 significantly affects the balance sheets, income statements and financial ratios which in turn might impact corporate current income tax and deferred taxes.

Under IAS 17 a lease was basically a contract between two parties in which one party conveys the right in a property to another for a specified time in return for a periodic payment. The lessee has both the right to use the asset and because payments are spread over a long time, there is interest/finance cost as well. Two main categories of leases were provided under IAS 17:

Any other lease which did not meet this features is classified as operating lease. In such case the assets did not appear on the balance sheet; only the rental payment appears in the income statement as expenses.  IAS 17’s major problem was its strict distinction between finance and operating lease. This IAS 17 did not present a true picture of the total assets of the company when a larger portion of the company’s assets are operating lease, though the company has full use of the asset. Investors express concerns about the lack of transparency of information about lease obligations. Using IAS 17 meant that large off- balance sheet lease commitments were not shown on the financial statement and investors and analysts will not have a complete picture of a company’s assets to properly compare companies that borrow to buy assets with those that lease assets.

The new IFRS 16 is far better than IAS 17. IFRS 16 does not distinguish between finance lease and operating lease anymore. Under IFRS 16:

Companies are to recognize “a right of use” asset which is depreciated on a straight line basis in addition to a lease liability which is discounted under the effective interest method, resulting in an interest expense. Comparatively, IFRS 16 will result in higher lease expenses during the early years of the lease, which in turn will reduce profit before tax.

Whereas IAS 17 focused on identifying characteristics which economically resembles purchasing the asset and classifying it as finance lease, IFRS 16 focuses on the right to use an asset only. After all what is the relevant of ownership of an asset without the right to use the asset? A company is required to assess whether a contract contains a lease on the basis of whether the customer has the right to control the use of an identified asset for a period of time.For the Lessor, IFRS 16 substantially maintains the accounting requirements under the old IAS 17.  A lessor continues to classify its leases as operating leases or finance leases, and to account for those two types of leases differently.

IMPACT OF IFRS 16 ON THE BALANCE SHEET

Because IFRS 16 eliminates the classification of leases as either operating leases or finance leases for the lessee, all leases are treated similarly as finance lease was recognized under IAS 17.  Leases are “capitalized by recognizing the present value of the lease payments and also recognizes a financial liability representing its obligation to make future lease payments. In effect IFRS 16 increases lease assets and financial liabilities. The IASB summaries the impact of IFRS 16 on the balance sheet as follows:

IMPACT OF IFRS 16 ON THE INCOME STATEMENT

The usual straight-line operating lease expense under IAS 17 is changed to  a depreciation and amortization charge for lease assets and an interest expense on lease liabilities.The IASB summaries the impact of IFRS 16 on the income statement as follows:

Income Statement under IAS 17 and IFRS 16

IMPACT OF IFRS 16 ON TAXATION

The tax impact of IFRS 16 is critical which is likely to cause numerous adjustment in the tax computation.  The law still refers to finance lease as the only basis of granting capital allowance. The tax law grants capital allowance on depreciable assets owned and used by a person in production of income from business under section 14 of Act 896. Ownership of the asset is critical to qualify for capital allowance so Regulations 17 of the Income Tax Regulations, 2016 (L.I 2244) made provision for assets acquired under finance lease (a classification which is no longer required in International Financial Reporting Standards).

“Where an asset has been leased by a lessor to a lessee under a finance lease,

A Lessor is not entitled to capital allowance as provided under regulations 17 (1b). It provides that, “the lessor

Thus the income tax law does not recognize operating lease as an asset owned by the leasee which should qualify for capital allowance, same as IAS 17.  The law defined finance lease under section 30.

The definition is entirely a mirror of the features of a finance lease under IAS 17:

The following adjustment is likely to result from IFRS 16 implementation on operating lease assets:

For a major change in Accounting Standard such as IFRS 16, it is expected that the Ghana Revenue Authority will issue a practice not to guide tax payers.  Since the tax law still maintains the old classification of finance lease and operating lease and only grants capital allowance on finance lease, there is the need for convergence between the tax law and accounting standards. IFRS 16, comparatively, will result in higher lease expenses during the early years of the lease, which in turn will reduce profit before tax. This could affect taxes like National Fiscal Stabilization Levy.

The writer is a  Tax Consultant.

Kofi Annan protected us from our worst instincts

Inside a banker’s hymnal

Impact Inspiring Start-ups made in 2018