As human beings or social animals, we relate with one another either by blood or societal ties. This tends to have a strong influence on many of the things we do. For instance, we share moments of joy with another on occasions of marriage, festivals or another event worth celebrating. We share also moments of grief with our relations. So, it has always been in our DNA to use our relationships with other people for either the good or bad purpose.

Since we know that the spirit of living together is associated with some benefits and the excesses, we have developed rules to control our behaviour. Such norms or regulations in the thoughts of philosophers are intended to protect the weak from the wealthy or strong in society.

Our laws, for instance, abhors incest (a father involves in sexual affairs with his daughter). Revered philosophers such as Thomas Hobbes and John Locke espoused such maxims in defence of the law against the state of nature or the law of the jungle. At least, my undergraduate Level 300 course in Political Thought in the year 2006 is on my side.

It is not for anything that such principles or doctrines have found their ways into business regulations since frailties of man are commonplace. So, we relate with one another and do businesses with another. How good or bad we have lived within such laws and operated our businesses played out in the recent revocation exercise.

Related parties! Related parties!!  It is the case of related party loans which were reportedly done beyond regulatory limits resulting in impairments with the damning consequences of revocation. As to whether the facts put forward by the Bank of Ghana represents the reality or not, I, for this piece, will highlight only the multitude of infractions regarding related-party deals. This piece must, therefore, be understood in that context.

The Act also defines “related persons” in relation to an insider means a spouse, son, daughter, step son, step daughter, brother, sister, father, mother, cousin, nephew, niece, aunt, uncle, step sister and step brother of an insider. Clearly, the Act does not prohibit related parties or such entities or persons from taking loans from banks or deposit-taking institutions to which they are related. But such loans should be within some limits in terms of regulation or the realm of prudent risk management.

A stroke on the Executive Desk

Every banker with experience in credit administration will attest to the fact that credit decisions on related party requests are mostly treated with romance. They usually receive swift approvals just by a stroke of an executive’s pen. People with dissenting views on such requests are sometimes hounded with threats of dismissals.

See Also:  CHIEFS: the beauty and the beast

I bet to say that there are some self-disciplined employees in the erstwhile savings and loans companies and the finance houses who might have persistently cautioned against such related party loans but were retorted “are you for us or against us”?  “Advise yourself!” He who pays the piper calls the tune and the chickens have come home to roost. It is no news at all to bankers when related party brouhaha is in the news from Bank of Ghana. It is very painful though. We are in a country where unemployment is very high and the desire to switch job is very challenging, so many employees in those environments tend to endure unhealthy credit practices.

Bank of Ghana’s statement provides the following infractions. In the case of Dream Finance, depositors’ funds were used to finance related-party projects. “The institution is over exposed to six (6) of its related companies. The non-performing related party exposures, has contributed significantly to the liquidity challenges of the institution.” Concerning First Allied Savings and Loans, it came to light that “the current accounts of eight (8) related companies linked to the major shareholder were overdrawn in excess of GH¢100.00 million and were non-performing.”

Regarding First African, “the company’s affiliate, First African Remittances, UK failed to reimburse funds totaling GH¢5.40 million due to First African Savings and Loans. First African Savings and Loans pre-financed remittance receivables and the said amount has been outstanding for over two years. The long outstanding remittance receivable has been provisioned as a loss.” Firstrust lost its trust concerning “the use of depositors’ funds to finance related party projects. The institution is over exposed to six (6) of its related companies to the tune of GH¢17.93 million. The non-performing related party exposures, has contributed significantly to the liquidity challenges of the institution.”

GN Savings and Loans was not spared. The Central Bank states that “contrary to section 64 (2) of the Banks and Specialised Deposit-Taking Institutions Act, 2016 (Act 930), the institution’s exposure to its related party has consistently been above the regulatory limit of 25% of net own funds (NOF). Exposures to other affiliates companies were mainly payments made by the bank on behalf of such affiliates.

The structure of GN’s balance sheet clearly shows that the bank mobilises deposits for its related companies. The inability of these related companies to honour their obligation to GN has resulted in serious liquidity challenges and contributed to their insolvency as all related party exposures are non-performing. The institution’s high non-performing loans (NPL) was mainly attributed to these related party exposures, which were never paid, thereby putting the deposits of its customer at risk.”

What’s more, “the Bank of Ghana’s supervisory assessment shows that even when the total outstanding Interim Payment Certificates (IPCs) amount of GH¢30.33 million was considered, it still did not address GN’s capital deficit of GH¢683.66 million. It must be noted that GN’s insolvency problems are largely attributable to overdraft and other facilities it extended to its related parties who are other companies in the Groupe Ndoum network of businesses, under circumstances that violated relevant prudential norms.”

In the case of Ideal Finance, the “institution’s exposure to its related party has consistently been above the regulatory limit of 25% of Net Own funds (NOF). Exposures to related parties (FirsTrust Savings & Loans and Ideal Capital partners) were to the tune of Ghc63.19 million.” For Legacy Capital, non-performing related-party exposures of GH¢4.49 million constituted 200% of the institution’s reported net own funds is in breach of Act 930. Apart from that, the spotlight was on Express Savings and Loans and revealed that the company was overexposed to its related parties about placements(deposits).

In the case of Accent Finance, related parties leveraged on their alluring accents to their interest and “most of the institution’s investments portfolio had no supporting documents whilst loans granted to related parties were concealed from the Bank of Ghana.”

In the same vein, AllTtime Finance was for all the time “over-exposed to its related company, AllTime Capital Limited to the tune of GH¢18.19 million in violation of regulatory limits.” On the other hand, Crest Finance went crestfallen with its related parties. Hence, Bank of Ghana’s statement reveals that “non-performing exposures to its parent company and a company in which the Chief Executive Officer is a director in excess of statutory limit. The exposures also contributed significantly to the institution’s liquidity challenges.”

Alas! Similar infractions were identified in the closets of all the companies including ASN, CDH, Global Access and the Midland Savings and Loans. “The overexposure of CDH to its affiliate companies is to the tune of 319% contrary to the regulatory limit of 25%. The inability of CDH to access placements/investments with other insolvent financial institutions, including related companies, worsened its solvency liquidity situation.”

Midland Savings and Loans caught public attention in 2018 when one of its customers was assaulted by the police officer on duty at the company. The company’s pandora box has since been opened by the regulator. “The institution is over exposed to related parties such as Liberty Asset Management, Liberty DMI Microfinance and Griffin Financial Services continue to be rolled over in spite of the liquidity challenges it faces.” It is all about related party credit romance, easy to access but difficult to repay on schedule.

Thank you for reading. Your comments/feedback are welcome. God bless You! 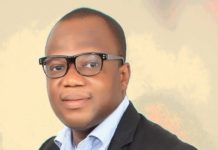 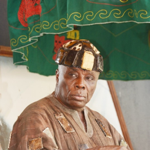 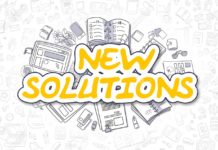 Maiden edition of Pensions Awards launched…set to come off on May...