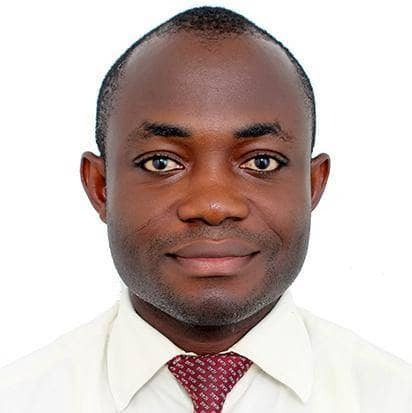 Every government must find money to pay for their promises and pay for themselves. Tax revenue remains the obvious choice, but the bitter truth is that citizens generally don’t like paying taxes when the tax revenue is perceived to end up in corrupt activities. Because citizens dislike paying, politicians also dislike passing laws calling for new taxes or an increase in tax rate. The government must inevitably find ways to raise the revenue through taxation while escaping the wrath of the citizens, especially with taxes which easily produces political repercussions such as consumption taxes. 2020 Political campaigns and manifestoes are incomplete without at least one proposal for tax reforms. The obvious aim of these tax reforms is to ensure there is beneficial effects on economic growth.

The Minister of Finance has given an indication that he will review all existing tax system in what can be described as fundamental restructuring of the existing tax system.  The general expectation is that, any tax reform should be one that will produce the projected boost in economic growth. But what king of reform will really propel Ghana beyond aid? Tax rate-reduction, base-broadening reform or some more radical reforms of the tax system? At this point, there are uncertainties as to the directions for these changes.

But one thing is certain that, the reform is likely to take the following forms:

It will be important to evaluate the strength and weaknesses of each approach and decide which one will survive the current political temperature as we go into election period.

Given the considerable level of uncertainty about the approach or direction of the tax reform, the business community remains unclear and will be waiting for government to announce the kind of reform it intends.

A quick look at the issues from business point of view will help to advance the prospect of the reforms and appreciate the general direction that the structure should take for any reform that will affect businesses.  At the general level, any tax reform should focus on improving the climate for doing business, stimulate saving, investment, employment, wages and economic growth. Tax reforms that are less than helping businesses in adopting prudent business decisions will be opposed and can incur political repercussions.  Loosely speaking, when businesses are proﬁtable and they reward their shareholders, they are more likely to want to expand by investing and hiring more people thereby creating jobs in the private sector, which expands opportunities, increases productivity.

Businesses will generally favour tax policies that focus on the following:

Businesses will prefer that, a new tax policy will treat the current 5% Getfund+ NHIL Levies in the same way as the normal VAT, and allow a credit for the input VAT. In the case of the 5% levy, in my view, it is not production- friendly tax policy.  There is no deduction for the levy. A lot of businesses decries the introduction of the 5% levy because it drags productivity and not in line with the concept of moving from taxation to production. Those in the distribution chain are not affected by the levy since they apply the 3% flat VAT rate. This suggests that the 5% levy favours distributors who buy and sell. This 5% becomes non-deductible indirect tax which is additional cost. We need to look at the situation where businesses do not suffer taxes by buying input of raw materials. Businesses are therefore advocating for the abolishing of the non-deductibility of the levy currently in force and replacing it if possible, with a marginal increase in VAT from 12.5% to 13%.  The levy should be completely integrated with existing VAT system.

Businesses will prefer that, tax policies should be geared towards encouraging investments in business ventures. Customs tariffs and rules should permit local manufacturers and industries to compete on a level playing ﬁeld in the marketplace. Such policies should raise the required amount of revenue for government without distorting a business decision to invest capital and hire new workers.

The additional revenue generated from these sources can argument the existing revenues from taxation. This calls for adequate resources to enable the GRA undertake these activities.

Businesses will embrace tax reforms that promotes rather than hinders the competitiveness of businesses. Any tax reform should encourage economic dynamism and growth in a more efficient way. Business opportunities, rather than tax planning, should be the driving force behind business and investment decisions. The reform should completely do away with selective preferences of tax exemptions. Selective tax exemptions is reported to have cost Ghana GHS393 million in 2010 (representing 0.6% of GDP) and in 2018, the figure stood at GHS 4.66 billion (representing 1.6% pf GDP). The current economic conditions, combined with indirect tax is bias to local manufacturing. It is cheaper to import finished goods than to produce them in Ghana. This must change and this budget statement is the right opportunity to rebalance the exemption policies.

The current tax laws are very complex to understand and comply with, especially for small businesses who do not have the resources to employ tax consultants. The tax reform should incorporate administrative rules that make it easier for taxpayers to administratively comply with the law. Anytime tax reforms leads to complications in compliance, it has a high tendency of non-compliance which will eventually lead to tax evasion. The GRA embarks on campaigns to educate taxpayers to honour their tax obligations but most often, such educations does not yield the needed results. We can make tax education a compulsory subject in second cycle and tertiary institution to ensure Ghanaians understand the need to pay taxes. The GRA should also implement the modified taxation system of taxing the informal sector contained in the Income Tax Act. Making tax laws simple makes compliance easier and more readily understood by more Ghanaians. A simpler tax system will result in full tax compliance.

Businesses may not be excited about tax reforms if the reform present complexities and no adequate time to enable businesses implement those policies.  There is no doubt complexities are inherent in most tax reforms. Mostly, what appears in a tax reform proposal to be simple and straight forward inevitability tends to be complicated to implement in practice. Some of the laws do not make provisions for “grandfather” mechanism to deal with transitional issues. A tax policy will have good intentions but end up increasing the administrative burden of taxpayers. Because of the likelihood of any comprehensive tax reforms to be complicated, transitional rules should be made in the tax laws. The reform should include  broad  and  strong  transition rules  that  provide fair and  equitable  treatment  for  taxpayers  who   have   committed  substantial  resources  based  on current law.

Getting the Right Balance and the way forward

So the question is, are all tax reforms that are good for business also good for the Nation? The Economists in Ghana normally say that high taxes are bad for economic growth. But in an economy like Ghana where large commercial transactions do not take place in the formal sector, how can the government raise the needed revenue without increasing taxes?

Generally, not all tax reforms that are good for business may be good for the growth of the economy given the narrow interest of owners of capital who constitute just a small segment of the economy. There is the need to have the right balance between tax reforms that are good for businesses and those that leads to economic growth. This calls for critical evaluation of every tax policy, backed by research data. The Ministry of Finance should be interested in engaging industry. This is critical for efficient tax systems.

When tax reforms fail to succeed, tax revenues could decline, leading to laggard economic growth. Thus tax reforms being good for business is not the exclusive criterion by which tax reform or economic policy in general, should be evaluated. Sometimes the link between business prosperity and national development is blurred. An  extreme   example  that  exposes  the disconnection between  what   is good  for  business   and  what   is  good  for  the  nation is the  reduction in benchmark values at the port for customs duties. The reduction in the port values were intended to reduce customs duties, increase the volume of import and reduce the prices of goods generally. But at the general level, volume did not increase as expected and the GRA announced that, revenue at the ports were hurt, though this policy from government to businesses would raise current proﬁtability of businesses. Local manufacturers and the Association of Ghana Industries complained of unfair competition.

It is my expectation that, any tax reform will be backed by well research data whiles still achieving a tax friendly environment for businesses to thrive.

Let us use this budget period to change situations to accelerate the growth of this country.

Cashew processing: challenges and opportunities in the sub-sector

I Forgive Her, I Do Not Fear the Law

Stephen S. Roach’s thoughts … the end of the US-China relationship...