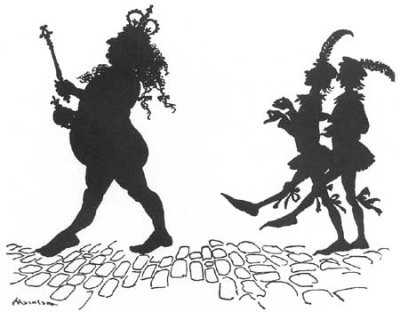 There is a very popular piece of statistics that is very prevalent in service literature. It is said that 80% of businesses believe that they provide superior services. However, only 8% of their customers really believe the quality of service is actually superior. This stat has been posted widely—on blogs, in vlogs, in presentations and even by writers for such widely-regarded publications as Entrepreneur.com, etc. The truth is that I am yet to find the source so I would normally want to use it as sparingly as possible.

But there is some truth behind the idea that we, more often than not, overestimate our impact on others. It is natural to believe that we are better than we actually are. When we allow this to get so much into our heads, we stand the danger of not allowing any dissenting views to get through to us.

The preceding thought reminds me of one of my favourite childhood stories—Hans Christian Andersen’s “The Emperor’s New Clothes”. I believe this is a story that is common to many a reader. Originally published sometime in 1837, the story of the Emperor and the two tricksters was to pass along the message of what pride and vanity could do to an individual. It is a story with a strong message for not only political leaders but also for business leaders—natural or legal.

In the story, there lived a vain emperor who cared for nothing except to dress up in the most beautiful of robes and show off to his subjects. The welfare of his subjects was not too much of a bother to him. One day, two men came to the town claiming to have the ability to weave the most magnificent fabrics imaginable. The fabrics were so exquisite that they became invisible to anyone who was hopelessly stupid, incompetent or unfit for whatever position he or she held.

As was to be expected the vain emperor was swept by the euphoria and ordered these two men to weave their best for him. However, what this emperor did not know was that the two mean were nothing but con men who had other ideas. Upon being given the contract, they set up their loom and went straight to work. But they actually did nothing. They pretended they were weaving. No one saw a single thread or yarn but no one dared say anything.

To cut a long story short, when they brought the “invisible” robe to the Emperor, he could not see anything but had to go along with the charade for fear of being seen as unfit for the crown. He therefore ended up parading naked through the streets of his kingdom.

Many businesses are parading around believing that they are offering excellent customer service. However, the reality is far from that. These organisations tend to use their own internal measurements to score high marks for themselves. What these companies forget is that when it comes to customer service, it is the customer who holds the marking scheme. In other words, the customer’s perception is the reality. It does not matter what the company thinks of the quality of its service, what the customer thinks is what really matters. It also does not matter how many excuses the company has to explain away the quality of its service. What the customer sees is what is.

See Also:  The BIG DATA revolution…New possibilities for Ghana and beyond – ( 1)

Like the emperor, many organisations do not make it easy for people to freely express their views. By a number of means, customers are unable to make their views known. Organisations whose customers have no means of expressing their views about the quality of service are the emperor’s in the corporate world. They deceive themselves into believing that because no customer is complaining, then things might be alright.

Hans Christian Andersen writes that the two con artists-turned-weavers convince the people that anyone who did not see the invisible attire was unfit for their positions, stupid, or incompetent. This scared all the townsfolks into submission. No one wanted to be seen as been unfit for his or her position. Who would want to be seen as stupid? Who was ready to stick his or her neck out to be regarded as incompetent? For these reasons, everyone kept quiet.

It is human nature not to want to stand out from among the crowd negatively. Therefore there are customers who would want to voice out their opinions about something to do with the quality of service. However, for fear of been seen as too fastidious, too petty, or know-it-all, they would rather keep their thoughts to themselves.  This is Pluralistic Ignorance (PI) at play.

Pluralistic Ignorance is that phenomenon where people in a group erroneously assume that others in their group hold comparably more or less extreme beliefs, or views. However the truth is that the seemingly minority view is, in truth, the majority view within the group. Social psychologists aptly define PI as the situation where “no one believes, but everyone believes that everyone else believes.”

When a customer sees something wrong with the service, he or she would first consider the reactions of other customers. If these other customers do not seem to be bothered by the issue, our good friend—the customer—would follow suit and behave as if all is well. Inwardly, the one would not be happy with the situation and on one fateful day, the customer would decide that enough is enough.

In the original story, the Emperor is said to have first sent one of his most trusted official to go have a look at the said extravagant clothes. As expected, the old minister did not see anything but he came back to report that the attire was fabulous. Next the Emperor sent some officials who also came back with the same excellent report.

This is so akin to what happens in many organisations. Senior managers and supervisors would find it difficult to see things from the customers view if the Chief Executive or MD does not see anything wrong. In order to be in the good books of the big boss, these managers would behave like the Emperor’s ministers and officials. They would never say there is something wrong with the service, even when the situation is crystal clear to all.

I have seen PI at work on quite a number of occasions during my days at the front line. For instance, customers might not understand the way a certain feature of a product (service) you are trying to sell works. However, they would all sit there and not say a thing for fear of looking silly. Sometimes, you get to realise that the entire bunch might not have understood a thing only when you start to ask questions. That is when it hits you that you might have wasted all that time. But why was it that not even a single person lifted his or her hand to ask a question? The same reason why not a single one of the Emperor’s ministers and officials kept quiet. Conformity! Fear of being alienated. Or as the 17th century English clergyman, Thomas Fuller is claimed to have put it “do as most do so that they will speak well of thee.”

All this is quite unfortunate. Because, more often than not, when the scene of the Emperor’s nakedness on the streets becomes too unbearable for such customers, they would just walk away from the parade. So many customers have walked away without saying anything. It has been claimed by some studies that as high as 96% of unhappy customers prefer not to complain. They would prefer to tell others about their experience but they would not report to the company.

There are a number of reasons why customers would prefer not to tell the “Emperor” that he is naked. For one thing, sometimes speaking up requires too much effort. If the customer has to go to the third floor, bypass the security man, look for the third office on the right and go talk to the stern-looking woman behind the tenth desk, the customer would prefer to walk away. This is why it is advisable that businesses make complaining the easiest thing that a customer can do. If only businesses would see a complaint for what it truly is—a gift from a customer—they would put in place measures that would make complaining very easy.

At other times, a customer would prefer not to complain if he or she believes nothing good would come out of the complaint. If his officials had been telling him things but the Emperor does nothing about the situation, why would they bother this time around? Organisations therefore must make it a point to, in the very least, acknowledge receiving customer complaints and suggestions and to promise customers that the views are being given serious consideration. That alone is enough to make the customer feel valued.

If a business fails, by not putting these measures in place, then what that organisation is the voice of that little boy—someone who in his or her innocence would voice out the truth without fear or favour. Anyway, you can consider this piece to be the voice of the little boy shouting, “The Emperor has no clothes on.” Hopefully, by then it would not be too late.

We have no challenges with Huawei – Ursula Owusu