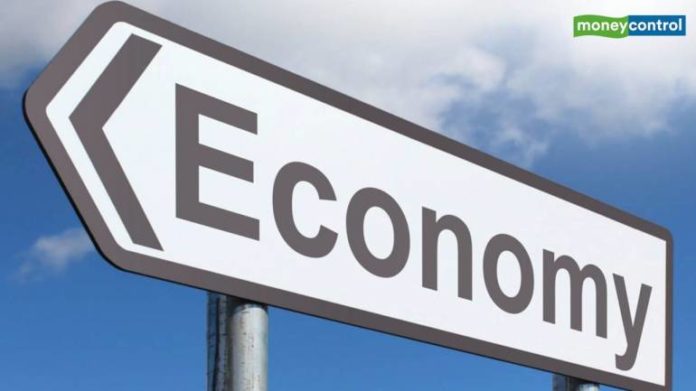 Over the years, various governments have employed several fiscal policies with regard to taxation, aiming to increasing tax revenue in support their expenditures. Citizens as well continuously yearn to see a time when our fiscal policies will shift from taxation to production through widening of the tax net, restructuring the fundamentals of the economy from import to export-led, aligning tax exemptions with key deliverables, as well as industrialisation of key economic sectors.

Unfortunately, the ‘tax-widening net’ philosophy has consistently been synonymous with using the consumption tax approach to get formalised sectors to pay more tax, without necessarily roping-in more tax payers; and one wonders if the Ghana economy can ever move from taxation to production.

See Also:  Back to basics

The July 2019 Mid-Year Budget Review, as expected, resulted in a repeal of the Luxury Vehicle Levy Act, 2018 (Act 969), including passing the Communication Service Tax (Amendment) Act, 2019 (Act 998), CST, which basically increased the communication service tax rate from 6% to 9%. But I keep on asking, are we ever going to shift from taxation to production? Or is the phrase only good for our policy textbooks and political manifestos? 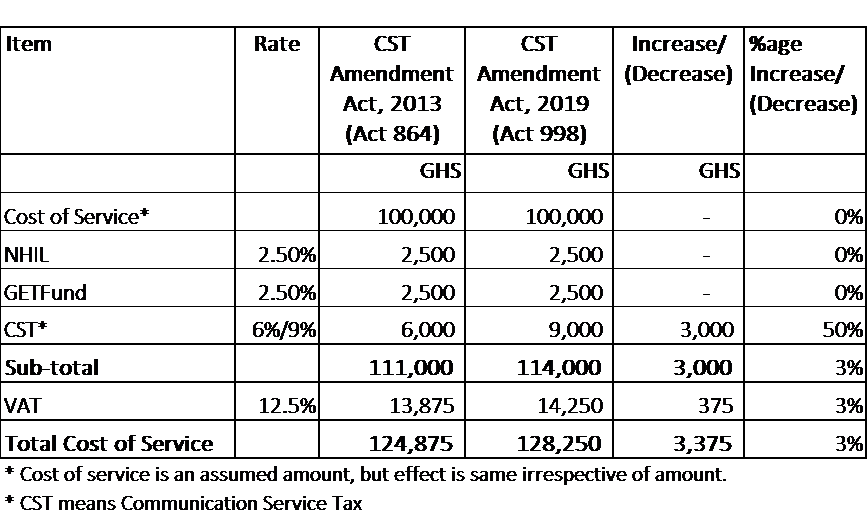 However, with the same amount under the new CST Amendment Act, 2019 (Act 998), the user will suffer the same total levies of GH¢5,000 – but CST and VAT will increase to GH¢9,000 and GH¢14,250 respectively, resulting in a total tax of GH¢28,250 as compared to GH¢24,875. This means that with passage of the new CST Amendment Act, 2019 (Act 998), users of electronic communication services will now pay more for the same service; and from the above example, CST and VAT will increase by 50% and 3% respectively – and therefore become additional cost to the users of electronic communication service, with the potential to pass additional costs to consumers.

See Also:  The impact of effective participation of businesses in fee-fixing revenue mobilisation

Nonetheless, government will gain additional revenue of GH¢3,375 due to the increased CST rate of 9%; however, it is unfortunate that government’s continuous attempt to widen the tax net has rather resulted in burdening taxpayers with more tax – leading to increased cost of living, reduced business cash flow and eventual collapse of businesses.

And I ask again, does this tax policy widen the tax net or we are just interested in increasing tax rates no matter the cost?

The writer is a chartered accountant and tax professional. All comments/suggestions are welcomed via dajdesmond1@gmail.com

Performance of Rural Financial Markets:…Issues and Implications for Rural Development