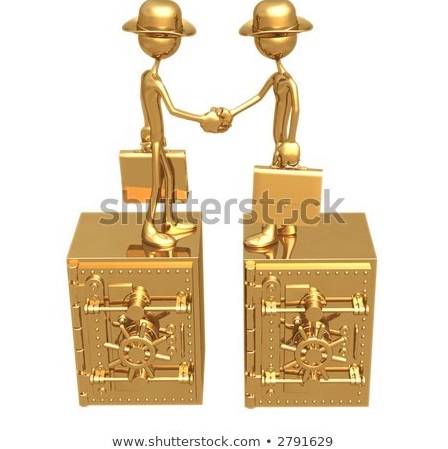 The art of life is a constant readjustment to our surroundings. –Kakuzo Okakaura

In some of my previous publications, I examined the effect of bank consolidations, mergers and acquisitions on both the organizations as well as the employees involved.  The resultant organizational changes have several benefits as well as challenges, but with a strategic and objective approach, it should end well and make banking more profitable and customers more trusting of the system. Leading a group of persons with various backgrounds and cultures can be very daunting for the new managements.

Let us take a cursory look at some of the benefits and challenges:

Organizational changes are usually accompanied by restructuring, rightsizing, while structures, policies and procedures also change. Some existing staff may be be laid off, new staff recruited to blend with existing staff. Now after all this jigsaw puzzle has been put into place, what happens to the people?

How easily do people change their mindsets and attitudes within this new order that I have enumerated above? Since the most prized asset in any institution is the people, if the puzzle is not solved with the human touch, there may be some negative consequences of the teething process:

Some global banks across the world have been known to have invested billions of dollars in acquisitions, restructuring and organizational change, which rather turned the scales and caused losses and reputational damage. The underlying cause was the lack of management of  the People Factor.

How mergers and consolidations affect employees

Employees often struggle to fit into a new office culture when companies merge. Mergers result in a new way of doing business, and employees sometimes resist the changes because they do not understand how they fit into the new business and office culture. This discomfort can dissipate as employees learn about the new company and its goals. Getting to know the new managers and the duties you’re responsible for can bring a new understanding of how that aligns with the merged company’s goals.

Mergers often lead to one company and its executive team taking the lead in managing the new business. That means executives who work for the subordinate company have to get used to a reduced role with the merged business. Top executives who are relegated to a less dominant team often have difficulty adjusting to their new roles, which can impact their potential to enjoy success there.

Merger announcements make employees tense because layoffs usually follow company mergers. Some employees immediately look for new jobs rather than waiting to find out if they will keep their jobs after a merger. However, mergers may increase job security for employees who are not laid off. Companies merge partly because they anticipate creating a stronger business by combining finances and other resources. Employees’ job security grows if a merger creates a more competitive business that is financially stable.

Mergers tend to have a negative impact on how employees view their employers. Sometimes workers lose confidence in the future of their company following a merger, which causes some employees to quit. However, when the new management team communicates a clear and forceful vision for the future of the merged company, they are less likely to leave.

One common occurrence when two or more organizations come together, is the clash of cultures. Rarely do two organizations have the same culture. As these groups get to know each other there will inevitably be slight conflicts. Employees may fear losing their jobs or losing opportunities that they formerly had. This fear can negatively impact productivity and may even result in employees leaving the company to seek jobs elsewhere. It is important for organizations and their managers and HR staff to recognize this and to provide opportunities for employees to get to know each other, to openly address concerns, and to work together toward the creation of a new culture that will merge the best of both worlds.

Another dichotomy is the wide gap created during acquisition of a bank.  The “old” staff are the ones that were in the system before the acquisition, with its introduction of new management, new processes and policies. The entrance of new staff is seen by some existing staff as an invasion, a nuisance and they are sometimes even perceived as spies for the new management. During such situations, some old staff go to the extent of conducting their own background checks on the new ones, as they wonder why they have come to “replace” their colleagues who have had to be laid off or, “right-sized”. One expected development of this dichotomy is that the new staff also start bonding together, sharing information, ideas and thoughts. As their relationships are cemented, they sometimes form their own negative impressions (mostly false) about the old staff. They eventually generalize that all old staff are bad, useless, ignorant, etc. The gap continues to widen. Can you imagine that in some places, even after ten years of integration, the old and new staff syndrome continues to persist!

If you are a new staff, you have to be mature about these things and take it as a normal phenomenon in human institutions. A lot depends on your attitude as well. You have to understand and empathize with the old staff, while making sure that you listen, “shine” your eyes, avoid being trapped into taking sides with people and stay focused on your goals as you “justify your inclusion”.  After all, no condition is permanent. When the resisters of change realize your neutrality and seriousness, they will come closer to become your friends. Avoid creating an impression that you have the magic wand. The key is teamwork.

The “Pull Him Down” Syndrome

Let us look at the happenings in the departments and branches during organizational changes. A typical scenario is that of staff with long experience who find themselves being “Lorded” over by younger entrants or “outsiders” who have no inkling into how they have fought and built up the system with their sweat and blood!  Some of them wonder….“ How can you come and usurp the big family feeling we had, and dilute the system?” Such people feel relegated to the background and sometimes peeved that their wings of power have been cut off. The only thing I can say to such people is “relax, work with the person, study what he or she has come to offer, learn and unlearn. You never know, it may only be a façade that can be lifted off in the near future, or the person really has something to offer the organization. Don’t feel threatened. Look at the bigger picture”. Sometimes we forget that if we pull someone down, we will also fall down with the person.

The Need for Re-Training During Change Management

It is common knowledge that whenever a bank is facing liquidity challenges, the first department to be affected by cost-cutting measures is the Training department. Well, perhaps it is the most practical decision to make, but the long-term effect of lack of training is ignorance. I have been a beneficiary of several change management training programs, and I believe that during such transition periods, it “cools off” many hot-headedness among staff which can be likened to a reconciliation process. This is usually done through in-house facilitation as well as by external consultants when a needs analysis has been conducted.

I will pause here. Next week, we shall look at various methods of effecting integration among various persons undergoing change management .This will effectively minimize risk and improve integration in newly merged entities.

“The ‘rural’ tag should not be a stigma” – Ashanti Chapter...

AFB Ghana shows strong growth in one year of acquisition by...