Confessions of an IMF-Exit Optimist : An Independent Autopsy.

First off, I don’t have the answer to what exactly happens next. Many opinion pieces on Ghana’s very unromantic breakup with the IMF have been said written hinted howled and argued out already through every medium possible.

Ghana is on schedule to exit its $918 million bailout program with the International Monetary Fund (IMF). If our Finance Minister Ken Ofori-Atta has his way, our nation will never return to that relationship ever again. Yet, the ruckus on the matter comes as a surprise to me as I feel we should be used to a move like this by now. Kufuor made a similar move to resounding criticism and uproar much like what’s happening now. We shouldn’t be this surprised.

When President John Kofi Agyekum Kufuor, leader of the New Patriotic Party back then, opted for the Heavily Indebted Poor Countries (HIPC) Initiative bank in 2001, it was based on the objective analysis of the economic situation of the country. He urged all UN agencies, the international community and foreign investors to have confidence in the government and continue bringing development to the nation.

President Nana Addo Dankwa Akufo-Addo, current leader of the New Patriotic Party, has opted to pull Ghana out of the IMF this month, based on his objective analysis of the economic situation of the country. During this tenure the fiscal deficit has significantly improved and the party boasts of numerous economic milestones validated by the international community. He too, just as the former NPP leader aforementioned, urges all stakeholders to stay calm for he has deciphered the cause of our economic woes that keep driving us to the IMF: gross mismanagement. 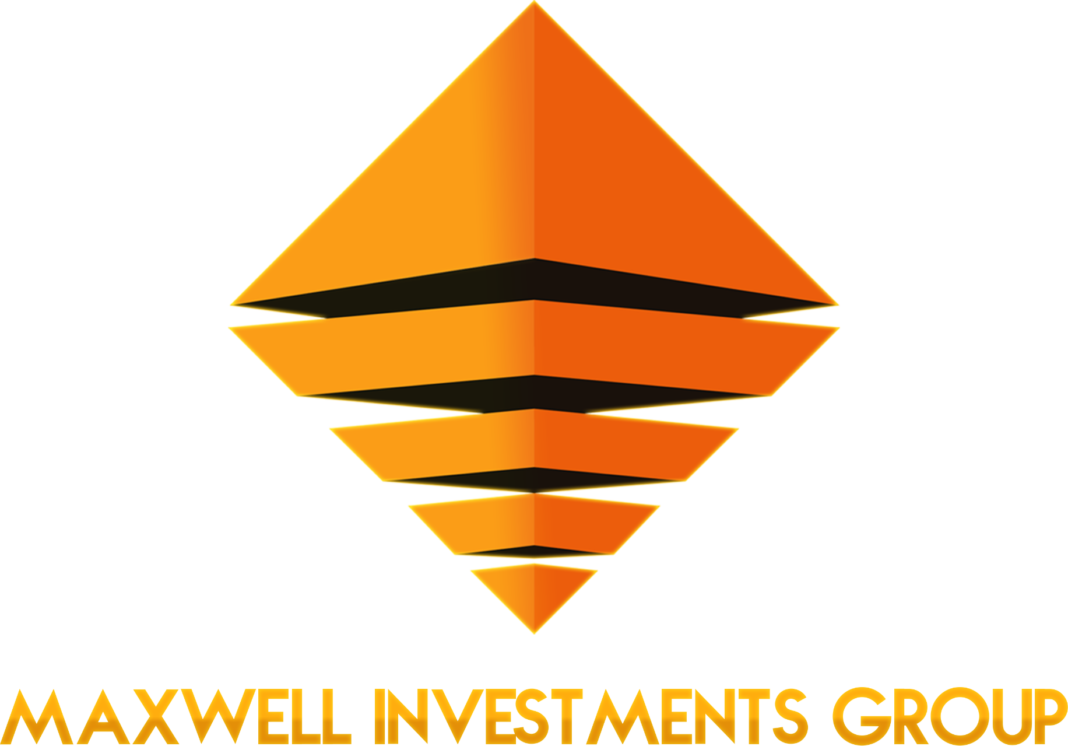 And do you doubt his diagnosis? Validation of the applicability of his cure is subject to time but has corruption and mismanagement not been the thorn in Ghana’s proverbial flesh since… ever?

HIPC was never intended to end to all the problems and our loud presumably permanent exit from the IMF won’t end all our woes also. There was a positive yet critical support for the HIPC though, if memory serves me right. While the HIPC Initiative seeks to provide debt relief based on the implementation of poverty alleviation conditionalities governed by the IMF and the World Bank, the Kufuor Administration received the most financial assistance than any other in the history of Ghana. In fact, it was the third biggest recipient of British aid in Africa. In direct contrast this NPP government seems to be running away from aid. Why?

If a man is to put out the fire in your concrete home and it might blow up your foundation pillars in the process, I’d say you handle your house fires IF YOU FEEL YOU CAN. Ken Ofori-Atta has been mighty confident about Ghana’s economic direction and his prophetic abilities on the economic direction of the nation in reaction to his stimuli should attain some recognition. Yes there is public outcry on the ground about hardships but tell me a period in Ghana within the last two decades that had a general unifying public consensus being “Ghana is now good oo”. It never happens. Our “good” economic status is always spoken about in retrospect.

See Also:   Int'l community should collaborate in the battle against COVID-19 epidemic for better results

Former President Kufuor’s Economic and Finance team crafted the HIPC Initiative bailout. With the implementation of strategic governance, modernization of agriculture and rural development, enhanced social services, and vigorous infrastructure development, Ghana’s GDP quadrupled from £2.6 billion in 2000 to almost £11 billion. Ghana was spoken of as one of Africa’s success stories, and this is validated by the International Communities’ assessments at that time. What’s my point? My point is the next successive NPP Big Boss comes up with a radical move involving the IMF, stating strategic policy implementation, “discipline and systemic management in our national economy and its public finances” as his intended arsenal moving forward and it shouldn’t surprise you one bit.

And fact is, the last time Ghana exited from the IMF we went running back in just two years. Do note though that the exit was under one party in 2006, and the proceeds of the running back came under another party in 2009. The IMF-approved US$602 million loan to Ghana in 2009 was intended to eliminate Ghana’s large fiscal imbalances. Conditionalities  for the loan included stabilization policies for economic growth and prosperity, reducing inflation, deferring statutory payments, and reining in government spending.

When President Akufo-Addo defeated former President Mahama in December 2016 elections, the International Community’s evaluation of our economy appeared to have the former inherit an economy reeling from substantial public sector deficits, rising inflation, high unemployment, and a weakened currency from the latter. Akufo-Addo campaigned to end rampant government spending, create more jobs, and stop the financial crisis and actions are being taken in that direction. The 2018 budget and fiscal policy focused a downward review of electricity tariff and reeked of numerous material economic highlights. Long story short, by our Government’s standards, the country is now ready to weaned of IMF once again, presumably permanently.

There are many benefits to working with the International Monetary Fund (IMF). These benefits aid in strengthening the public purse and sound economic regulation, improving transparency, the effectiveness of the inflation targets, controlling payroll, sizing up the civil service, and enhancing revenue collection. The program aims at macroeconomic stability to attain prosperity and to forge economic opportunities for all, while also protecting against the wrongful disbursement of public funds.

However, IMF demands can create some strain on policies requisite at such and such a time for economic prosperity. This can unfortunately create poverty if not curbed. Borrowing money from the IMF can put restraints on the government, which might compromise national sovereignty in decision making and independence in more ways than one. While the IMF aims at controlling social spending and freezing wages, the wealth contribution is arguably to a tiny elite when mismanaged. Also, the IMF more so often looks at the picture from the macroeconomic point of view. It focuses mainly on GDP growth and stability, instead of improving the condition of the normal workers, the poor, or the middle class. And the mandates that come with loans often lead to poverty.

See Also:  Who protects the child?

I find it unsettling that in 2000, the Joint Economic Committee of the US Congress concluded on a 73% failure rate for all World Bank projects in Africa. This should be worrying because after the hullabaloo of government borrowing this and government borrowing that, to borrow the now infamous line, who watches the watchman, when the watchman is in charge the loot? The uproar is, in my opinion, almost always misdirected as I feel implementation policies should be more aggressively scrutinised rather than newspaper article headlines.

I never interpreted “Ghana Beyond Aid” as a cease to international collaboration. Ghana is open to funding opportunities and donor agencies. With a plethora of options, there are still bilateral and multilateral finance options open to cooperating with the nation aside the IMF. These institutions can power productive initiatives which aim at accelerating Ghana’s industrialization and socio-economic development, like the One District One Factory Program, amongst others. The EXIM Bank is a popular example of how a nation can cooperate with other foreign financing institutions outside the Bretton Woods System.

The International Finance Corporation (IFC) has provided services to Ghana by establishing partnerships with donors, the government, and the private sector. They also aim to encourage public and private partnerships to improve the investment atmosphere and promote financial inclusion. For example, the IFC once provided Vegpro with $7million in finance to support the expansion of Vegpro Group into Ghana. Similarly, Vodafone extended a $100 million loan to Vodafone Ghana. It then mobilized a $115 million financing package later from Chinese, German and African banks to enhance the country’s telecommunications network, especially in rural areas. These are facts and yes without context. And all these are also foreign inflows of investments into the country outside the IMF.

As Ghana continues to work on attracting investors through the broadcast of information on her committed and sound economic policies, relatively newly emergent economic powers, such as China, have proven to be interested in Ghana. A massive $2billion deal with China has been finalised. China built the AU headquarters in Addis Ababa. China has constructed other government buildings in Africa and signed deals to aid in the development and finance of parliament buildings in Zimbabwe, Egypt, Malawi, Guinea-Bissau, and the Republic of Congo. Yes yes China is another hot topic in lieu of some events but don’t lose the point. The point is other options exist aside the IMF. Other deals can be made, and I honestly believe the house is not on fire… at present.

As Ghana takes its first steps away from the IMF, once again, we can only hope that it continues on the path to success. With dedicated leaders and strategic plans, Ghana is ready to brave the world. It’s been a long time coming if you ask me.

Mr. Maxwell Ampong is the CEO of Maxwell Investments Group, an International Trade Support and Business Development Solutions Provider. He works with a team of motivated professionals, governed by industry experts with experience spanning over a century. He writes about trending and relevant economic topics, and general perspective pieces. Facebook:@thisisthemax.  Instagram:@thisisthemax.  Twitter:@thisisthemax.

Experience the evolution of meqasa.com