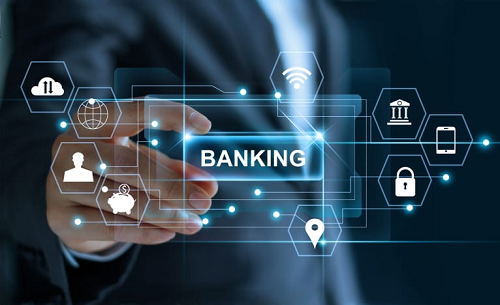 August 14, 2019 marked exactly two years after Ghanaians woke up to news of the of the erstwhile UT and the Capital Banks’ licences being revoked. Within the period, seven (7) other indigenous banks and over three hundred (300) microfinance and money lending institutions also had their licences revoked for many related reasons which became chorus on many lips. The public expressed their sentiments and continue to do so at the least opportunity. Can anyone feel displeased with such views? Opinions are like noses and everybody has one. So, the public’s opinions on the banking sector reform will continue to be mixed in all respects.

That said, it is public knowledge that the Bank of Ghana has revoked licences of some twenty-three (23) savings and loans companies and finance houses. As a banker, I am heavily weighed by mixed-emotions anytime I reflect over the immediate and the long-term effects of the reforms or the clean-up exercise so described over the period. Many will agree with me that, there is nothing more dignifying or deserving of respect than for able souls to wake up with the rising of the sun and have their hands soiled with the dirt of work till the sun sets.

In the same vein, we can equally not gloss over those infractions which have led to the reforms. Hereon, will the experiences we have gone through over the past two years inure us to the realisation that losing a banking licence is inalienable from the business? It can literarily be seen as a yearly ritual elsewhere. Alas! Let’s have a deeper conversation with some insights from Nigeria.

Before then, we can recall that the first time Ghanaians witnessed the official withdrawal of a banking licence in the country was in the year 2000, when the Bank of Ghana revoked the banking licences of two insolvent banks at the time- the Bank for Housing and Construction (BHC) Limited and the Ghana Co-operative Bank. It may not have crossed the minds of many individuals that it could happen again after seven (17) years. Even if it has, they did not imagine the current magnitude.

The number of years it has taken us to experience it again, and the news that the clean-up exercise has been completed makes me entertain a lingering feeling. To me, people have not yet come to terms with the fact that the rod of revocation can be applied anytime to any insolvent bank or a deposit-taking institution in distress.  We may be deluding ourselves that the exercise is over and gone into history or happen again after many long years. But Nigeria’s experience comes in handy to help us understand the realities.

For instance, between years 1994 to 2006, forty-five (45) financial institutions were closed and put under liquidation as follows:1994 (4 banks),1995(1 bank),1998 (27 banks),2000(3 banks) and 2006(10 banks). Thus, in that trajectory, between 2004 to 2005, the number of banks in Nigeria reduced from 89 (banks) to 24 (banks). Indeed, very close observations with regard to the year-intervals reveal that no sooner than the dust settles on one revocation exercise another bank loses its licences in Africa’s biggest economy by way of Gross Domestic Product (GDP).

Similar actions also took place after 2006 and affected hundreds of financial institutions. The most recent was in 2018 when the Central Bank of Nigeria (CBN) revoked the licences of one hundred and eighty-two (182) financial institutions with some six (6) mortgage banks. Other readings clearly reveal to me that revoking the operating licence of a bank or microfinance institution in Nigeria has become the banking industry’s sub-culture which the people have lived with over decades and so accepted in their country. In this regard, we should begin to orient ourselves as Ghanaians to accept the naked truth that banks and other regulated financial institutions in Ghana can equally lose their licences as and when they become insolvent defined by regulation.

See Also:  Multilateralism is the only way forward

But since depositors’ funds need protection, the institutionalisation of deposit insurance schemes, for example, the Nigeria Deposit Insurance Corporation (NDIC) or the Ghana Deposit Protection Corporation (GDPC) is meant to safeguard against losses as well as build confidence and trust in the banking system. From the foregoing issues, sustenance of the banking industry should not only be anchored on the implementation of new directives but also, regular public education programmes. Any of such established programmes will help orient the public and make them develop the sub-culture built on trust that their deposits are safe when banks collapse. By extension, those activities will prevent bank-runs or panic-withdrawals during revocation exercises.

The painful reality that we cannot overlook from our recent experiences is that the incident of panic-withdrawals caused some institutions to lose huge deposits resulting in them becoming distressed and insolvent. Hence, they had lost their licences. This is the hard truth of the pain we have inflicted on ourselves through our actions or inactions. To avoid it in the future, let’s orient ourselves with sustained public education activities. The occasional ones in the form witnessed early this year have not helped much from my observations to build trust and confidence in the system. Let’s orient ourselves!

Thank you for reading. Your comments/feedback are welcome. God bless You!

PIAC and potential ‘sweep’ of petroleum funds: Does treasury account...