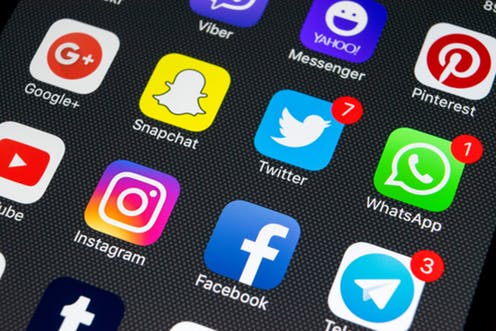 Around the Spring of 2011, a never imagined event swept across the Middle East; shaking up the decades-old political establishment. This civil revolution, which would later be christened ‘Arab Spring’ was, prior to that era, unimaginable in a region that had been ruled by brutal dictatorial regimes with an iron grip for decades.

Many analysts point to the self-immolation of the Tunisian man, Mohamed Bouazizi, as the proverbial straw which broke the camel’s back (others point to the increase in the price of bread- which has had its fair share for the fall of empires). But a spark needs the right conditions to sustain its momentum, and that period offered a very important condition for just this kind of event: social media.

In the early 2010s, social media took the world by storm, and millions across the globe were jumped into this new and ‘cool’ technological trend. Suddenly, people who would have never dared whisper certain statements had a voice; thanks to the veil of anonymity the internet provides. More importantly, they could organize in a way never imagined before: virtually in cyber space. The impact of social media to the possibility of the Arab spring cannot be overemphasized.

Since then, social media has had a profound effect on the political establishment and on the democratic process across much of the world. What is contentious is whether this has been positive or negative.

My theory, controversially, is that social media might be diluting democracy and making African governments less accountable to their people. Even if it allows for more citizens to participate in the democratic process, that participation does not adequately translate into positive impact. Here’s why:

The hashtag Activism: A couple of weeks ago, I came across a friend’s post which listed some of the fundamental challenges which have bedeviled our continent. She asked at the end why we are not angry enough with our politicians and hold them to higher levels of accountability. The reality is that we are indeed ‘’angry enough” with our leaders. The average African seems to have an opinion on every issue and expects more from their government, and I daresay there’s more political vibrancy in our part of the world in comparison to western societies.

The limitation here is how we choose to express our anger in the social media dispensation: i.e. through ‘hashtags’. Social media provides a very convenient avenue for the channeling of the emotions of anger. By raving and ranting and displaying our collective disdain on never ending issues, we tend to have the satisfaction that somehow our voices are heard, even if that satisfaction does not translate into any real outcome.

Social media provides a convenient alternative for putting pressure on our governments, an alternative which appears to have very little impact on government accountability; as opposed to the age-old method of ‘hitting the streets’ and demanding change – in a non- violent way. Social media, which was intended to augment the already existing mechanisms for putting our governments on their toes, has rather replaced many of those mechanisms, with less efficient outcomes. Imagine if our freedom fighters had reduced our fight for independence to hashtags? Imagine if the revolutionaries in Egypt had confined their activism to Twitter and Facebook alone, without Tahrir Square?

Information Overload: not only does social media provide a convenient avenue for venting anger; it also provides so much to be angry about that it is just not possible for people to keep up anymore. In an environment of never-ending scandals, the ‘solution’ to one scandal has become another scandal. These days, crafty African politicians have become so smart in the sense that they would, instead of responding to controversial issues, wait for a new scandal to capture our collective indignation. In the days of yore, information avenues were limited and expensive, which meant that only the most important issues gained the attention of the public. The limitation of that system was that a lot of issues considered unimportant fell through the cracks. Today, however, the sheer volume of information also means a whole lot fall through the cracks as well.

Political Manipulation of Thought: Our politicians are getting craftier at leveraging the power of social media to manipulate thought and opinion, by ingeniously managing the information flow. Hitherto, much of what we called news was channeled through the lens of the traditional media, which made the fourth estate, a powerful agent in checking the balance of power. These days, politicians can easily channel information directly to the people. As we know from experience, usually the incentive to provide citizens accurate information is not in the interest of these political leaders. By shifting power from the fourth estate (which I must admit had its own deficiencies) into the hands of all citizens, the ‘quantity’ of information is assured but at the serious peril to quality.

Fake News: Diverting attention from what matters by shifting the debate to trivial matters is a social media enabled staple. The impact of fake news in diluting democracy has been given a lot of attention lately, and some efforts are being made to curb it on a global scale. What makes this phenomenon an even bigger threat to democracy in Africa, is the fact that we have over the years not invested in the right educational outcomes that enable our citizens to have the right enlightenment, to at least discern the falsehood in such material ingenuously created by political actors.

Amusement and Triviality: The trivial is trendy and as social media puts the power of content creation in the hands of everyone who can afford a $50 device, it is never short of the trivial. These days, through the power of social media, people would pick the most trivial aspect of even some of our most important conversations to focus the nation’s attention on. A President may give an important address on the state of the nation and yet the national conversation may focus on how fashionable the first lady appeared. At best, the complex national debates are merely summarized into ‘tweetable’ characters. Couple this with our proclivity for entertainment (whose avenues abound on social media) than in ‘boring’ critical analysis of important issues, and you have citizens who are totally disengaged.

Social media is a powerful tool, but like other significant scientific advancements, its impact largely depends on how we choose to use it. When it comes to how we apply it to democracy in Africa, there are compelling reasons to believe that we may not be utilizing it to our advantage as much as we are made to believe.

The writer blogs on social, political and economic issues at www.thinkingwityou.wordpress.com

Editorial : A thought for our gallant frontline health workers

Education for All: Making education inclusive, accessible to Uganda’s children...