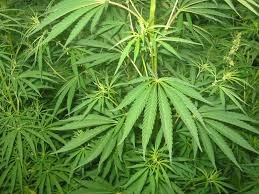 Marijuana is an herb which has been there for centuries. Marijuana also known as ‘wee’ or Indian herb, in Ghana; but injecting marijuana we seen to be the biggest sin to many in the world. People also criticize those who smoke.   Ghanaians also see ‘’wee’ smokers to be the criminals and armed robbers in the society.

Also, Ghanaians seem to have forgotten the positive side of marijuana use. Taking marijuana also helps cure a lot of diseases and sicknesses.

A research done by the National Eye Institute shows that cannabis, when smoked, lowers intraocular pressure (IOP) in people with normal pressure and those with glaucoma. “This effect of the drug may slow the progression of the disease, and prevent blindness.

Cannabis can be used to treat and prevent the eye disease glaucoma, which increases pressure in the eyeball, damaging the optic nerve and causing loss of vision.

Cannabidiol stops cancer by turning off a gene called Id-1, the study, published in the journal Molecular Cancer Therapeutics, found. Cancer cells make more copies of this gene than non-cancerous cells, and it helps them spread through the body.

The researchers studied breast cancer cells in the laboratory that had high expression levels of Id-1, and treated them with cannabidiol. After treatment the cells had decreased Id-1 expression and were less aggressive spreaders.

In 2010, researchers at Harvard Medical School suggested that marijuana decreases anxiety, which would improve the smoker’s mood and act as a sedative in low doses.

A study published in the Canadian Medical Association Journal suggests that cannabis may ease painful symptoms of multiple sclerosis.

Jody Corey-Bloom studied 30 multiple sclerosis patients with painful contractions in their muscles. These patients didn’t respond to other treatments, but after smoking cannabis for a few days they were in less pain.

The THC in the pot binds to receptors in the nerves and muscles to relieve pain. Other studies suggest that the chemical also helps control the muscle spasms.

In 2011, researchers announced that cannabis alleviates pain, reduces inflammation, and promotes sleep, which may help relieve pain and discomfort for people with rheumatoid arthritis.

Researchers from rheumatology units at several hospitals gave their patients Sativex, a cannabinoid-based pain-relieving medicine. After a two-week period, people on Sativex had a significant reduction in pain and improved sleep quality compared to placebo users.

Research also indicates that cannabis usage has actually been shown to have some positive mental effects, particularly in terms of increasing creativity. Even though people’s short-term memories tend to function worse when high, people get better at tests requiring them to come up with new ideas.

One study tested participants on their ability to come up with different words related to a concept, and found that using cannabis allowed people to come up with a greater range of related concepts, seeming “to make the brain better at detecting those remote associations that lead to radically new ideas,” according to Wired.

Other researchers have found that some participants improve their “verbal fluency,” their ability to come up with different words, while using cannabis.

Part of this increased creative ability may come from the release of dopamine in the brain, lessening inhibitions and allowing people to feel more relaxed, giving the brain the ability to perceive things differently.

The Department of Health and Human Services recently signed off on a proposal to study cannabis’s potential as part of treatment for veterans with post-traumatic stress disorder.

Cannabis is approved to treat PTSD in some states already. Naturally occurring cannabinoids, similar to THC, help regulate the system that causes fear and anxiety in the body and brain.

Research from the University of Nottingham shows that marijuana protects the brain after a stroke from damage caused by stroke, by reducing the size of the area affected by the stroke — at least in rats, mice, and monkeys.

This isn’t the only research that has shown neuroprotective effects from cannabis. Some research shows that the plant may help protect the brain after other traumatic events, like concussions.

Additionally, even if frequent use can be bad for sleep, cannabis may be a better sleep aid than some other substances that people use. Some of those, including medication and alcohol, may potentially have even worse effects on sleep, though more research is needed on the topic.

See Also:  Do not Waste Away

WEED REDUCES SOME OF THE AWFUL PAIN AND NAUSEA FROM CHEMO, AND STIMULATES APPETITE.

One of the most well-known medical uses of cannabis is for people going through chemotherapy.

Cancer patients being treated with chemo suffer from painful nausea, vomiting, and loss of appetite. This can cause additional health complications.

Marijuana can help reduce these side effects, alleviating pain, decreasing nausea, and stimulating the appetite. There are also multiple FDA-approved cannabinoid drugs that use THC, the main active chemical in cannabis, for the same purposes.

IT MIGHT PROTECT THE BRAIN FROM CONCUSSIONS AND TRAUMA.

There is some evidence that cannabis can help heal the brain after a concussion or other traumatic injury. A recent study in the journal Cerebral Cortex showed that in mice, cannabis lessened the bruising of the brain and helped with healing mechanisms after a traumatic injury.

Harvard professor emeritus of psychiatry and cannabis advocate Lester Grinspoon recently wrote an open letter to NFL Commissioner Roger Goodell, saying the NFL should stop testing players for cannabis, and that the league should start funding research into the plant’s ability to protect the brain.

A 2006 study in the European Journal of Gastroenterology and Hepatology found that 86% of patients using cannabis successfully completed their Hep C therapy, while only 29% of non-smokers completed their treatment, possibly because the cannabis helps lessens the treatments side effects.

Marijuana also seems to improve the treatment’s effectiveness: 54% of hep C patients smoking cannabis got their viral levels low and kept them low, in comparison to only 8% of nonsmokers

Treatment for hepatitis C infection is harsh — negative side effects include fatigue, nausea, muscle aches, loss of appetite, and depression — and lasts for months. Many people aren’t able to finish their treatment course because of the side effects.

To conclude, cannabis continues to be the most widely produced. In most countries, cannabis is the drug most widely used, both among the general population and among the youth. A global estimate by UNODC, based on available data from 130 countries, suggests that in 2016 13.8 million young people (mostly students) aged 15–16 years used cannabis at least once over the previous 12 months, equivalent to 5.6 per cent of the population in this age range.