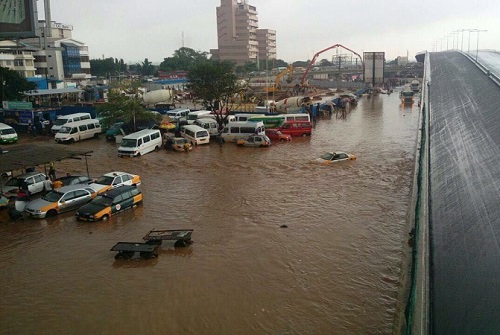 Preliminary findings of a research project on urban resilience to climatic-induced flooding in Ghana’s urban centres, particularly the Greater Accra Metropolitan Area (GAMA), suggest that the incidence of flooding is likely to increase in the face of poor solid waste management, poor drainage systems, inconsistent spatial planning and lack of data as well as poor human attitudes.

To effectively deal with the situation, it will require measures including joint and inter-municipal and district planning to ensure that development activities in one municipality or district does not create or transfer the flood hazard to neighbours.  Another measure proposed is the development of a cross-sector-driven integrated flood management strategy targetting relevant issues, including solid waste as it relates to floods and its management.

These are some of the recommendations from the research project known as ‘Managing socio-demographic change and climate-induced flood risks in Greater Accra’. The project is being implemented under the Cities and Climate Change Initiative of the Regional Institute of Population Studies (RIPS) of the University of Ghana, with support from the International Development Research Centre (IDRC) of Canada.

The project was necessitated by evidence that Ghana’s capital city, Accra, has been showing signs of shocks and stresses from urbanisation and population growth – as demand for social amenities has outpaced available resources including land. These are coupled with heightened exposure to increased climate change -induced frequency and intensity of rainfall, while poor and indiscriminate disposal of solid waste chokes water channels and drains.

“These are major determinants of flooding in the city of Accra including Accra’s location between the sea and the surrounding environs of the Akwapim mountain range,” according to the principal Investigator on the Project, Dr, Delali Dovie.  In an interview, he stressed, “It is therefore no wonder that the incidence of flooding has over the years become a perennial occurrence in Accra in particular,” adding, “the city’s worsening flooding situation is also attributed partly to poor spatial planning and improper infrastructure.

Therefore the project aims to improve the management of flood risks and enhance resilience in Accra’s readiness for future floods by developing an integrated climate smart flood management framework and engender evidence-based policy action. This was linked to baseline studies that identified flood as climatic hazard and how it affects population across scale from households to communities, to districts and the entire nation.

These areas were selected based on their geographical sites; environmental, social and economic causes of their vulnerability to flooding; and their population densities.

Since its inception, the project team has been working with scientists, institutions, the vulnerable assembly areas and communities, as well as other relevant stakeholders to translate science into effective management of floods in the Greater Accra Metropolitan Area.

The methodology for data collection included gathering baseline information on physical indicators of flood exposure such as water marks on structures to know the depth of flooding; presence of muddy puddles even during sunny days; and outgrowth of shrubs in residential areas.

The project team also held several Town Hall meetings for relevant stakeholders from the 14 project communities and public officials within the seven Assemblies. These were followed by household surveys and focus group discussions. The combined data gathering techniques facilitated the collation of a convergence of lessons learnt from a diversity of stakeholders belonging to different groups.

They established that communities such as Ogbojo, Adenta East around the Commandos area, Glefe, Teshie Abochie area, Tema New Town, Tulake and Zenu in the project area are among the most susceptible to flooding within the Greater Accra Metropolitan Area.

Community members appreciated the assessment process that enabled them to establish links between changes in their livelihood and induced frequency and intensity of rainfall. Additionally, officials of the Assemblies who benefitted from the Project Policy Fellows scheme under the Theory “U” Leadership Model, now serve as change agents for adaptation planning and resilience building.

Other gaps identified were: inadequate use of data and information for policy and management decisions; deficit in knowledge and practice of geo-technological staff in flood risk assessment and management; weak appreciation of the conceptual basis for climate smart integrated flood risk management; and non-existence of operational integrated planning at the Assemblies.

As part of its recommendations, the project team is calling for a joint evolution of knowledge management – including scientific data and provision of information to help minimise the transfer of flood hazards from neighbouring districts and communities to previously flood-free areas.

The project team also called for the use of remote surveillance such as cameras to monitor solid waste management and drainage networks. It further recommended the enhancing of knowledge and skills on the effective use of technology for flood management, such as Remote Sensing and GIS as well drone technologies.

The team proposed the adoption of proactive solution-based management of flood risks that cuts across several sectors and systems. It will also require the development and deployment of citizenry flood dissemination platforms and flood early warning systems.

Besides, the team is calling for promotion of the Ghana National Spatial Development Framework to guide evidence-based development and revision of laws and regulations on land use in Ghana.

Dr. Dovie explained that the project team is working closely with the National Development Planning Commission to incorporate the recommendations and findings into the existing pool of knowledge and data to support Ghana’s Medium-Term Development Planning. The findings and recommendations will further support strengthening the adaptation component of Ghana’s Nationally Determined Contributions (NDCs) on resilient infrastructure.

The NDCs outline efforts that countries will undertake to reduce national emissions and adapt to the impacts of climate change. NDCs are at the heart of the Paris Climate Agreement of 2015, which among other goals sought to lower greenhouse gas emissions in a manner that does not threaten food production. 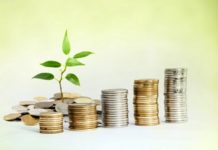 Barclays to intensify trade finance offering to businesses as it transitions...