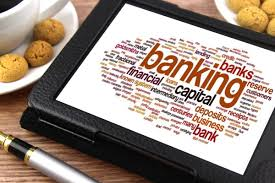 On 27 July 2017, Andrew Bailey, Chief Executive of the Financial Conduct Authority (FCA), announced that the FCA will no longer seek to compel or persuade panel banks to submit quotes for LIBOR by end-2021. This has huge implications on the financial markets especially for Banks and large corporations around the world. This paper seeks to highlight what Libor is and the need for transition. It will further highlight the alternatives to IBOR and the steps that banks and other corporations need to take from now till 2021 to prepare for the transition.

What is Libor and how is it used?

London Inter-bank Offered Rate, commonly referred to as LIBOR is an unsecured short-term borrowing rate between large banks.  Traditionally LIBOR rates have been calculated each business day for 10 currencies and 15 borrowing periods and borrowing periods range from 1 day to 1 year (Hull, 2018).

The need for transition

Following the 2008 financial crisis, there has been wide spread reports indicating that Libor may have been manipulated by some big banks thereby bringing into question the integrity of this benchmark and lowered trust in financial markets.  According to Duffie and Stein (2015), “LIBOR is determined each day or “fixed” based not on actual transactions between banks but rather on a poll of a group of banks, each of which is asked to make a judgment-based estimate of the rate at which it could borrow”. Reporting biased Libor rates could indicate that a bank is more creditworthy eg reporting a lower rate. Further, rates can be altered to make the Banks positions more profitable. In June of 2012, Barclays plc admitted that it had manipulated LIBOR and On December 19, 2012, UBS agreed to pay $1.5 billion to U.S., U.K., and Swiss authorities for intentionally manipulating the LIBOR (Rayburn and Cowden (2013)). The increased manipulation of Libor resulted in regulators pushing for the transition from Libor to more creditor reference rates.

There is need for Banks with transactions that references Libor to start preparing for the transition as soon as possible. In line with the letter by the Prudential Regulation Authority (PRA) and Financial Conduct Authority (FCA) to CEOs of large banks and insurance companies, Banks and Corporations should by now have started assessing the key risks relating to LIBOR discontinuation and come up with a detailed plan of actions to mitigate those risks.  These ////assessments and plans should involve a scenario and impact assessment and quantification of LIBOR exposures. The Banks should also setup an implementation plan which should be monitored on a regular basis to ensure that they make a smooth transition by the year 2021.

Rayburn, C. and Cowden, W., 2013. The LIBOR scandal and litigation: How the manipulation of LIBOR could invalidate financial contracts. NC Banking Inst., 17, p.221.

Nkandu Fortune Mwape is a Chartered Certified Accountant and Beit Scholar. He is an Audit Supervisor at KPMG Zambia and currently seconded to the KPMG SA in the Financial Risk Management Business Unit. He holds an MSc in Financial Risk Management with Distinction from the University of Leeds (UK) and a Bachelor of Accountancy with Distinction from the Copperbelt University (ZM). He is a Member of both ACCA and ZICA.

Insights with Dzigbordi K. Dosoo …Avoiding a burnout whilst working from home

Right to information and media agenda-setting

Banks to be authorized for tax collection …as GRA sets...