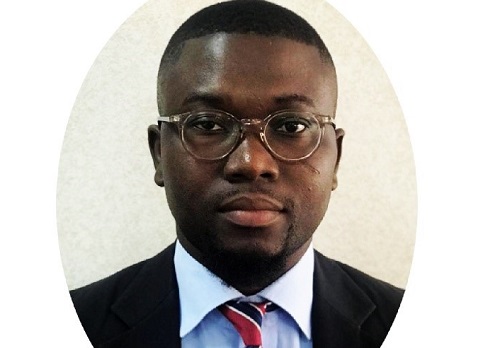 I flashed some macro-fiscal numbers from the 2020 budget to provide context for the ensuing thoughts I intend to express on the government’s fiscal plan for the coming year. Let’s get started now, shall we?

Before we proceed into the 2020 outlook, what did we learn from the 2019 fiscal numbers (9months developments)? Basically, the weak revenue collections remain the major challenge to the fiscal outlook. The mounting pressure on government to spend exposes a fundamental flaw in the recently completed IMF-supported fiscal adjustment program.

Apart from 2015 (when the IMF program commenced), government has been unable to collect enough revenue to support the desired narrowing of the budget deficit (since 2016).

To achieve the target compression in the budget deficit in the face of disappointing revenue performance, the government adopted expenditure cuts as a way to pass the IMF assessments…. But this was always going to prove unsustainable, if not combined with improvements in revenue collection.

With the “successful” completion of the IMF program, expenditure pressures have mounted, despite sluggish revenue growth. As at Q3-2019, total revenue was GH¢36.25 billion, representing a 13.6percent (or GH¢5.7 billion) shortfall to target.  On a year-on-year basis, total revenue grew by 9.2percent as at Q3-2019.

Over the same period, total expenditure was GH¢51.92 billion, representing 7.5percent (or GH¢4.2 billion) below the budget limit for the period. On a year-on-year basis, total expenditure grew by 24.7percent as at Q3-2019, nearly 2.7 times the growth in revenue.

Consequently, government had to increase its FY-2019 projected deficit target twice from 4.2percent to 4.7percent in order to remain within its target.

Also, the FY-2019 target for non-interest budget surplus (that is, primary surplus) was slashed from 1.2percent of GDP to 0.9percent of GDP….  I believe, the imposition of a mandatory primary surplus by the Fiscal Responsibility Act constrained the government from lowering the primary balance target into deficit…. a signal that government may remain committed to fiscal discipline as stipulated in the Fiscal Responsibility Act.

But evidently, the sluggish growth in revenue, coupled with a faster growth in expenditure, has resulted in a tightening of the fiscal space (or resource envelope). This translates into a higher borrowing than originally programmed for FY-2019.  As a result, investors have adopted a shorter term investment strategy with higher interest rate expectations for the Treasury’s local currency debt instruments.

This investor orientation may become prominent in 2020 as the Treasury’s borrowing need heightens.

How do I view 2020 in the light of the revenue-expenditure projections for next year?

Amongst others, the revenue outlook for 2020 hinges critically on:

While these tax handles would offer critical support for the 2020 revenue outlook, the recent history of sluggish revenue growth makes a 23percent expected growth in revenue appear quite ambitious….  Since 2016, government has struggled to sustain a 20percent annual growth in revenue.

In 2019, the initial revenue growth target was about 24percent. However, the authorities now expect a FY-2019 growth of about 14.5percent. Notwithstanding the expect inflows from the 2019 mid-year revenue measures, the persistently sluggish revenue growth since 2016 cast doubts on the feasibility of the 23percent growth in revenue especially in an election year.

See Also:  62 years of Made in Ghana campaign… have we made progress?

On the other hand, expenditure controls were less stringent in 2019 compared to what pertained under the IMF program…. Recall the IMF Article IV consultations on Ghana published in Oct-2019 in which they expressed concerns of a potential lax in policy ahead of the 2020 election.

With total expenditure for 2020 expected to grow by about 21percent, it may become increasingly difficult to suppress expenditure to match any potential shortfall in revenue (especially in an election year). This raises a slight upside risk to the 4.7percent overall deficit target for 2020, with a potential for elevated borrowing pressure in the year ahead.

The upside risk to the deficit outlook should however remain capped by the Fiscal Responsibility Act…. At least, the authorities have signaled such commitments in the 2017 to 2019 fiscal operations.

Although the borrowing pressures could become elevated, I believe the Treasury would keep a lid on interest rates as the Medium Term Debt Management Strategy (MTDS) continues to guide the borrowing plan for the year… This may however be seriously tested if currency shocks exceed expectations.

The authorities have signaled another US$3billion Eurobond for next year with US$2billion earmarked to fund the part of the GH¢18.9 billion budget deficit. The remaining US$1billion would be used for domestic liability management. I strongly believe that this domestic liability management would be critical in preventing Treasury yields from rising beyond acceptable thresholds. As such, investors should be guided in their interest rate expectations for next year.

>>>The author is the Senior Economist and Fixed Income Strategist at Databank Research. He has a passion for analyzing Fiscal & Monetary Policy and providing insights to both local and international investors. Reach him on courage.martey@databankgroup.com and or marteymatics@gmail.com

Relections of a National Service Person – “Am I a...

Beyond policy and public investment: … the SDG imperative for...