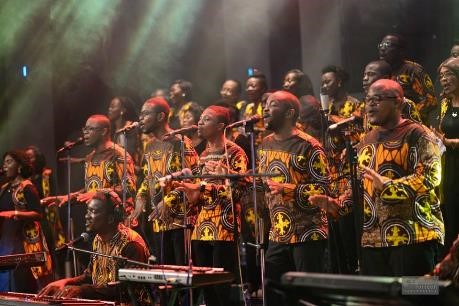 According to Wikipedia, Christmas is an annual festival commemorating the birth of Jesus Christ. It is a holiday season observed on December 25 as a religious and cultural celebration among billions of people around the world. It is characterized with various festivities which include Choral Events, Nativity Activities, Boxing Day, as well as many other secular observances. Christmas Day is celebrated religiously by a majority of Christians, as well as culturally by many non-Christians, and forms an integral part of the holiday season with social and economic benefits.

The Yuletide customs are celebrated by various countries, including Ghana, with a mix of Christian and secular themes. Synonymous with customs and the season itself, one may experience the display of various Christmas decorations, such as Christmas trees, Christmas lights, nativity decorations, fireworks – and in our part of the world, the onslaught of Piccadilly biscuits, cakes, Christmas hampers, and gift-giving.

There are several activities which officially launch commencement of the Christmas season, and these include nativity plays, church services, the exchange of Christmas cards, and special family time – whereby in Ghana (and all over the world) people often travel back home to spend the Christmas season with the larger family. However, Christmas will never be complete without the soundtrack to the season, which comes in the form of Christmas music and Christmas Carols,

Historical records show that the earliest form of Christmas hymns appear in fourth-century in Rome. The 13th century witnessed the introduction of Christmas carols as part of the Season’s festivities in some parts of Europe. The songs now known specifically as carols were originally celebratory communal folk songs sung during festivals and, sometimes, at Christmas. Carols were eventually introduced and sung in churches. Early carols took on medieval melodies which gave them their ‘uniquely characteristic musical sound’. Some carols like ‘Good King Wenceslas’, and ‘O Come All Ye Faithful’ which originated in the 13th century didn’t sound the way they do today.

According to history, protestant reformation in the western world and a reverence for the importance of music to worship by renowned Christian figures – such as Martin Luther, Charles Wesley, Felix Mendelssohn and others – made carols widely popular with hits such as ‘Hark! The Herald Angels Sing’ and ‘Silent Night’.  Secular Christmas seasonal songs such as ‘Jingle Bells’ emerged in the late 18th century. Since then, many other carols became popular all over the world with various renditions/musical styles winning over the ‘souls of the willing’.

In Ghana, Carol Services held nationwide include a mix of traditional foreign carols as well as indigenous songs composed by renowned Ghanaian music masters, such as Ephraim Amu and others. It is a sight to behold as launch of the Christmas season nurtures choral events throughout the nation.

Most choirs during this time make their Yuletide presentations garbed in wax print uniforms. The best assembling of African Wax Print fabrics, such as GTP, complement the joyous sentiments during the season as churches, companies, youth groups and schools all indulge in carol services during the festive season.

We eagerly await choral activities for 2019; and if you play the arena of social media, do remember to tag yourself as an ambassador of wax print fabrics, as advocacy for the continued vitality and existence of the local textile industry continues…even at Christmas. #waxprintambassador. Let the Choral Games Begin!

About the Author: The article is published in support of the local textile industry and the phenomenal support Ghanaians and Africans are contributing to its continued existence. The Authors are Janice Odonkor and Mavis Amevorshie of Media Republique Communications – an integrated public-relations, digital communications & business development consultancy. For more on the firm visit www.mediarepublique.com