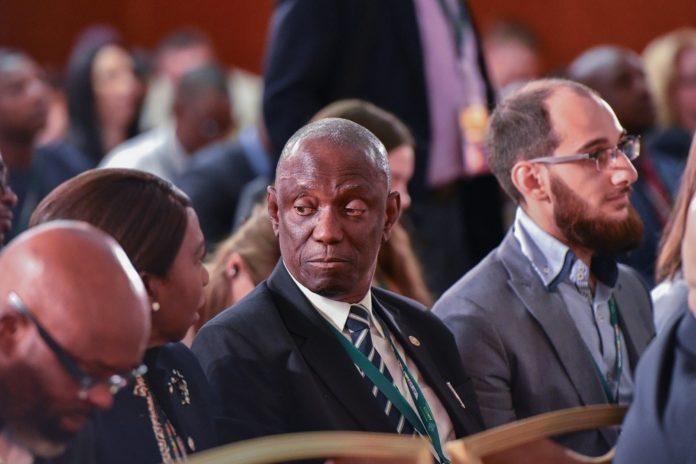 In order to fulfil their development objectives and meet the needs of their citizens, countries in Africa are compelled to turn to foreign sources of financing. However, these mainly take the form of credit from international financial institutions and direct loans whereby the creditor imposes socioeconomic and political requirements which limit a country’s sovereignty.

Consequently, the actual effect that is achieved may turn out to be the opposite of the stated goals and results in underutilizing the potential for economic growth, deterioration in the quality of this growth, restrictions on the ability to use other sources of funding and, ultimately, limitations on sovereignty.

Sovereign bonds and other forms of borrowing on the capital market account for just a small proportion of African debt, but some countries on the continent are still unable to access this form of financing. What is the reason for this situation? What is the real cost of concessionary financing from the IMF and World Bank? Why is it that multinational corporations extracting minerals in Africa are able to attract capital on far better terms than countries where these natural riches are located? What will be the consequences for African countries if the current economic model continues to be used?

Participants will try to answer these questions during the panel discussion ‘Economic Sovereignty for Africa: Problems and Solutions’, which will be held as part of the business programme of the Russia–Africa Economic Forum on 23 October 2019.

Both African and Russian experts will speak at the session: Russian Deputy Minister of Foreign Affairs and Special Presidential Representative for the Middle East and Africa Mikhail Bogdanov, Chairman of the Supervisory Board of the International Sovereign Development Agency (IASD) Konstantin Malofeev, Director of the Centre for Global and Strategic Studies at the Institute for African Studies under the Russian Academy of Sciences Leonid Fituni, Minister in Charge of Integration and Macroeconomics at the Eurasian Economic Commission Sergei Glazyev, Founder of Africa Development Solutions (ADS) Samba Bathily, Co-Founder of New African Capital Partners Paulo Gomes, and President and CEO of Africa Finance Corporation Samaila Zubairu.

They will discuss current approaches to assessing the borrowing potential of African states and offer a recipe for restoring the economic sovereignty and accelerating the development of African countries.

“Real sovereignty begins with economic sovereignty. Nowadays, a lot of the financing received by African countries is granted on unfavourable conditions, and access to capital markets is restricted in one way or another for dozens of countries, in spite of good development potential”, Konstantin Malofeev said.

According to estimates by the International Agency for Sovereign Development, African countries have unutilized borrowing potential of over USD 100 billion, while more than USD 200 billion in existing debt could be refinanced under less severe conditions.

The theme of attracting investment while maintaining sovereignty is not only relevant for residents of African countries, but for anyone who is eyeing African markets today. According to experts, Russian companies may be interested in investing in the economy of countries in this region. “In Soviet times, very strong ties were developed with Africa. And despite the fact that our close cooperation was interrupted in the 1990s, we can now talk of a certain increase

in cooperation. Russian private business is increasingly showing interest in investing in this region, despite the risks that exist”, Fituni said. “Indeed, the rate of return on invested capital is higher in Africa today than in all other regions of the world.”

Do not put all your eggs in one basket

Indian investors have lots of confidence in Ghanaian economy — High...