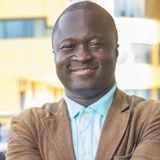 “We have elected to put our money and faith in a mathematical framework that is free of politics and human error.” …Tyler Howard Winklevoss, Founder of Winklevoss Capital Management

The Ghana banking and finance terrain has seen turbulent times since 2017 due largely to the regulator`s implementation of reforms. This action resulted in the collapse of many indigenous financial institutions with repercussions of job losses and an ‘all-time’ lowering of customer confidence.

In the light of this ‘unpleasant’ experience, many stakeholders have called the regulator to ‘order’ because in their estimation, the ultimate culprit in this entire episode has to be the ‘watchman’(regulator).  The Central bank in a bid to “reclaim lost glory”, has embarked on image lifting projects and programmes by supporting commercial banks to ride the storm and metamorphose into the next phase of development.

The Central bank governor recently indicated that Ghana could issue a digital form of the nation’s currency, the cedi, in the “near future” and is in talks to develop a pilot project in a “sandbox environment.”  This therefore shows that Ghana will be joining the ranks of nations eyeing the launch of a central bank digital currency. This project is definitely new to the nation`s banking and finance sector but digitization is the future and therefore it should be a welcoming news for all and sundry.

The widely noted rise of bitcoin and other digital currencies worldwide could have profound impacts on financial systems and on the practices of the central banks.  Will paper currency finally become obsolete? Will bitcoin and its siblings replace the dollar, the cedi, the euro or the yen? Should central banks issue their own e-currencies? What opportunities do digital currencies present? What risks? Five implications are outlined below:

Although physical currency is still widely used in most countries (with the exception of Sweden, where the use of cash is shrinking rapidly), consumers around the world routinely conduct transactions without physical currency, using credit cards or mobile phones to pay.  Further, much of the money that central banks (bank reserves) issue exists only in electronic form. So, in some sense, the idea of digital currencies is not completely new.

Agustin Carstens, General Manager of Bank of International Settlements said in an interview    that: “when they introduced credit cards, we had to learn how to deal with credit cards and nothing happened…. we survived it. So, I think we will do the same with digital currencies”

Digital currencies and other innovations in payment systems could increase the speed of domestic and cross-border transactions, reduce transaction costs, and eventually broaden access to the financial system by poor and rural households.

Digital currencies and related technologies are likely to reduce transactions costs and decrease the price of acquiring and sharing information, which sound good but can destabilize financial markets and intensify contagion from one market to another. They could undermine the business models of conventional banks and their role in the financial system, making it hard for central banks which operate largely through the banking system to maintain financial stability.

Issuing its own digital currency would prevent a central bank from losing market share to bitcoin, and it could make it easier for a central bank to pursue negative interest rates (charge a fee to depositors rather than pay interest) during an economic downturn. But an official digital currency could reduce the role of traditional banks as intermediaries and lenders, and could pose big problems during a financial crisis, if depositors pull money out of traditional banks to deposit it at the (safer) central bank.

Central bank digital currencies can facilitate wrongs against banks. They can attract resources to central banks and away from commercial banks. That opens a whole can of worms. The central banks are not created to intermediate financial resources.

In a systemic crisis, households and businesses could seek to hold their wealth in the riskless central bank liability rather than the riskier private sector one. While this shift could also happen now between deposits and cash, a digital currency would make it cheaper and faster, making ‘digital bank runs’ more frequent and more severe.

Ebenezer ASUMANG (CGIA) has extensive working experience in mainstream Banking, Savings & Loans, and the Microfinance institutions. He is a Chartered Global Investment Analyst, a Researcher and an Amazon published Author.

The need to introduce rent tax