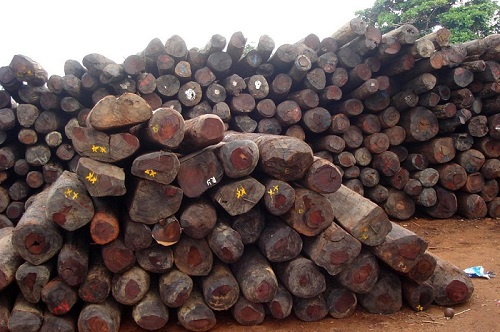 Delegates at  18th Conference of Parties to the Convention on International Trade in Endangered Species (CITES COP 18) which ended in Geneva, Switzerland on Wednesday, August 28th, 2019 have accepted a proposal for exemption of certain rosewood use.

The rosewood issue has been among key priority items on the agenda for discussion by the delegates from the 183 member countries including Ghana. Rosewood is listed under Appendix II of CITES listings of endangered species, meaning it cannot be exported without going through the necessary regulations and permits.

Media reports from the COP say that on Monday August 26th, 2019, following recommendations of one of the Working Groups, delegates accepted a proposal from Canada and the European Union that would allow certain exemptions of rosewood use. These are for finished musical instruments and component parts that contain rosewood. Other exceptions are for rosewood products like small handicrafts weighing less than 10 kilograms per shipment, which is a change from earlier proposals that set the limit at 500 grams per shipment.

This move according to the Director of the Forest Legality initiative of the World Resources Institute, Charles Barber “is a common-sense measure that rectifies a key implementation barrier for the otherwise essential rosewood listing decided at COP 17 in October, 2016.”

This change does not in any way mean rosewood export is now deregulated under CITES. Mr. Barber explained that what the change means is that “Rosewood raw material that goes into instruments remains regulated under CITES, but once it is transformed into a finished musical instrument, it will no longer need CITES documentation.”

In other words, if value is added to raw rosewood specifically transforming it into musical instruments or small handicrafts, it can be exported with ordinary export documentation. It is obvious this new change will not apply to West African Sub-Regional countries like Ghana Benin, Guinea, The Gambia, Senegal and Sierra Leone, where illegal trade in rosewood is said to be impacting negatively on their socio-economic development.

In all of these countries, rosewood is mostly illegally harvested and exported in its raw form as logs, without any value addition and mainly, to China and other Asian countries in response to the high demand for rosewood furniture and artifacts.

In Ghana, concerned foresters, environmentalists and conservationists are worried about the way the rosewood issue is being handled. They are particularly disturbed about the manner in which permits are indiscriminately issued by the Ministry of Lands and Natural Resources and the Forestry Commission, for harvesting rosewood in total disregard to the regulatory regime such as Timber Utilisation Contracts (TUCs) and salvage permits logs for logging.

See Also:  How swift is your bank with the new SWIFT gpi?

He expressed dismay that even national parks have fallen victims to illegal rosewood harvesting. “But this is also happening in national parks including Mole and Kpalakpa that are wholly protected areas and not production reserves,” stressing that “here, even when trees fall down, they are not to be collected, but left to rot as part of the conservation mechanisim.”

Therefore, Parker questioned the rationale behind giving people salvage permits to collect confiscated or abandoned rosewood logs from national parks, and said “in that wise, they are being encouraged to illegally log in such places, so that afterwards they will go for permits to collect them.”

He called for the right thing to be done. “In fact, if you want rosewood to be cut, go according to the law. Issue people with TUCs and stop issuing salvage permits for areas where the trees are not under threat. But if you must issue salvage permits for rosewood, then you must come out with reasons such as road construction in the area, expansion of farmlands or some form of development activity, which will end up destroying the trees. Because if you give people salvage permits to go and salvage trees that are not under threat, it is illegal.”

Parker believes that government can do the right thing by getting rid of the unnecessary politicization of the permit regime and ensuring that rosewood is captured under the Wood Tracking System (WTS), which is part of the process for ensuring legality in timber trade under the Forest Law Enforcement Governance and Trade Voluntary Partnership Agreement (FLEGT-VPA) between Ghana and the European Union (EU).

He said as a country, our definition of legal timber starts from the management planning of a forest, access, transportation, processing and export. “So once along the chain, one stage is compromised, it is illegal. And the WTS has been built in such a way that it will raise red flags on that particular log or product and this could derail the entire FLEGT-VPA process that has been on-going since 2009 when the agreement was signed.

“This will be a disgrace for Ghana, yes, it will be a national disgrace. So we have to quickly address the issue,” Parker added.

For his part, Samuel Mawutor formerly of Civic Response and now an independent forest researcher, was alarmed that intensive logging should be allowed in the northern part of the country known to be ecological fragile. He noted that the purpose of the logging regime is to provide resources for the people to develop and on that basis raised several issues about the current rosewood logging in that part of the country.

“So the first question we should ask is, is logging in the north helping them to develop? If it is not then it means the whole purpose of logging in the north has been defeated. The other question we should ask is that is the northern region an area suitable for commercial logging? You look at the high forest zone where most of our timber concessions are located because logging is part of forest management, so you can take some trees from time to time and allow the forest to regenerate. But what is happening in the northern part of the country is not really organized logging.”

Mawutor argued that had the rosewood logging going on in the northern part of the country been properly allowed and organized, a lot of considerations will have been given to it, because of its ecological fragility. “It will raise a lot of questions and there will be a lot of carefulness, a lot of considered attention to how logging is done. But currently, people just go and cut the trees, they abandon them and then profit makers are given permits to take them,” adding, “What is happening there now, is a complete madness.”

He said the situation has created the impression that “government does not really have a sense of collective responsibility for the trees in northern Ghana. So it is just an easy place for getting money, and this has really turned into a political issue. It’s political and it’s partisan. Every government is milking the north. And since the people will not also organize and resist, and there are pockets of the people in the area who are benefitting, it’s now an alliance.”

Mawutor explained that farmers are being used as scape goats for the illegality going on in the north. “But when you talk about the volumes which are happening, then logically the kind of farming supposed to be happening there, must be massive, which is not the case for those farmers. So the logic doesn’t add up and they are making so much money from the rosewood from the north and nothing is going back to them as give back.”

Meanwhile, CSOs have welcomed the government’s moves to investigate corruption in the rosewood trade in the country by establishing a seven-member committee to carry out the task and hope it will contribute to addressing the illegal logging of rosewood in Ghana.

By Hook or by Crook