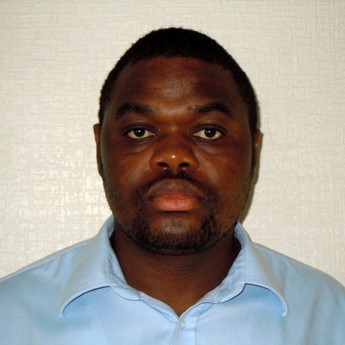 The 15 countries of the Economic Community of West African States have agreed to adopt, as of next year, a new shared currency, the ‘ECO’. But, as the euro-zone’s experience has shown, currency unions can be unwieldy. Creating a successful one will require the ECOWAS countries to overcome serious challenges.

The work of economist Robert Mundell suggests that an “optimum currency area” must satisfy four main conditions. The first is a large and integrated labour market that allows workers to move easily throughout the currency union to fill employment gaps. Price and wage flexibility, together with capital mobility, are also necessary to eliminate regional trade imbalances. These two conditions imply the need for a third: a centralised mechanism for fiscal transfers to countries that suffer as a result of labour and capital mobility. Lastly, participating countries should have similar business cycles, to avoid a shock in any one area.

The ECOWAS member-states are well aware of these conditions, which guided the ECO’s six convergence criteria. Those criteria include a budget deficit below 3% of GDP; public debt of no more than 70% of GDP; inflation of 5% or less; and a stable exchange rate. Moreover, gross foreign-currency reserves must be large enough to provide at least three months of import cover, and the central-bank financing deficit must not exceed 10% of the previous year’s tax revenue.

So far, ECOWAS countries are struggling to meet these criteria. For example, only five countries – Cape Verde, Côte d’Ivoire, Guinea, Senegal, and Togo – meet the requirements on inflation and budget deficits. This disappointing reality led Mahamadou Issoufou, ECOWAS chairman and Niger’s president, to confirm that while “countries that are ready will launch the single currency” in 2020, “countries that are not ready will join the programme as they comply with all six convergence criteria”.

And yet ensuring that all members meet the convergence criteria is only the first step toward creating a successful West African currency union. The ECOWAS countries are beset by insecurity and corruption, and they currently have many arbitrary tariff and non-tariff barriers in place. Furthermore, the region’s supply-chain infrastructure remains inadequate. And, should Nigeria join, the union could be subject to a significant structural imbalance: with Africa’s largest economy, Nigeria, accounting for 67% of the bloc’s total GDP.

Complicating matters further is the extent to which outside forces, especially France, will shape the currency union’s trajectory. ECOWAS includes eight Francophone countries – Benin, Burkina Faso, Côte d’Ivoire, Guinea-Bissau, Mali, Niger, Senegal, and Togo – that have had a single currency, the West African CFA franc, since the days of French colonial rule.

In fact, it was initially proposed that ECOWAS’s remaining seven countries – Cape Verde, The Gambia, Ghana, Guinea, Liberia, Nigeria, and Sierra Leone – should first form a monetary union on their own. Once this new currency union had proved functional and valuable for its members, it would be much easier to convince those using the CFA franc to join their West African partners.

After all, the France-backed currency, which is currently pegged to the euro, offers significant advantages – including exchange-rate stability and lower interest rates. Members of the West African CFA franc currency union might not want to risk these benefits by joining an unproven currency union with countries that have a history of high interest and inflation rates. And France itself has an interest in the CFA franc countries’ rejection of the ECO, because they deposit half of their foreign reserves in the French Treasury.

Despite these formidable challenges, there are reasons to be optimistic about the ECO – beginning with its potential to accelerate regional integration. A successful ECOWAS currency union would likely spur progress on the proposed East and Southern African Monetary Zones. This would go a long way toward advancing progress on the ambitious African Continental Free Trade Area.

The euro-zone’s experience showed how unruly currency unions can be, and how important it is to continue experimenting and adapting. An ECOWAS union will be no different. But if member-countries commit to making it work, the ECO could be a boon to regional – and continental – growth and development.

Simplice A. Asongu is Lead Economist and Director of the African Governance and Development Institute.