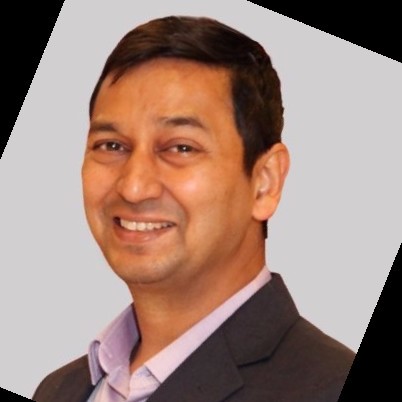 In the era of globalization and 24*7 connectivity, a question that vexes all leaders is – what delivers better shareholder results – a centralized command and control structure or a federal, decentralized structure?

The Geocentric (Geo – Earth, Centric – centered) model of the world has been in existence for a few millennia, from the 6th century BC. It believed that the Earth was the center of the universe and that all stars and planets revolved around it. In the modern-day organization, this would be the quintessential decentralized or federal organization – the operating country/ unit is central to the business, all the powers are devolved to the unit.

The Heliocentric (Helio- Sun) theory was propounded by Copernicus in the 16th Century. This theory held that the sun was at the center of the universe and that the earth, other planets and stars revolved around the sun. Its parallel in modern management is the command and control centralized structure where the power, decision making, policy – everything rests with the center and operating units feed from that power.

There are some organizations where the Heliocentric model is the best option. A country’s armed force cannot run smoothly if each division has a separate command or a separate process to deal with situations. Similar is the way Governments work. As a citizen you would not want rules to change every 15 kilometers you traverse.

See Also:  A walk into the Neuropsychology of Bipolar Disorder and Neuropharmacology

There are some businesses where the geocentric model is the best option –say hospitality or the food business. The local palate should determine what is served in a restaurant, not what is eaten in the company’s parent country.

While both these models serve their purpose, the rigidity with which they are clung to result in opportunity losses.

Apple is a classic example of a heliocentric organization. Everything is controlled by Cupertino. This is a story, possibly apocryphal –  for a dealer event in Singapore when some T-shirts were to be made, it was mandated that the design was to be approved by Mr Steve Jobs himself. While this kind of focus has helped Apple reach unimaginable scale, in the fastest growing handset markets of the world – India and Africa, where price plays a key role, Apple phones have limited market share. Will it go down in history as a gigantic miss, only time will tell.

There is an abundance of stories on how the Geocentric model has failed companies – the brand takes a beating, controls become loose and financial discipline suffers.

It looks like it is a tightrope walk – the one between a geocentric and a heliocentric model.

Google, Uber, Amazon are the new age companies seem to have have bridged this gap skillfully. Thanks to their amazing algorithms, a consumer is always made to feel it is a local application/site that she is using. While retaining their technological integrity, these companies have kept their ears so close to the ground that they mirror the ethos of the country they are in.

Over time, some organizations have moved from one end of the spectrum to another. Unilever is an example of a company that has segued smoothly from the heliocentric to the geocentric model. The share of indigenous products in its portfolio across countries demonstrates its flexibility. While the products have been localized, the processes, quality controls are still centralized.

The Telecom industry in India is an example of movement from a Geocentric to a Heliocentric model in a span of a few decades.

Coming back to the planetary models, it took almost 2500 years for scientists to realize that neither the Geo nor the Helio centric models reflect reality. Only in the last few centuries have we realized that there is no one center to the Universe and that the solar system and the earth are but a speck in the Universe.

The same applies to the organizations and structures, they are a part of a larger ecological, regulatory landscape. Organizations fail when they think they are the universe, and get stuck in their structural rigidity.  It is important for organizations to realize that the rules within need to take cognizance of the rules without.

The writer is the Chief Operating Officer at AirtelTigo Ghana. Murthy is a seasoned professional. He has essayed leadership roles in diverse industries like FMCG Consumer Durables and Telecom.  A keen observer of the world, he loves travelling, sports and dabbles in writing. This is the third in the series on the lessons from science, the others can be read at www.thebftonline.com

The contents in the article reflect the views of the author and not those of any organization”.

Useless Column: Give it to her