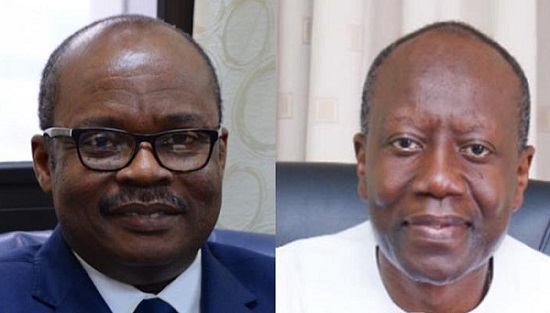 It has been more than two weeks since the revocation of licences from 23 finance houses and savings and loans (S&L) companies, but the Finance Ministry and central bank are yet to inform Ghanaians as to how much of taxpayers’ monies will be spent to pay off depositors and strengthen existing institutions.

From the Finance Ministry and central bank’s own precedents, when licences are revoked information is immediately provided, either through a media release or press conference, as to how much it will cost the taxpayer; and through which means the capital will be raised to take care of depositors and strengthen existing institutions.

When the licences of UT and Capital Banks were revoked in August, 2017, the central bank announced an issuance of bonds to cover the cost and allow GCB Bank to assume the ownership of selected assets and liabilities of the two banks. That cost the taxpayer at least GH¢2.4billion.

A year later, upon the revocation of licences of five banks – Construction, uniBank, Beige, Royal and Sovereign banks – the central bank announced the creation of Consolidated Bank with a stated capital of GH¢450million, and the issuance of GH¢5.7billion in bonds to cover the immediate liabilities of all five banks.

In May 2019, the Finance Ministry announced an allocation of almost GH¢1billion to help clean-up the microfinance sector. In less than three weeks, the central bank announced the revocation of more than 300 microfinance and microcredit licences and the appointment of a receiver – who was backed with GH¢1billion to pay off depositors.

But since a couple of weeks ago, when the central bank revoked the licences of 23 S&L savings and loans companies and finance houses, taxpayers are yet to know exactly how much of their monies will be used to pay off depositors.

Since the revocations, several public statements – including the president’s state of the nation address, Vice President’s speeches at events, the Finance Minister’s budget presentations and mid-year review – have consistently laid out how much it is costing the taxpayer to clean-up the sector.

Current pronouncements peg the total cost of clean-up for the universal banking and microfinance space as standing at GH¢12billion. The clean-up cost does not include the savings and loans companies and finance houses.

The lack of information flow from the regulator and ministry is causing worries in financial circles. Some industry players, who spoke on condition of anonymity, argue that the deficiency of information is of more concern than even the revocation of licences – as the sector relies on the availability of information on a consistent basis.

Finance Minister, Ken Ofori-Atta, recently tried to assuage the fears of depositors affected by the clean-up, since customers of microfinance, savings and loans and finance houses are yet to receive their deposits despite the revocations.

Speaking at the 56th Annual Session of the Ghana Baptist Convention (GBC) at Ejura in the Ashanti Region, he indicated that the financial sector clean-up exercise is a bold step to bring sanity into the banking sector while ensuring the Ghanaian depositor does not suffer any loss.

Urging Ghanaians to support government to succeed in that bid, the Finance Minister also appealed for the affected depositors to ignore the propaganda and politics which seek to undermine the good efforts of both government and the central bank. As he assures depositors to exercise patience, what taxpayers want to know is how much is going to be used to pay off depositors.

The central bank, after the revocation of banking licences, embarked on an information campaign to assure investors and depositors that the existing institutions are safe and well-resourced to do business with. With advertorials in newspapers, radio and television stations, the BoG provided much-needed information to calm the nerves of Ghanaians.

But the same cannot be said since the revocation of licences of microfinance and microcredit companies. Apart from the release of a list on the BoG’s website, there has hardly been any campaign to assuage the fears of depositors and customers of existing microfinance, savings and loans companies and finance houses.

The good and ugly of Exxon Mobil