If government intends to meet its targetted tax revenues, it must – as a matter of urgency – review the benchmark values, pass the tax exemption bill, and introduce strategies to rope-in the informal sector of the economy, audit and advisory firm PwC has said.

PwC, in its post-2020 Budget analysis, called for restructuring of the tax system to avert this ill-fate that has been a bane to the economy for some years now.

“In our view, the restructuring of the tax system should include exploring ways of broadening the tax net to include, especially, the informal sector; and a review of the current benchmark values system being operated at the ports. We also recommend that the Exemptions bill – which was introduced during the first quarter of 2019 and aimed at streamlining and sanitising the exemptions regime in Ghana – be passed into law as soon as possible.

“In addition to the above, it is our expectation that restructuring the tax system will result in the employment of technology to make the tax system more efficient and taxpayer-friendly, especially as Ghana’s ranking fell by four places to 118 in the 2019 World Bank Ease of Doing Business Report,” the report stated.

The report further added that extending the Special Import Levy (SIL) to 2024 will be a thorn in the flesh of businesses, especially importers, as it will further increase the cost of imports.

“Contrary to expectations, government has indicated in the 2020 Budget that the 2 percent SIL will be extended from its current end date of December 2019 to December 2024.

“With the extension of the SIL by a further five years, it appears government does not want to lose the tax revenue generated from the levy. However, this decision by government may lead to an outcry by the business community, particularly importers, as the levy increases cost of imports and the general cost of doing business at Ghana’s ports. Government may need to decide whether to abolish the tax on its next expiry, or not assign an expiry at all should it be extended again to ensure certainty,” the report said. 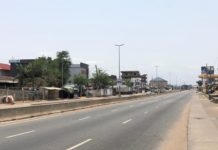 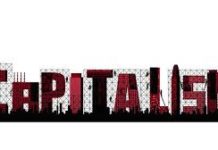 Fraud is no respecter of persons -internal fraud in banking