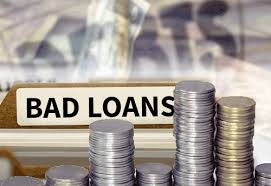 Out of the total amount of bad loans that have become an albatross around the neck of banks in the country, the private sector alone accounts for more than 97 percent of it, the Banking Sector Report (September 2019) published by the Bank of Ghana has revealed.

According to the report, the total amount in the books of banks classified as Non-Performing Loans (NPLs) has hit GH¢6.91 billion by August 2019. Of this amount, 97.6 percent, translating into GH¢6.7 billion are with the private sector. To put this in a more appreciable light, the NPLs from the private sector is more than the amount used to clean up the microfinance and savings and loans sectors together; and also, more than one-third of the funds used in cleaning up the entire financial sector.

The situation gets more worrying when the amount is further disaggregated. Indigenous private enterprises accounted for 73.7 percent of total NPLs within the period under consideration. What this means is that, companies owned by Ghanaians owe banks more than GH¢5 billion; whereas foreign-owned companies owe just GH¢1.8 billion, representing only 8.5 percent of total NPLs.

This may well explain the reason why banks have remained close-fisted in advancing loans to the private sector, given the infamous track-record of the sector over the years. The same Banking Sector report underscores this as it shows that credit advancement to the private sector declined within the period in favour of loans to public sector.

In fact, this comes as no surprise as the Bank of Ghana’s Credit Conditions Survey, expected banks not to behave any differently in their stance to be cautious in releasing loans to the private sector.