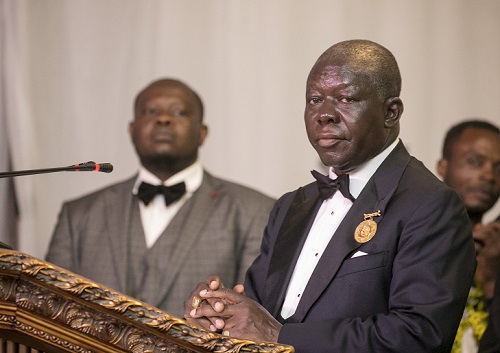 Business leaders and foreign envoys who attended the World Meets Ghana Investors’ Forum and Executive Dinner Ball – at the Golden Tulip Kumasi City and the Manhyia Palace respectively, praised the country’s investor climate and promised to serve as ambassadors to woo investors into the country.

The historic programme, which had an international touch, was organised to honour the Asantehene, Otumfuo Osei Tutu II, as part of activities marking 20 years of his reign as the 16th occupant of the Golden Stool.

The programme was organised by the EON 3 Group, headed by young Ghanaian entrepreneur Mr. Richard Ofori Atta, and the Manhyia Palace – official seat of the Asantehene.

During the two days, the Minister of Finance, Ken Ofori Atta, and top businessmen from Ghana and abroad sat under one roof as they brainstormed about what needs to be done to help accelerate national growth, especially the business sector. 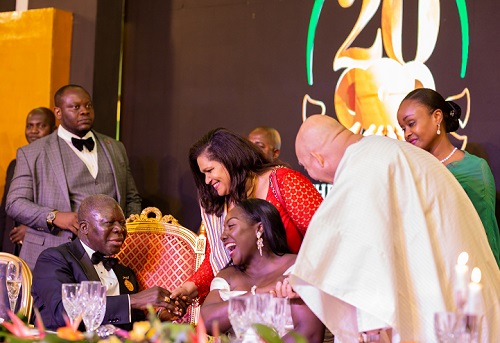 The Asantehene, Otumfuo Osei Tutu II, described government’s ‘Ghana Beyond Aid’ policy as one of the most ambitious policies that the country has adopted in recent times, calling for active support from Ghanaians and the international community so the positive programme can succeed.

“It is in this vein that we have welcomed the president’s vision of the for Ghana Beyond Aid. It is not a vision for the faint-hearted. It is bold. It is brave. It is a vision that deserves support, not only from Ghanaians but from all Ghana’s friends across the globe,” he said.

He noted: “The economy may not have performed to the optimum of expectations, but even with all the shifts and turns on the political landscape it has remained relatively resilient. It tells you that we have what it takes to break the mould of dependency and achieve the goal our leaders have set for us”.

Otumfuo appealed to foreign investors to do business in the manufacturing sector of the state, so as to help provide jobs for the unemployed and also expand Ghana’s economy – adding that the mass importation of food into shops and shopping malls is not helping the local currency.

According to him, Ghana boasts vast fertile lands, especially in the Sekyere Afram Plains, that can be used for farming to help the country become the main supplier of food in the West African sub-region, further assuring of his support for any genuine potential investor.

The Finance Minister, Ken Ofori Atta, speaking during the Investors’ Forum enumerated the numerous positive policies government has implemented within its short stay in political office to improve the economy and also attract investors to do business in the country.

On his part, the Ashanti Regional Minister, Simon Osei Mensah, highlighted the key areas where businessmen can invest in the Ashanti Region and make profit in return. He said the region is fertile for all forms of businesses, especially the agricultural sector. 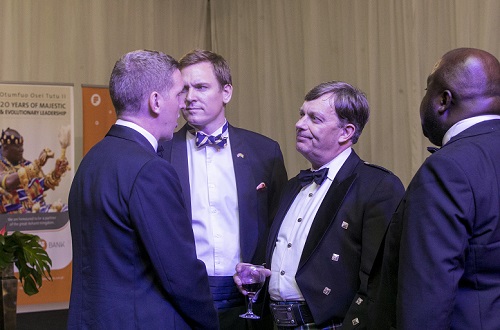 He also tasked leaders of the country to put more energy into marketing the business opportunities which abound in the country to the world, so that businessmen from all over the globe will travel to Ghana and invest.

“So far, from geographical wealth, Ghana needs to give a compelling narrative to the world,” the famous public speaker said, asking “Is it Ghana’s time?” and “Are we building more walls instead of bridges”.

According to him: “Progress in developing countries can be achieved without either substantial levels of protection and large amounts of direct support, but through focusing on quality Foreign Direct Investment (FDI), Foreign Institutional Investment (FII) and non-resident Ghanaian investment”.

In this regard, the international speaker implored countries like Ghana to focus on proper strategies that will enable to them attract FDI’s so that their countries become strong economically in order to rub shoulders equally with developed countries. 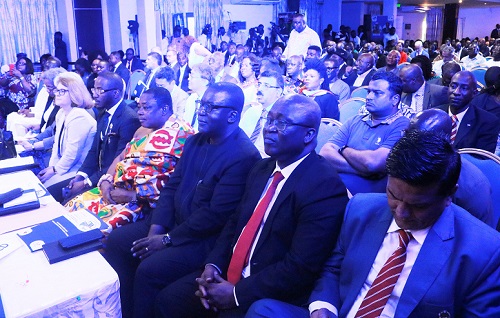 Prof. Tal Edgars also suggested that Ghana implement policies such as “open markets to allow FDI inflows; reduce restrictions on FDIs and provide open, transparent and dependable conditions for all kinds of firms, whether foreign or domestic to attract FDI”.

He predicted a strong Ghanaian economy going forward: “Just purely looking at the demographic trends and the recent policies would merit a certain allowance of belief that for the next 10-20 years Ghana can be – and one could argue, should be – a productive, sustainable investment return economy at a time when the rest of the world is regressing”.

Only industrialisation can save job losses—Jospong CEO

Choosing a portfolio for investment